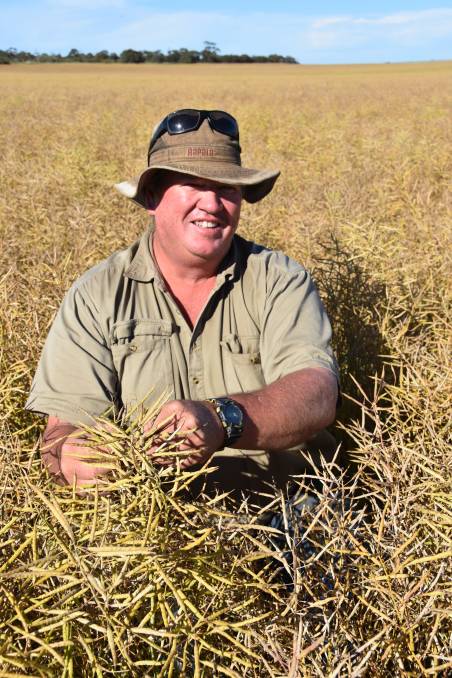 On Monday, Mr Basham announced all farmers in SA - except those on Kangaroo Island - would have the opportunity to grow GM crops if they wanted next season.

He said the decision to reject all 11 applications had been made on the recommendations of the GM Crop Advisory Committee, which was a long-standing committee with members appointed by Labor, and chaired by former Labor politician Anne Levy.

"If I'd done anything differently to their recommendation, there would have been an outcry," he said.

While the news has been welcomed by grower groups - with Grain Producers SA chair Adrian McCabe calling it a historic day that "after 16 long years we can now aspire to be on a level playing field with our mainland interstate counterparts" - there has been some backlash from local councils.

Mr Basham said while he entered the process with an open mind, he had thought it "unlikely" that any councils would qualify to gain an exemption.

"We've had numerous reports done previously that showed the only area in SA able to prove an economic advantage was KI," he said.

"It would have been very unlikely for other regions as they've been unable to do it in the past - but that didn't mean they couldn't."

The committee found that while the Adelaide Hills Council, Barossa Council and City of Onkaparinga in particular had strong applications, "the evidence provided still (did) not meet the trade and marketing impact threshold".

"While the committee acknowledges the perceived concerns regarding potential threats to trade and marketing, individual business' non-GM markets can be maintained as occurs in other mainland states where GM food crops are permitted without designation as a no GM food crop area," Ms Levy said in her letter of recommendation to Mr Basham.

While the original deadline was set for November 13, Mr Basham said he had made the decision as soon as he had all the relevant information and there was no chance for it to be revised.

We need to embrace new technology and this is one SA has been locked out of. - DAVID BASHAM

He said it was not just the state's graingrowers that would benefit from the new technology, with GM ryegrass options being developed and well as other potential opportunities.

"We need to embrace new technology and this is one SA has been locked out of," he said.

Mr McCabe said the decision to lift the moratorium across mainland SA would unlock the economic potential of SA's cropping sector in line with the SA Grain Industry Blueprint's vision to create a $6-billion industry by 2030.

"This decision will attract investment to SA's world-class research and development facilities," he said.

Since there are no exemptions to be gazetted by the November 13 deadline, the legislation enacted in May to remove the moratorium will remain unchanged. 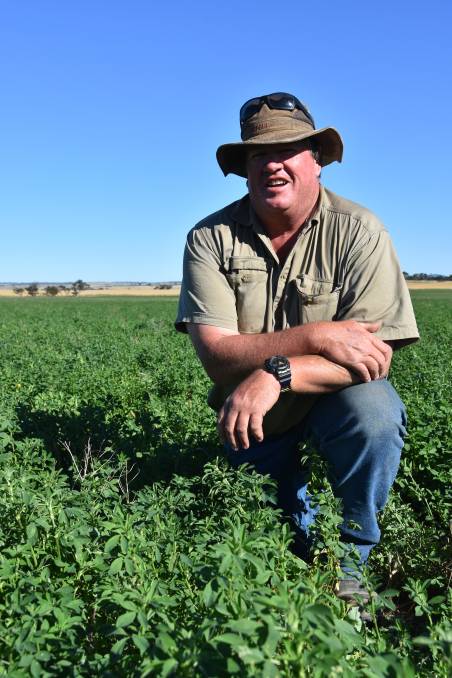 HARTLEY farmer Tim Harvey was excited about the genetically-modified crops ban being fully lifted, with frost and heat-tolerant crops and GM pastures some of the technologies he was most interested in.

"GM canola will be another tool in the toolbox for weed control and PodGuard traits, but the big one for us is frost-tolerant crops," he said.

"We have had some crops hit by frost nine out of the past 11 years, with those paddocks now run as pastures."

He said while they had put in their canola order for next season, they would be trying to adjust it to include GM canola.

"Our agronomy company is Vic-based, so we have seen for a while how co-existence works," he said.

"I am glad the state government has now made this decision and we can start seeing research dollars head back into this state."

Sponsored by
A unique coastal mixed farming operation on the Lower Eyre Peninsula has hit the market and, due to conservative management practices, is likely to generate strong interest.
Test
THE high retention of crossbred ewe lambs in recent months has been labelled an "unprecedented" move by producers, according to processors that are battling to secure much-needed stock numbers.
Test
RMAC's new chairman on MoU review, and $41m industry fund.
Test
It comes after amendments were made to the government's media bargaining code legislation.
Test
ACCC chairman Rod Sims has used a major speech to reinforce the commission's priority for the mandatory fitting of rollover protection devices on quad bikes.
Test
AT GOOLAGONG'S fifth annual bull sale at Warnertown on Friday, both Angus and Santa Gertrudis bulls set stud records.
Test
Injemira Redford J006 Q287 sells for $160,000
Test
Edible insects a good example of emerging agricultural opportunities.
Test