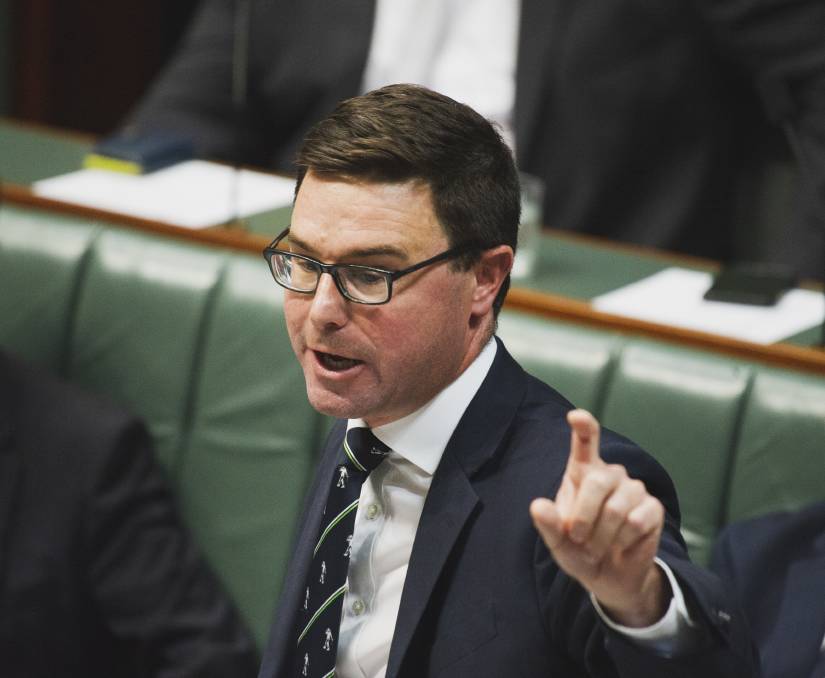 TAKING RESPONSIBILITY: Federal Agriculture Minister, David Littleproud, has confirmed he doesn't support the mandatory fitting of rollover protection on quad bikes saying people should take responsibility for their own actions.;

Federal Agriculture Minister David Littleproud has weighed into the bitter debate about compulsory rollover devices on quad bikes, saying people should take responsibility for their own actions.

Save the Quad Bike in Australia director Craig Hartley last week briefed Mr Littleproud on his organisation's staunch opposition to the Federal Government decision to mandate the fitting of rollover protection devices on new and imported second-hand quad bikes from October next year.

He said the briefing had been at Mr Littleproud's request and claimed the Minister agreed with his organisation's stand.

In a brief written statement Mr Littleproud made it clear he didn't support the move to force manufacturers to fit operator protection devices.

"While industry (headed by the NFF) and the Australian Competition and Consumer Commission are in agreement with this reform, my own view is that people should take personal responsibility for their own actions rather than the government having to continually regulate," he said.

"Farm safety is something I take very seriously and the government has committed $3.5 million towards national safety programs since the election."

Some leading global manufacturers of quad bikes including Honda and Yamaha have announced they will withdraw from the Australian market rather than comply with the mandatory fitting of rollover protection devices.

Mr Hartley owns a motorcycle dealership at Dalby on Queensland's Darling Downs and said the disappearance of high-selling brands of quad bikes would be a disaster for regional businesses like his across regional Australia.

Previously Mr Hartley has claimed up to 228 dealers and $800 million in revenue could be lost to regional Australia.

He said there was growing concern among many senior Morrison Government members about the quad bike issue.

He said the Assistant Treasurer Michael Sukkar had made the decision on compulsory rollover protection but was now refusing to address its economic and social impacts across the bush.

"Look, everyone knows you can drive a truck through this entire process. It's ridiculously poor policy making that makes a mockery of the ACCC as a regulatory agency.

"And we also know that the approach is not supported by a majority of farmers.

"What's important to note though is that there is a solution that saves lives, jobs and businesses.

"That solution resides with bringing globally respected manufacturers back into Australia and seeing them as a key partner to addressing on-farm safety.

"Forcing them away makes absolutely no sense if you are genuine about saving lives on farms." 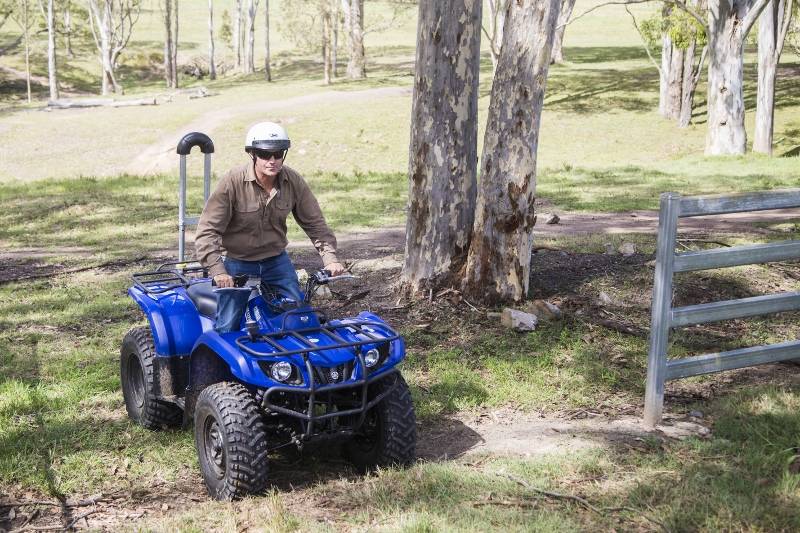 SAFER OUTCOMES: The debate about how to cut deaths involving quad bikes on Australian farms has become a long-running feud.

Mr Hartley has argued the quad bike legislation was designed to reduce on-farm quad bike deaths and serious injuries yet would not apply to the "500,000-plus quad bikes" already in the system.

He said senior politicians were now asking why alternative solutions were never entertained and why a national training and education campaign was not devised first, given that a large percentage of fatalities were young children riding powerful quad bikes against manufacturers' recommendations.

"Why were farm groups not asked to work with manufacturers on devising a nationally recognised licensing program given that states already implement the Learner Approved Motorcycle Scheme (LAMS) and rec-registration for non-registered bikes?

"Instead we've arrogantly pushed globally recognised and respected manufacturers out of the country while arguing we can address safety issues on our own."

The move to mandatory rollover protection was part of a two-part plan recommended by the ACCC to address high fatalities involving quad bikes on farms.

The first stage of the government's mandatory safety standard was introduced earlier this month which requires the testing of all new and imported second-hand quad bikes sold in Australia for lateral static stability with the results displayed on a hang tag at the point of sale.

Quad bikes must also be fitted with a spark arrester that conforms to the Australian or United States standard and meet certain requirements of the US or European quad bike safety standards.

"This first stage of the standard is a significant step in improving the safety of quad bikes in Australia, and addressing the extremely concerning rate of injuries and fatalities caused by quad bike accidents," ACCC deputy chairman Mick Keogh said.

"There have already been 16 fatalities this year, double last year's toll.

"Most quad bike accidents involve a vehicle rollover which can result in victims dying from injuries associated with being crushed by the quad bike.

"We know rollovers are one of the greatest risks to quad bike riders. The new hang tags will allow riders to quickly compare the stability of similar quad bikes when they are shopping around, and the warning label will remind quad bike users of the risks while riding," Mr Keogh said.

The story Littleproud says quad bike safety should be up to owners first appeared on Farm Online.