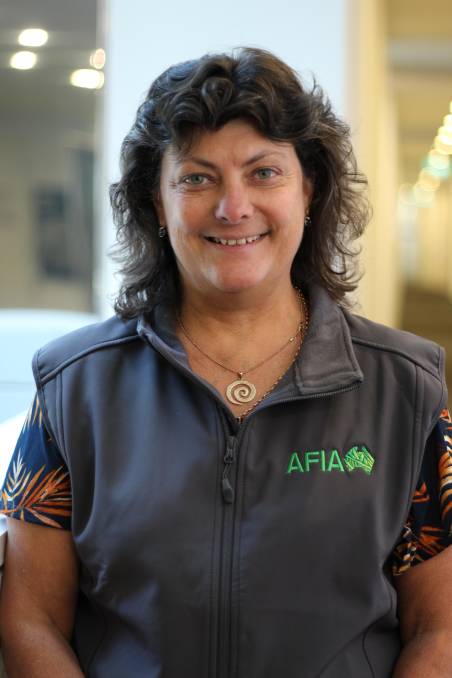 A DECADE ago, Suzanne Woods' search for hay safety signs revealed a gaping hole in the industry.

Her father had been involved with an on-farm hay related accident the year before.

She wanted to do what she could do to help prevent injuries and tragedies throughout the industry.

"I'd searched all the black and yellow safety signs," she said.

"I went to a number of online sites and looked at all the safety signs, they had some for agriculture with tractors and some of chemical safety and numerous others. But nothing specifically identifying hay."

These signs were created by a graphic designer working for the Woods family a decade ago.

They simply and accurately identify the dangers associated with hay production and transport.

"We've had them on our trucks, on a magnetic sign," Suzanne said.

"They are also stuck on the side of the hay shed, blown-up really big to A1 size."

Suzanne has become an industry safety advocate since her father's accident 11 years ago.

This accident was the catalyst for establishing National Hay Safe Day - on October 25.

"I didn't want another family to have to go through we had experienced," Suzanne said.

"It is very satisfying that out of something so awful, something positive could be achieved."

The contribution of safety to a business' bottom-line has been emphasised as part of National Hay Safe Day promotions.

"We have been highlighting that when you are budgeting at the beginning of the year, working out what to spend money on, we were encouraging people to make sure safety gets an allocation - and a decent allocation," Suzanne said.

"If you include it in the budget, it means you think it is important and you are going to make sure that you contribute some finances towards it."

While safety is something that should be constantly front-of-mind, Suzanne said having an official day for the industry was a great way to keep safety on the agenda.

"It (safety) is definitely front and central now, which is where is should be," she said.

"It is a legitimate conversation now."