A LOYAL following of stud and commercial buyers, many who have been clients for decades, ensured the Day families' 48th annual sale last Friday was also one of its strongest. 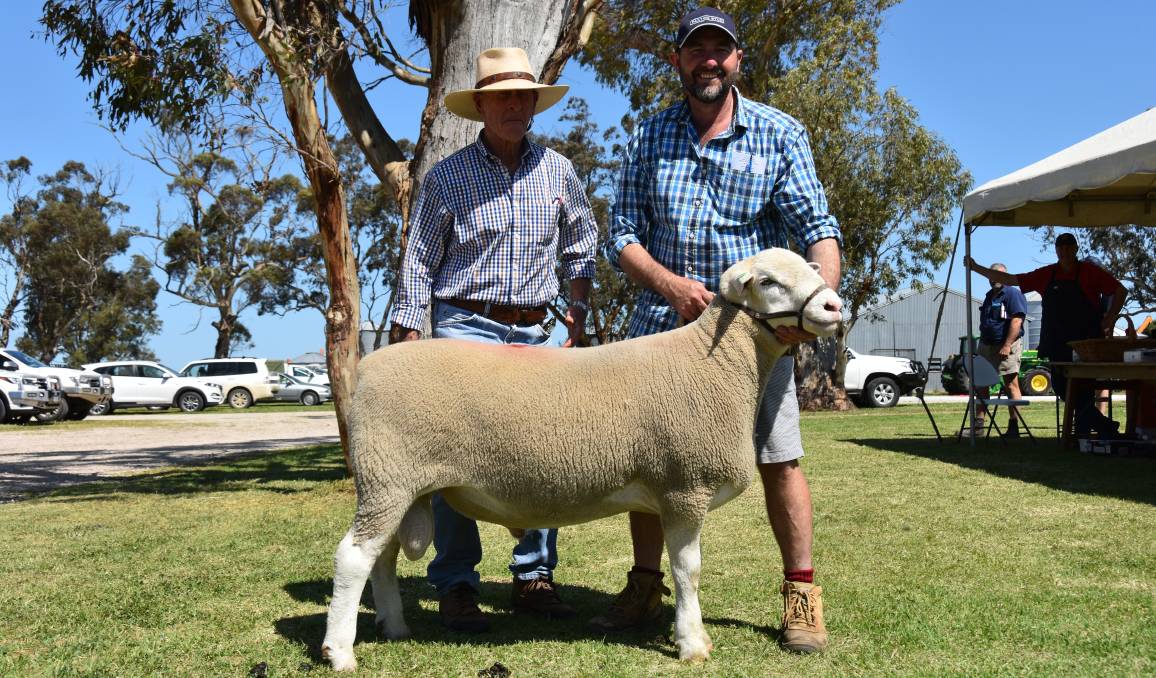 A LOYAL following of stud and commercial buyers, many who have been clients for decades, ensured the Day families' 48thannual sale last Friday at Bordertown was also one of its strongest.

This was despite them offering their biggest ever catalogue of rams.

In a more than four hour selling marathon, Lachy and Lou Day, Days Whiteface stud and Alastair and Jayne Day, Allendale stud sold 380 of 418 rams across the four breeds for a $2072 average.

Thirteen White Suffolk stud rams found homes in three states for a $5153 average, including the lot 16 sale topper which made $18,000.

This was the second highest price Days Whiteface stud has received for a White Suffolk.

We have bought plenty of rams from the Days, you know what you are getting as they breed true to type. - Martin Harvey, Paxton stud

"We have bought plenty of rams from the Days, you know what you are getting as they breed true to type," he said.

"If he can breed rams that look like him we will be very pleased."

Paxton stud also outlaid $8000 for a very thick Poll Dorset ram from Allendale stud which had a terminal carcase production index of 140.3.

Baringa stud, Oberon, NSW, secured lot 18, a high performance White Suffolk ram which had been used as a ram lamb for $7000.

SN&LJ Longbottom, Kalos Park, Bordertown, was the volume White Suffolk buyer with 13 rams, as well as six Suffolk rams for a $1300 average.

"We were really happy with the good carcase sheep with sound legs, good back ends and good figures but that average was amazing," Lachy Day said.

Buyers were more selective in Days Whiteface stud's maternal composite offering which had grown by more than 20 rams on last year.

TW&EN Mackereth, Padthaway, was the other big maternal composite buyer with 12 rams to $2200, averaging $1192.

Buyer Lachie Kelly, LSK stud, Hexham, Vic, said he was a repeat buyer at the stud due to Allendale's outstanding combination of "performance, type and structure".

"257 is in the top 1 per cent for weaning weight across all terminal breeds, which gives us a serious prime lamb sire with all of the benefits of the Suffolk breed," he said.

"We see sourcing the best genetics available as a fundamental investment for our flock ram clients."

Nicholls Farming, Hamilton, Vic, were easily the sale's biggest buyer with 24 Poll Dorsets for a $1067 average.

"At the start (of COVID-19) we didn't really know what would happen but the stud sheep particularly turned out to be excellent with a lot of clients having faith in our judgement of the rams or being able to attend themselves," he said.

"It is rewarding for us to see them willing to give some of their good lamb prices back in their flock ram buying."

Mr Spence said the highlight of the sale was the great draft of White Suffolk flock rams which sold mostly to long-time clients.

While Allendale also enjoyed some high prices he said buyers had plenty of opportunity to secure Poll Dorsets and Suffolks at great value.

Mr Spence attributed the Day families enduring success to the "quality on offer and integrity of the people and livestock".