It was another year and another record at Newbold's 76th on-property auction at Gawler River on Thursday last week, with a supreme Poll Dorset ram knocked down at $20,000 - the most expensive sire ever sold by the stud. 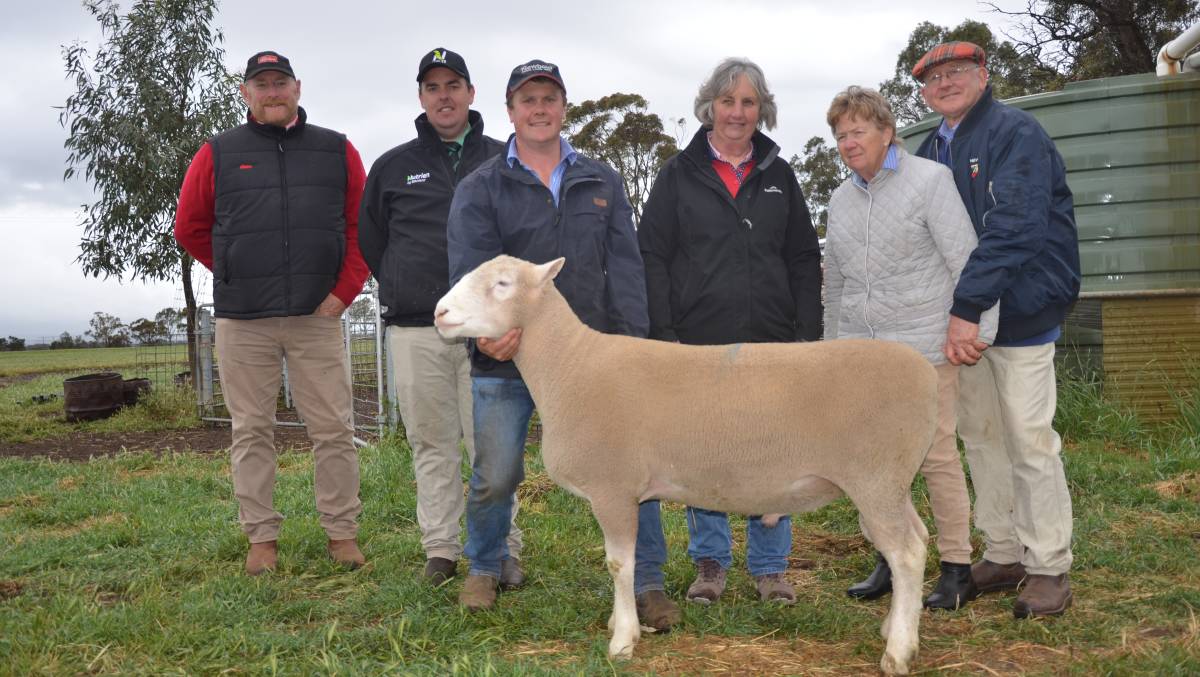 It was another year and another record at Newbold's 76th on-property auction at Gawler River on Thursday last week, with a supreme Poll Dorset ram knocked down at $20,000 - the most expensive sire ever sold by the stud.

After an early online battle for lot one, the winning bid ended up being made in the shed, from Mary Burzacott, Mulgundawa Poll Dorsets, Mt Benson, who secured the exceptional sire for $20,000.

Ms Burzacott had first seen the ram at the 2019 Royal Adelaide Show, where it was part of Newbold's team which placed first in the Sire's Progeny Pair. The ram was also part of the team which won first prize in the Pair of Rams section of the 2020 Tanunda Show.

"I noticed the ram as an impressive ram lamb last year, and I've followed him through since then," she said.

"His traits are so-balanced, he has plenty of muscling and a fantastic eating quality figure as well, that's something we're chasing."

Newbold principal Bill Close said the ram was the "best overall sheep" ever bred by the stud.

"I thought he was probably a $20,000 ram, I'm just so pleased he got to that price, his figures and ability to produce quick growing lambs with a reasonable terminal body size is outstanding," Mr Close said.

"It's the best clearance we've ever had here."

The sale was jointly conducted by Nutrien and Elders, with Leo Redden and Tony Wetherall sharing the auctioneering duties.

Volume buyers on the day included long-term supporters WB&SJ Hurn, Angaston, who bought at the top end of the Poll Dorset offering, securing 12 to a top of $2200 twice, and averaging $1900, while fellow repeat clients WA&WB Pearce, Yankalilla, bought 15 Poll Dorset rams to $1100, averaging $940.

Ten rams were knocked down to AuctionsPlus bidders, to three bidders in SA and one in Vic.

The stud competition, particularly on the Poll Dorsets, showed that the Newbold genetics are well sought after. - TONY WETHERALL

Nutrien stud stock auctioneer Leo Redden, who has attended the Newbold sale for 32 years, said it was "by far" the best sale he had ever seen by the stud.

Elders auctioneer Tony Wetherall said it was an "outstanding" result for the stud, and commended the depth of quality right through the offering.