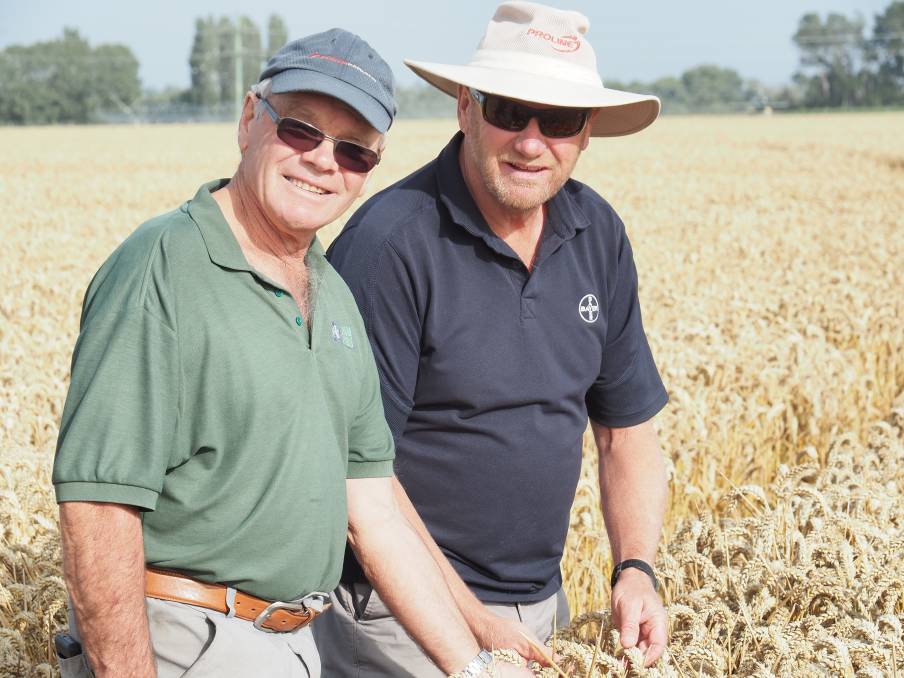 A New Zealand farmer has smashed the world record for highest wheat yield. What did the bumper weigh in at?

THE AVERAGE header will hold around eight or nine tonnes of wheat in the box, give or take a bit.

With this in mind, Kiwi farmer Eric Watson would have the pleasant problem of unloading every hectare or so.

Mr Watson smashed his own record wheat yield, growing a paddock that averaged an incredible 17.4 tonnes a hectare of wheat.

He farms near Ashburton on New Zealand's South Island, in the heart of the legendary Canterbury Plains, which features some of the best agricultural ground anywhere on earth.

For years the title for the world's biggest cereal crops was hotly contested between the South Island region and parts of eastern Britain, including Fife in Scotland, however the South Island has now held the mantle for some time.

In spite of the high yields, New Zealand is not a major wheat producer on the global scale, growing around 400,000 per annum, primarily in the South Island.

Mr Watson did not just narrowly defeat his own record, but smashed it out the park, going 0.6t/ha above his 16.8t/ha grown in 2017.

Mr Watson said he had looked to improve off the previous record crop.

"While we were thrilled with the record result in 2017, we saw ways in which we could make improvements and achieve an even higher yield," said Mr Watson.

"By trying new cultivars, switching to liquid nitrogen and monitoring plant health more regularly we were able to achieve another incredible result," he said.

Breeders KWS can now hang their hat on producing the heaviest yielding wheat in the world, with their variety Kerrin chosen by Mr Watson to target the record.

Targeting ultra-high wheat yields is not for the faint hearted.

It requires high inputs in the form of both fertiliser and chemical control of crop pests.

Mr Watson teamed up with Bayer for agronomic advice and products.

Patience is another virtue. The growing season gets in at double what is needed to produce a wheat crop in northern NSW or Queensland.

Mr Watson planted the wheat in April 2019 and it was not harvested until some 300 days later on February 17 this year.