WHILE some are calling this the best start to the season in years, those working to support drought-affected farmers across the state say they are as busy as ever. 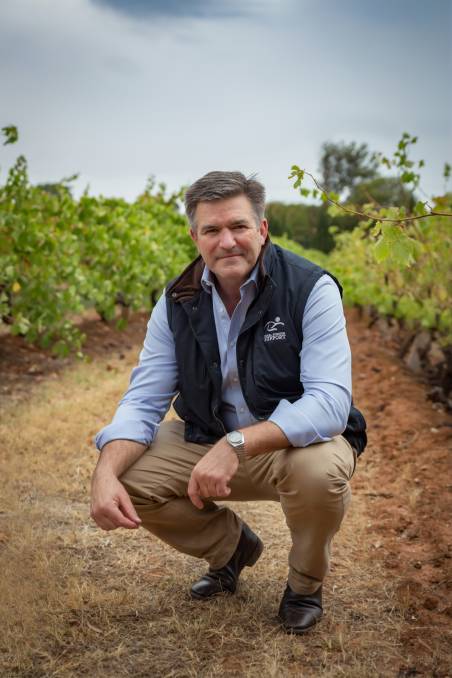 WHILE some are calling this the best start to the season in years, those working to support drought-affected farmers across the state say they are as busy as ever.

"The numbers of our (drought-affected) clients are still basically in excess of 600 clients, which is significantly higher than we're normally looking at," he said.

He said the majority of their clients were from the pastoral areas, Robertstown, Eudunda through the Cambrai region, as well as northern Eyre Peninsula.

Mr Smith said while there were areas in the state having the beginnings of a great season, others were still waiting for significant rain.

But even in those areas with a good start, some farmers were coming off the back of consecutive years of below-average rain, which had severely drained their resources, he said.

"Even with rain, you've got to restock, pay for that, sow the crop and reap the crop, to see that money in the bank," he said.

"So we're still six to nine months away from that and it only really pays off the bills for the past year. This is a rebuild - rain doesn't mean the drought is over, it just means better signs for the future.

"For those experiencing the drought, it is still there and very real."

While traditionally dealing with farming businesses, in recent months RBS has also received funding to hire eight small business counsellors, initially for those affected by drought, then bushfire and finally COVID-19.

"They feel the pinch as much as anyone in the drought as there is no spending," he said.

Even with rain, you've got to restock, pay for that, sow the crop and reap the crop, to see that money in the bank. - BRETT SMITH

"We've had natural disasters, then the pandemic - a lot of businesses are quite fragile."

For the past few years, RBS has been working closely with the SA Country Women's Association, which was providing funds through its Emergency Aid Fund.

SACWA state president Roslyn Schumann said the organisation had provided aid to 1032 SA families, but had to wind-up their support as the funds had run out.

"We've expended all the funds received from Dick Smith, the Red Cross, Coles, Parma for a Farmer, plus general public donations and the federal government support," she said.

St Vincent de Paul also received government funding to provide $3000 in grants to drought-stricken farm businesses, with a spokesperson saying they still have money available, with a turnaround of less than a week.

Rural Aid CEO John Warlters said the charity had seen demand tail away slightly, but most of that decline came from NSW, where widespread rain had reduced the need for fodder and water.

But he said the need in SA and Qld had remained consistent.

In April and May, Rural Aid made 46 hay drops to SA locations, through its Buy a Bale program, with 3163 bales going to 203 farmers.

Since April, the charity has also shared financial assistance, in the forms of bill payment support and pre-paid visa cards, to 128 farm businesses - with need still ongoing and 27 of these receiving aid so far this month.

Apiarists have also been in need, with 11 payments of $1500 in support of bees shared since April.

Mr Warlters said fodder drops - as much as 1000 tonnes a week - had been able to continue, even during the COVID-19 lockdowns, but it had removed some of the previous social aspect of deliveries.

There is still an absolute need and there will be for some time to come. - JOHN WARLTERS

He said despite the demand decreasing somewhat, there was still a lot of planning that went into knowing where to go.

"When the drought was at its absolute worst, it was very clear where fodder was required," he said.

"With the season the way it is, a bit patchy, we have more trucks going to more locations to meet the need."

With the organisation solely-dependent on community support, Mr Warlters said there had been a drop in donations, in part due to coronavirus with people "keeping that discretionary money in their back pocket, just in case".

But he said another reason was the drought was no longer front of mind for many donors, with news of a good seasonal outlook and other topics dominating headlines.

"When people become aware of a situation, it is the nature of the Australian community that they want to help and make a difference," he said.

"We see when the media tell the drought story then the level of donations increase as a result.

"There is still an absolute need and there will be for some time to come."