Collinsville stud has set a high benchmark ahead of the spring off-shears season, receiving an outstanding $330 for a line of surplus to requirement, commercial Merino ewe lambs from their Hallett property.

Collinsville stud has set a high benchmark ahead of the traditional spring off-shears season, receiving an outstanding $330 for a line of surplus to requirement, commercial Merino ewe lambs from its Hallett property.

The 600 lambs offered by George and Sophie Millington sold to an undisclosed Yorke Peninsula buyer.

Elders key account manager Ben Finch, who negotiated the deal, said there had been strong demand for the 10 to 12 month old ewe lambs, which had 45mm to 50mm staple length wool. when they were marketed to previous buyers. 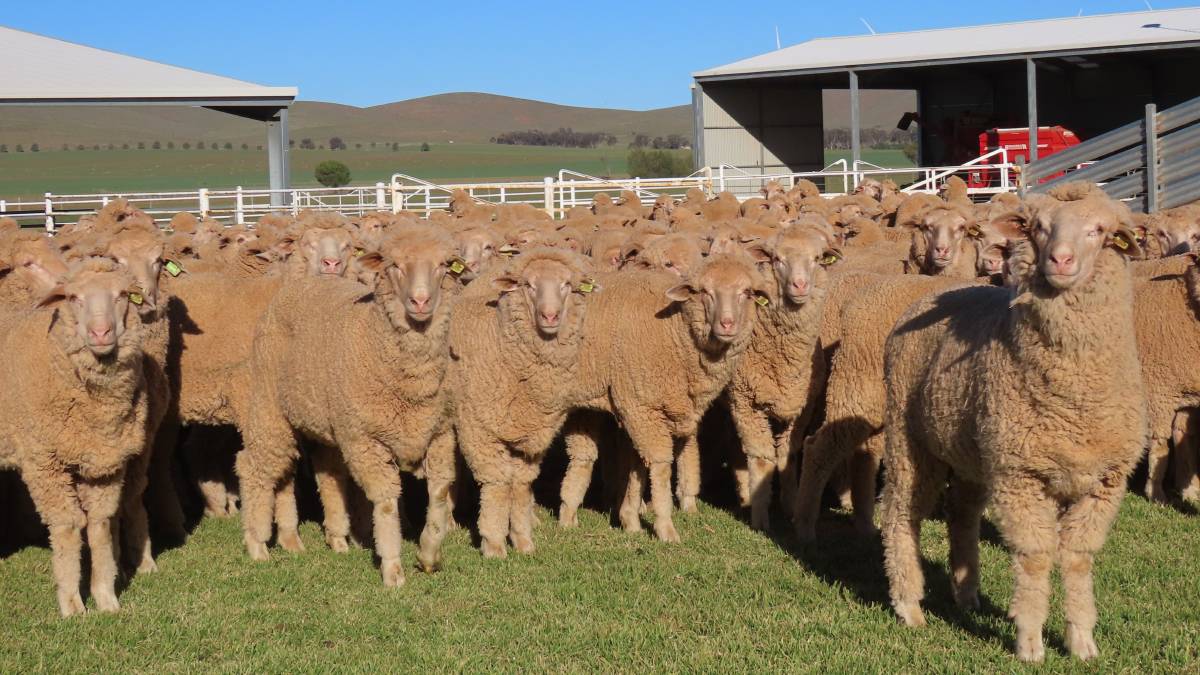 Collinsville's Merino ewe lambs were 10 to 12 months of age and had 45-50mm long fleeces.

"The new lambs were hitting the ground and the feed was running out so it made sense to make them available and their genetics with high growth lend themselves to being sold early in the season," he said.

He said it was a good result for both Collinsville and the buyer.

"On first impressions it (the price) seemed up there but if you work the equation through with the wool clip off them and I am sure the buyer will get a high percentage scanned in lamb, they were easily worth it," he said.

At the end of the day if you want to get these type of sheep you have to be prepared to pay what they are worth at the time. - ADAM PITT, Elders Minlaton

Elders Minlaton branch manager Adam Pitt said the "stars had aligned" with his client keen to infuse Collinsville's top quality genetics into their breeding flock and having the feed to take them on.

"At the end of the day if you want to get these type of sheep you have to be prepared to pay what they are worth at the time," he said.

"It might seem dear but with the job the way it is, what is dear?

"They are not trading sheep so we were happy to pay for quality.

Mr Pitt said his client would shear them at the start of spring.

"That will put a bit back into the coffers but for them it is more about knowing they were buying large-framed sheep which cut plenty of wool," he said.