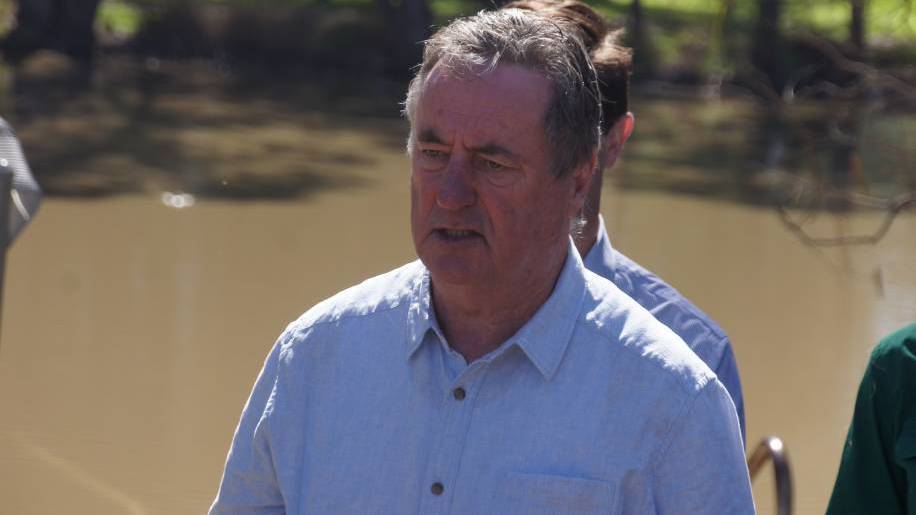 Mick Keelty's review into the impact of changing inflows to the southern basin was due this week.

Federal water minister says review into Murray-Darling Basin Plan will be released as soon as possible.

A review into the Murray-Darling Basin by interim Inspector-General Mick Keelty was due to be delivered to new federal Water Minister Keith Pitt this week.

Usually Mr Pitt would have 15 days to table the report, however with federal parliament's sitting days suspended until August due to coronavirus, it is not known when the report will be made public.

Mr Keelty's inquiry looked at the impact of changing distribution of inflows in the southern Basin under the MDB Agreement, as well as any consequential impacts on state water shares resulting from reserves required under the agreement, including how these interact with state water allocation policies.

Former Water Minister David Littleproud commissioned the inquiry in December, following the 3000-strong 'Can the Plan' protest in Canberra.

Mr Littleproud asked Mr Keelty to push ahead with the inquiry, despite not winning support from the Basin states at December's Ministerial Council meeting.

Mr Pitt said he was fully aware of how important the report was to many communities throughout the basin.

"The public can be assured that it will be released as soon as possible and will not be determined by parliamentary sitting dates," he said.

"As is standard practice, I will release the report once I've had the opportunity to read it and fully consider any recommendations.

"The government's response will be considered in the context of other relevant reviews, including the Sefton Report and ACCC inquiry."

The Sefton Report, chaired by Robbie Sefton, has looked at the social and economic impacts of the MDB Plan.

A final report is due on April 30.

The ACCC report, run by Mick Keogh, is examining the water markets - an interim report is due on May 31.

Speaking to a Senate estimates committee on March 6, Mr Keelty said he had promised basin communities that he would go on a roadshow to explain the findings of his report to them in person.

The story Keelty's Basin Plan review due for delivery first appeared on The Land.