BORDERTOWN studs Allendale and Days Whiteface had a mixed result at their 22nd annual bull sale on Monday with strong heights but also selective buying through much of the catalogue. 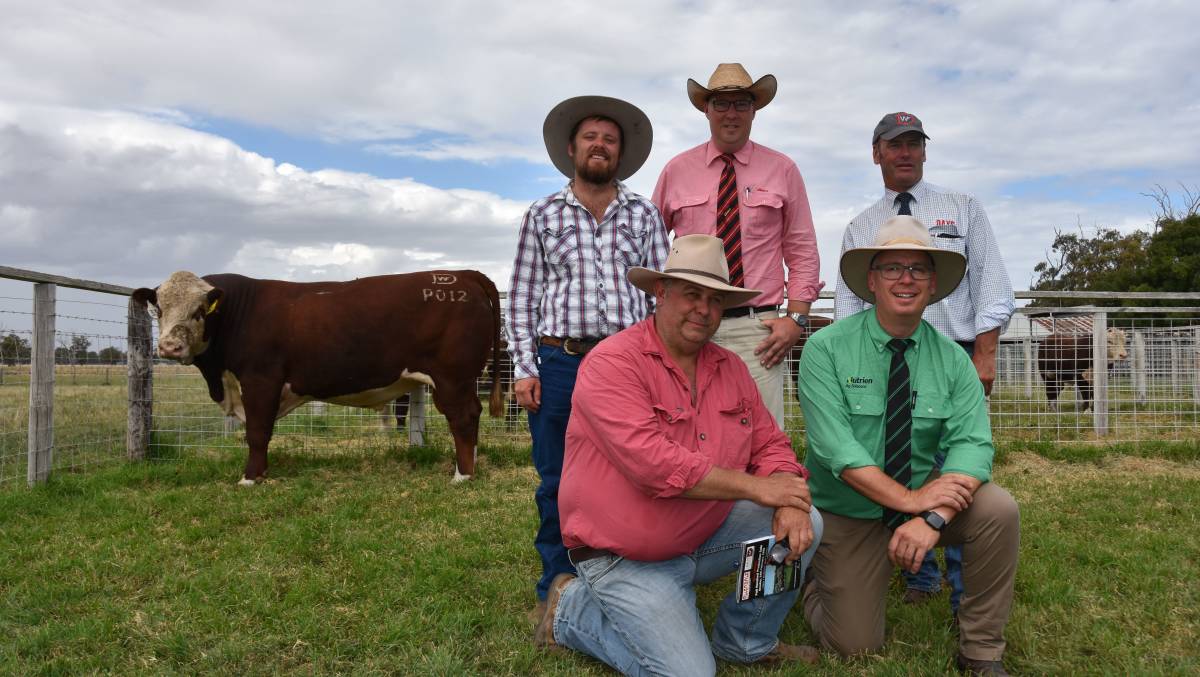 BORDERTOWN studs Allendale and Days Whiteface had a mixed result at their 22nd annual bull sale on Monday with strong heights but also selective buying through much of the catalogue.

The embryo transfer-bred son of Injemira Anzac H006 and out of an Allendale Waterhouse D1 daughter attracted the attention of Scott Harlock, Harlock Pastoral, Bool Lagoon.

He said the April 2018-drop would have a "lasting impact" on the commercial Hereford herd which turns off weaners.

" We can't finish them where we are but if we get a good 400 day weight that helps those who do- we are starting to get a name for our cattle," he said.

Hemisphere P012 was in the top 10 per cent of the breed for three breed indexes, including an eye muscle area of +5.0.

The first son of United States sire, Gerber Anodyne, to be offered in Australia it sold to Allendale stud. The highest-indexing 2018 drop bull across the Hereford breed topped the Allendale sale draft at $20,000.

Lot 22, Allendale Jackal P176, which had a southern self replacing index of +$233 was bought by the Trovatello family, Glendan Park stud, Kyneton, Vic.

"That fleshing, that carcase and Breedplan data to back him up- he has really good numbers throughout, something we have been focusing on at Glendan Park," he said.

Bulls that they (buyers) wanted sold extremely well but as the sale progressed we saw very good bulls being sold at that $4000 to $5000 representing unbelievable value. - Ross Milne, Elders

Five of the 41 registered bidders bought four bulls each.

Shiloh Park, Compton, who bought last year's sale topper were one of these, buying in the top end.

Lachy Day said it was pleasing to get their genetics into some of the nation's leading studs.

'We were really thrilled with the support in the top end and to see a lot of repeat buyers as well as a few new people mixed in," he said.

Alastair Day said the continued support from their loyal clients was pleasing and how some clients bought extra bulls, making the most of the good value buying.

"The bulls in the top end sold well but there was some great value bulls at $4000," he said.

Elders Vic stud stock manager Ross Milne said it was an outstanding draft of Poll Hereford bulls offered by the Day families but, like last year, the clearance rate took a hit due to the lack of pastoral interest.

"Bulls that they (buyers) wanted sold extremely well but as the sale progressed we saw very good bulls being sold at that $4000 to $5000 representing unbelievable value," he said.

Nutrien Livestock SA stud stock manager Gordon Wood agreed it was a value buying sale and said it was disappointing more buyers did not capitalise on the opportunities.

"The quality here at Allendale and Days as far as Poll Herefords go is second to none for SA and even further afield and the performance data on these cattle is right up in the top end of the breed," he said.

"These guys shop worldwide for their genetics to keep getting the genetic gain for their clients."