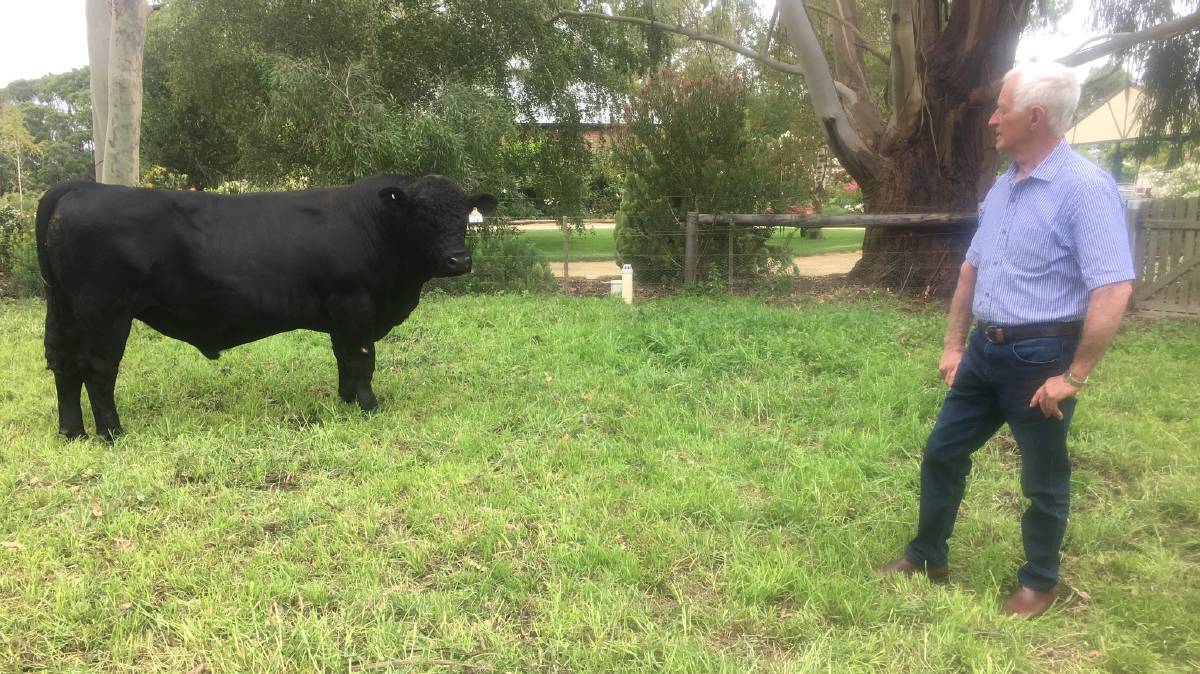 Strong prices received at the sale helped to lift the stud's bull price average to $5233 - $500 higher than last year's sale average - which Tugulawa stud principals Gary and Joy Allen were very pleased about.

Overall, 15 bulls sold during auction, with another three finding homes after the sale.

The two-year-old "extremely thick and powerful" red bull "with plenty of depth and softness" was a standout son of Glen Anthony Y-Arta AY02 and out of Tugulawa Goldie - one of the stud's best Evan-blood females.

It weighed 792 kilograms, had an eye muscle area of 128 square centimetres and had a full eye pigment.

This black, "stylish" 20-month-old, described as having "depth, power, softness and a great temperament", was a son of WLB Bounty Hunter 365C and out of Lancaster Erica H433, which produced the 2018 Royal Melbourne Show reserve junior.

Bywong stud principal Sandra Lang-Schilg was after Erica bloodline to add a new genetic to her breeding program.

The Allens were happy to see new faces and repeat buyers, and positive comments on the presentation of their cattle.