AT a blackened eight-hectare vineyard near Lobethal, part of his 18ha property, James Tilbrook is wrapping his head around the recovery effort ahead after the Cudlee Creek fire ravaged his business in late December. 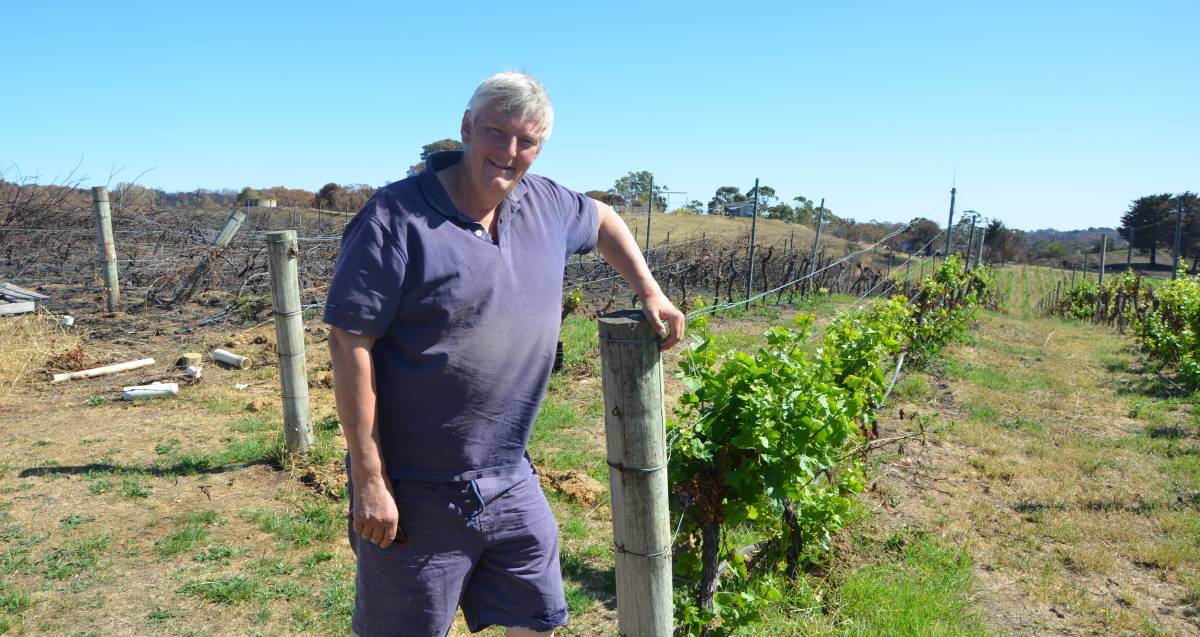 AT a blackened eight-hectare vineyard near Lobethal, part of his 18ha property, James Tilbrook is wrapping his head around the recovery effort ahead after the Cudlee Creek fire ravaged his business in late December.

Tilbrook Estate sustained major damage to 70 per cent of its vines, lost irrigation drip lines and strainer posts, and perhaps the biggest blow of all, its entire winery containing $300,000 worth of wine was completely consumed by fire.

Offering some relief from the devastation has been the support offered by more than 200 volunteers who Mr Tilbrook said had "done an enormous amount of work" cutting back dead growth and running out new irrigation to replace what was damaged. There has also been success in getting some vines growing again.

"I'm feeling fairly positive about the future, but that might be because of my morning coffee," he chuckled.

It will most likely still be a two-year wait before many vines can resume production, which has put a handbrake on Tilbrook's expansion plans, which include a new cellar door and increased wine production for their own brand.

"The vines that are completely brown - we're looking to 2022 before we get a vintage out of them," Mr Tilbrook said.

"This year, we were looking at 30 tonnes of fruit, of which we were going to keep 10t for ourselves and sell 20t.

"As our new cellar door ramped up we were envisioning keeping 15t and selling 15t, and the year after that keeping 20t and selling 10t."

Despite having no wine of their own left, Tilbrook has a lifeline, with donated wine from other local wineries being released and sold on their website under their new label - Hope!

The label is a nod to the future for the whole region. Even suffering from damage on a huge scale, Mr Tilbrook was quick to think of others when pondering the recovery ahead.

"We are on the front line, but every business in the Hills is affected," Mr Tilbrook said.

"For instance, a local freight company has lost a large part of its annual business because it isn't going to transport nearly as many grapes this season.

"There's a knock-on effect from a disaster such as this, but with the support of the general public we can rebuild."

Mr Tilbrook said the disaster had also prompted many vineyard owners to consider more effective ways to quell fires once they had entered a vineyard.

"With a paddock fire you can drive up and down the firefront spraying the ground and you can eventually get it out," he said.

"With a vineyard, things are complicated by the width of the rows, wires, and drip lines which burn like horizontal candles.

"A lot of people are now looking at how we can minimise fires in vineyards moving forward."

There is a GoFundMe campaign called Save Tilbrook Estate Wines and they are also accepting volunteers to help on property.