Despite divided community opinions, Kimba has been confirmed as the site for Australia's National Radioactive Waste Management Facility. 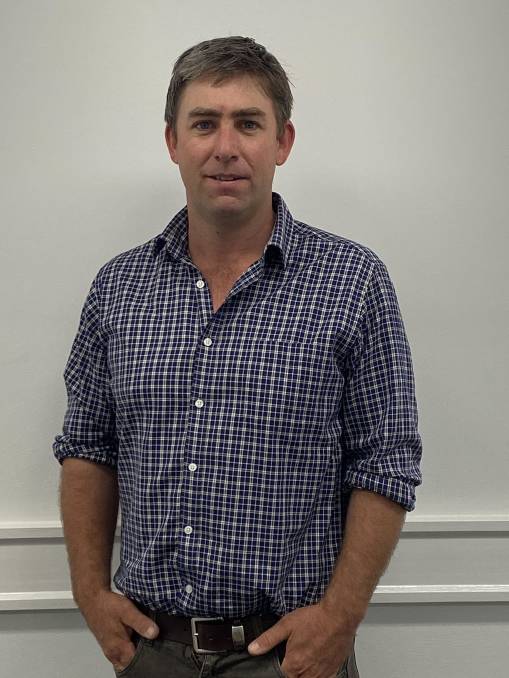 PLEASED: Andrew Baldock was "excited" by the news that the radioactive waste facility would be built on his Napandee property, 20 kilometres from Kimba.

Despite divided community opinions, Kimba has been confirmed as the site for Australia's National Radioactive Waste Management Facility.

The announcement was made on Saturday by then-federal Resources Minister Matthew Canavan, following a consultation and technical assessment process spanning more than four years.

The facility will be build on a 160-hectare block on Napandee, a farm 20 kilometres west of Kimba, run by the Baldock family. Napandee successfully met three broad requirements, having being classed as technically suitable, volunteered by the landholder, and receiving broad community support from nearby residents.

The facility will take up 40ha, with the remaining 120ha acting as a "buffer zone", and made available for renewable energy-enabling infrastructure such as sheds, and agricultural research and development.

The site will be capable of permanently disposing of low-level radioactive waste, and temporarily storing intermediate level waste.

About 80 per cent of Australia's radioactive waste is associated with the production of nuclear medicine, which is presently housed in more than 100 locations across the country.

While costs will be dependent on the site specific design - which will be determined in the coming years - Cadence Economics estimated a capital cost of about $325 million (excluding enabling infrastructure), with a fully operational facility expected to create 45 jobs, and generate up to $8.4m for the local economy annually.

A spokesperson for the Department of Industry, Science, Energy and Resources said the transport of waste to the facility would not pose a problem, with 10,000 doses of nuclear medicine safety distributed to hospitals and medical centres across the country each week.

It's a highly-regulated and well-managed industry, and I encourage people to reach out and get the information. - ANDREW BALDOCK

Kimba mayor Dean Johnson welcomed the decision, saying the facility would be beneficial for the economic prosperity of the town.

"With a minimum of 45 full-time jobs, that is just huge for our community, and it's in an industry that doesn't rely on rainfall, so that will be something that helps stabilise the community, and helps us through in times of drought," he said.

As a result of holding the facility, Kimba will also receive a $31m Community Development Package, including $20m towards delivering community benefits and support long-term infrastructure, $8m to maximise opportunities from the construction and operation of the facility, such as by job training, and upskilling locals and businesses, and up to $3m to promote economic opportunities for the local Aboriginal community.

Mr Johnson said knowledge of the benefits the facility would bring were vital.

"The only answer to negative perception is education, so we need to educate people and take that fear factor away," he said.

Napandee's Andrew Baldock said there was a feeling of excitement in the community, and he was confident that the facility could coexist successfully with the region's agricultural industry.

He said successful agricultural activity within the buffer zone would be a clear indicator that agriculture would not be hampered by the waste facility.

"Should any questions be asked of the trade in the future, it will be good to have a really definitive answer that these grains have been grown within the buffer zone, with no elevated levels of radiation," he said.

"The level and volumes of waste are pretty benign. It's a highly-regulated and well-managed industry, and I encourage people to reach out and get the information."

Sponsored by
NSW took out the title of Grand Champion at the 2021 Australian Young Farmer Challenge National last night after the challenge was held virtually via Facebook live.
Test
THE Country Fire Service is expected this to be a somewhat more "standard" fire season than those of the past year, as it announces the starting dates for the Fire Danger Seasons for all SA districts.
Test
PLATEAUING lamb prices at saleyards in the past three weeks have recovered at Dublin market this week, after a large line of lambs reached $222, offering producers renewed confidence for the markets ahead.
Test
Stock Journal looks back to June 1996, when thousands turned out in Adelaide to rally against new gun laws, SA beef studs performed well at the Dubbo Shorthorn Sale, and many were still waiting for rain before getting stuck into seeding programs.
Test
About 25 members of SA's agricultural industry met in Adelaide on Wednesday for the the announcement of the national winner of the 2020 AgriFutures Rural Women's Award.
Test
THE call is out for mentors and mentees to help prepare regional Australia against future drought events in the second round of the Drought Resilience Leaders Mentoring Program.
Test
Australia's wine exports have dropped to their lowest levels in five years with the industry still reeling from China's announcement in March that it would extend its 220 per cent tariffs for the next five years.
Test
A milestone year for the Brown's Well Crop Competition was met with much enthusiasm, with about 50 Mallee croppers and industry members turning up for Tuesday's event which in its 50th year.
Test