A social media campaign to increase sales in regional stores has turned into a juggernaut, with big benefits for bush retailers, including those in SA. 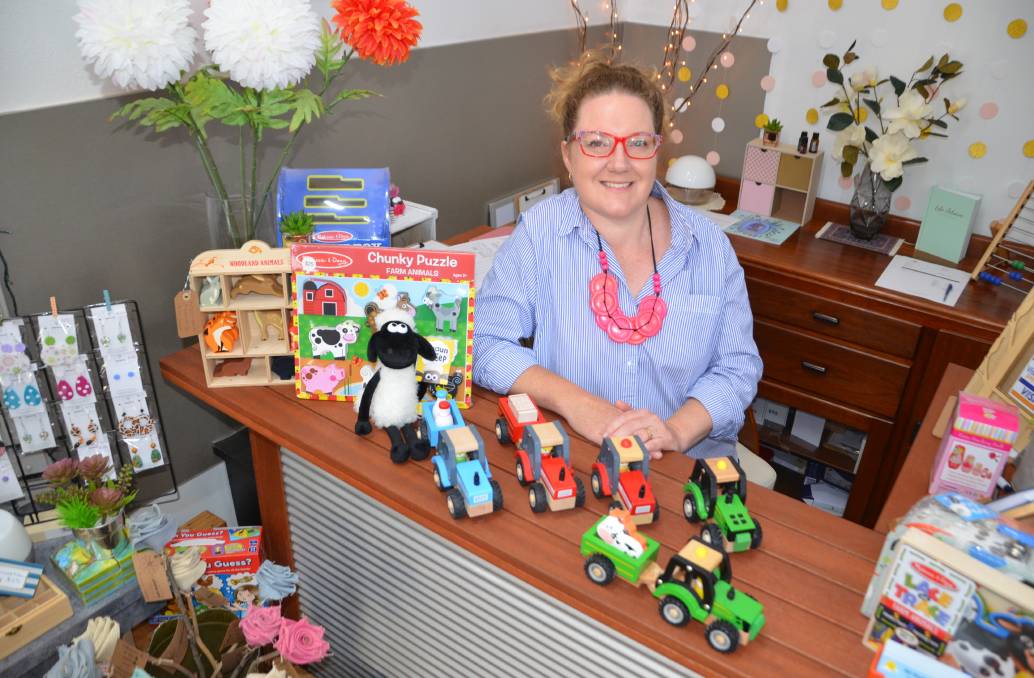 RETAILERS in regions across Australia are reaping the benefits of a campaign to help attract money to businesses in drought-affected areas.

The @buyfromthebush campaign, started by Grace Brennan, Warren, NSW, highlights rural-based businesses. It began on instagram and Facebook, and evolved into a partnership with PayPal, a new website and even pop-up markets in capital cities.

While most of the featured businesses are based in regional NSW and Qld, there are some from SA that have seen massive results from their involvement.

Owner of Kapunda's Wild Woodlands Toys Amanda Keller said there were some naysayers when she opened her shopfront late 2018, during a drought, but she has just passed the 12-month mark and is still in business.

She began her brand with markets and an online presence before opening the store, but said the recent response had been unprecedented in her nine years of operation.

"I normally get, say, 75 online orders in the months leading up to Christmas," she said. "Last month I had about 350 orders, so that's a huge jump."

She said the benefits of this have flowed through to her suppliers, carriers and even the local post office.

"They've been swamped by me - I take a trolley each time," she said.

Amanda said the most popular wooden toys had been farm-themed, such as tractors, trucks and cars, with large numbers of orders going into regional NSW, as well as the ACT.

She has also received emails from as far afield as England and the United States.

"On my website I ask how people have found us and it's all from Buy from the Bush," she said.

But the positive effect is not just restricted to people buying online - she said customers had come from hours away to visit the store.

"This is all bringing money to the town, because they don't just hop in the car afterwards and leave, they go and find lunch somewhere, and check out the other (local) shops," she said.

Emilie Battersby, who owns Atore, a gift and homewares store in Melrose, has also experienced people travelling to see her store, with one couple coming from as far as Largs Bay just to shop, while other customers have come from closer afield, such as Port Pirie.

A line of children's sleeping bags stocked in her store were recently featured on the @buyfromthebush page.

"When I woke up, I'd been flooded with emails," she said.

"I've had more than 40 orders for the sleeping bags, but it's also generated a lot of followers on (Atore's) social media, and some more orders that weren't sleeping bags."

The drought won't stop after Christmas and we still need to support our bush businesses. - EMILY RIGGS

With the season looking particularly tough in her area, Emilie said people were tightening their wallets.

"Especially this year, people aren't spending the money on Christmas they have in the past," she said.

But she said the support, much of which came from interstate, had helped buoy the business.

"So many people are saying they'll do anything to support country businesses," she said.

"But I think people also like (finding) unique products that are not found in every shop."

Burra-based fashion designer Emily Riggs, Iris & Wool, said the decision to be involved in the campaign was a "no-brainer".

"It's not just in sales, I've had probably 300 more people subscribe to my emails, while my website numbers have just skyrocketed," she said.

"I wouldn't have ever been able to reach these sorts of customers (without the campaign)."

She estimates a 112 per cent increase in sales since being featured, and has sold out of all her small and medium sizes.

"That's great for my first collection, it puts me in good stead for the future," she said.

RELATED READING: Buy from the bush a shot in the arm for retail

As well as sending online orders to all states, Emily was part of a pop-up market held in mid-December in Martin Place, Sydney, and says there is also talk about holding similar events in Brisbane and Melbourne.

She said the public response at the Sydney event was "phenomenal".

"(Customers) were there because they wanted to support us," she said. "A lot of businesses sold out."

Amanda said much of the focus on drought was concentrating on the eastern states and it was important to make sure SA, which was also suffering, was not forgotten.

While the initial idea for the campaign was based on encouraging consumers to do their Christmas shopping from regional businesses, all three expect the momentum to continue.

"It's too good to stop now," Emily said.

"The drought won't stop after Christmas and we still need to support our bush businesses."

It does seem unlikely to slow down any time soon, with the website launched in mid-December, and a similar campaign encouraging people to @stayinthebush featuring rural accommodation options, including Nikalapko Homestay at Morgan and Flinders Bush Retreats via Hawker.

Sponsored by
THE high retention of crossbred ewe lambs in recent months has been labelled an "unprecedented" move by producers, according to processors that are battling to secure much-needed stock numbers.
Test
RMAC's new chairman on MoU review, and $41m industry fund.
Test
ACCC chairman Rod Sims has used a major speech to reinforce the commission's priority for the mandatory fitting of rollover protection devices on quad bikes.
Test
It comes after amendments were made to the government's media bargaining code legislation.
Test
AT GOOLAGONG'S fifth annual bull sale at Warnertown on Friday, both Angus and Santa Gertrudis bulls set stud records.
Test
Injemira Redford J006 Q287 sells for $160,000
Test
Edible insects a good example of emerging agricultural opportunities.
Test
Select Harvests plans to shut its Melbourne plant and sell its leading snack and cereal product names Lucky and Sunsol.
Test