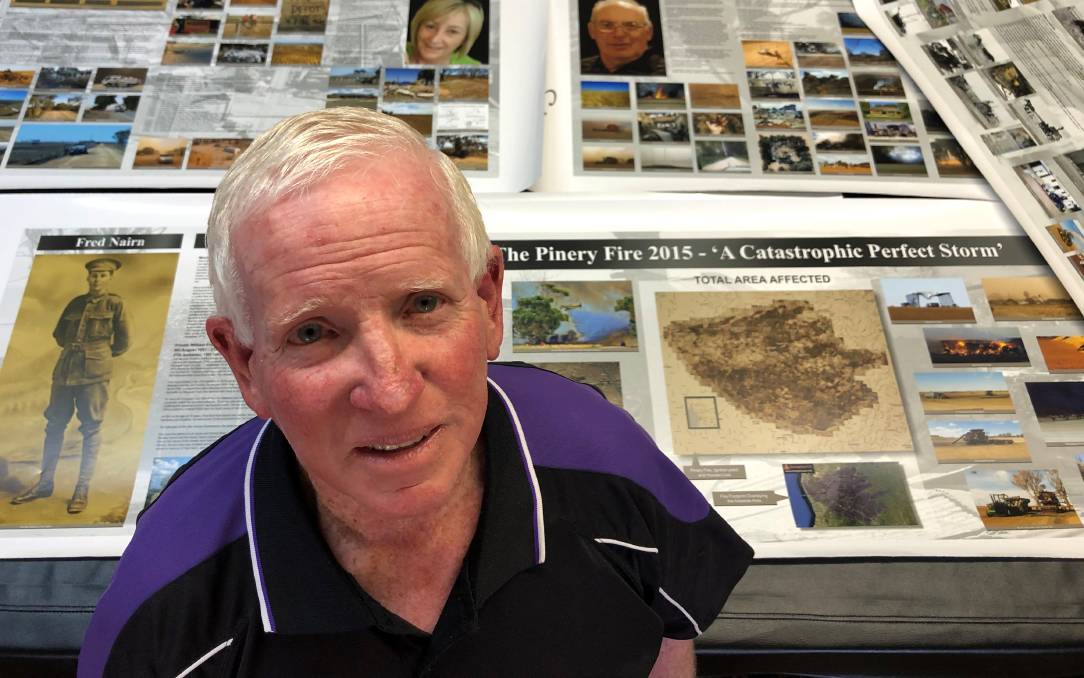 Victims and communities impacted by the devastating Pinery Fire have worked together to develop a commemorative memorial.

Victims and communities impacted by the devastating Pinery Fire have worked together to develop a commemorative memorial to be unveiled during the fourth anniversary this month.

The launch, which recognises and remembers the impact, lives lost and devastation of the Pinery Fires, will be held on the eve of the anniversary of the Pinery Fire on Sunday, November 24, at the Grace Plains Memorial Site, near the township of Mallala, at 2pm.

Memorial committee chairperson Peter March says the memorial has been constructed and driven by community members.

"The memorial, which is actually called the Moquet Lee Pinery Fire Memorial, would not have been possible without the generosity of local community members and businesses," Mr March explained.

"We would like to acknowledge their support and thank them sincerely.

"We have been fortunate to receive local donations, community grants and government grants, which was necessary as we have spent over $100,000 on development alone.

"This investment, plus the time and in-kind support of our volunteers is significant".

"We have spent the last three years compiling information and photos to ensure that a factual record is kept and is readily available to the public in a community owned site which will be accessible at all times."

The committee reveal that the memorial is important to all of those impacted by the Pinery fire, which was one of the most rapid and destructive fires in South Australian history.

"On November 25, 2015 the Adelaide Plains area was devastated by the uncontrollable inferno which took the lives of two of our residents, destroyed 97 homes, 546 farm structures, 413 pieces of farm equipment, 74,000 head of livestock and poultry, $30 million worth of unreapt crops, and burnt an area of 85,000 hectares, which is larger than the area of greater Adelaide.

All of this (occurred) in about five hours," Mr March said.

"A memorial is needed to remember and recognise the impact of the fires on our community in a factual and respectful way and pay respects to the lives lost."

"It is also important to recognise that the memorial pays tribute to the life of Fred Nairn and the history of the Grace Plains district.

"We have over 270 historic photos and content remembering the fires and the original settlement of the district," he said.

The Moquet Lee Pinery Fire Memorial is situated at Grace Plains at the rear of the former Methodist Church and Cemetery, eight kilometres north of Mallala.

"An area immediately opposite the site is available to showcase some of the CFS fire units and farmer units who battled the inferno."

This is expected to provide a fitting background to the opening event.

"Any private farm units are welcome to become part of this display on the day," Mr March said.

A plaque will be also unveiled by Emergency Services Minister Corey Wingard.

"Everyone is invited to attend the unveiling of the memorial, and it would be appreciated for catering purposes if you could RSVP to the details provided," Mr March said.

"We also ask that you please bring your own chair as limited seating is available."

"We look forward to seeing you all there".