IN A choppy wool market that is increasingly heading into uncharted waters, two categories are swimming strongly against the current. 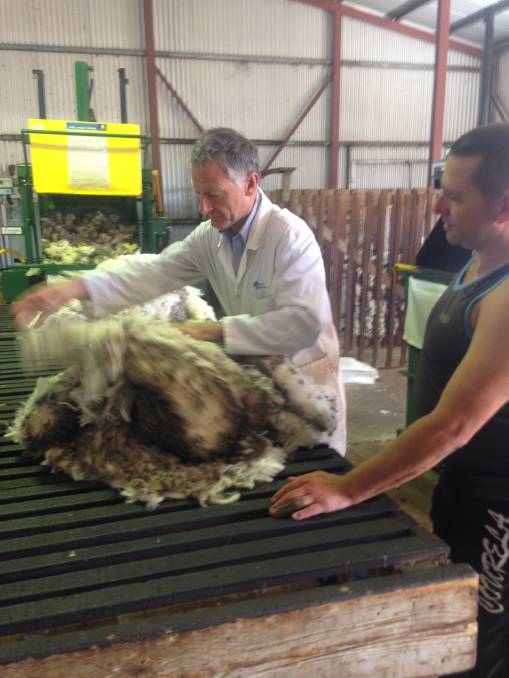 IN A choppy wool market that is increasingly heading into uncharted waters, two categories are swimming strongly against the current.

Crossbred clips that are classed and prepared well are attracting premiums as high as 60 cents a kilogram clean, while non-mulesed fine Merino wool is averaging a premium of 130c/kg clean - and has been higher.

He said this "modern consumer movement in ethical supply" reflected an increasing desire by big business to understand the story behind the product being bought.

Until supply catches up, Mr Miller said he expected a premium price for non-mulesed wool would continue to be paid.

"The growth of premiums for non-mulesed wool has been a revelation, an undercurrent movement in wool," he said.

"Brands and retailers, which are the prime motivators for premiums, are voting with their wallets in terms of what moral standards they want to be associated with as a company."

RELATED READING: Wool market to keep calm and carry on for next three weeks

He said his clients, who are located throughout SA, were withdrawing sales in response to the "unparalleled volatility" of the wool market due to the United States-China trade war.

The supply shortfall is significant, with 115,415 fewer bales sold so far this season compared with the same period last year. This equates to an average weekly gap of 8878 bales.

The growth of premiums for non-mulesed wool has been a revelation, an undercurrent movement in wool. - ROD MILLER

Mr Miller said tough seasonal conditions in SA this year and last would see production fall up to 70pc in pastoral areas, with producers near Broken Hill, NSW, at the destocking stage.

"We are seeing lower yielding wool with weak tensile strength due to it containing sand and earthy matter," he said.

"This drives prices down as it costs companies more in production expenses to convert it from greasy wool."

Despite this, Mr Miller remains optimistic and said the wool industry should be satisfied with an Eastern Market Indicator of 1517c/kg.

"The prices are still very good," he said.