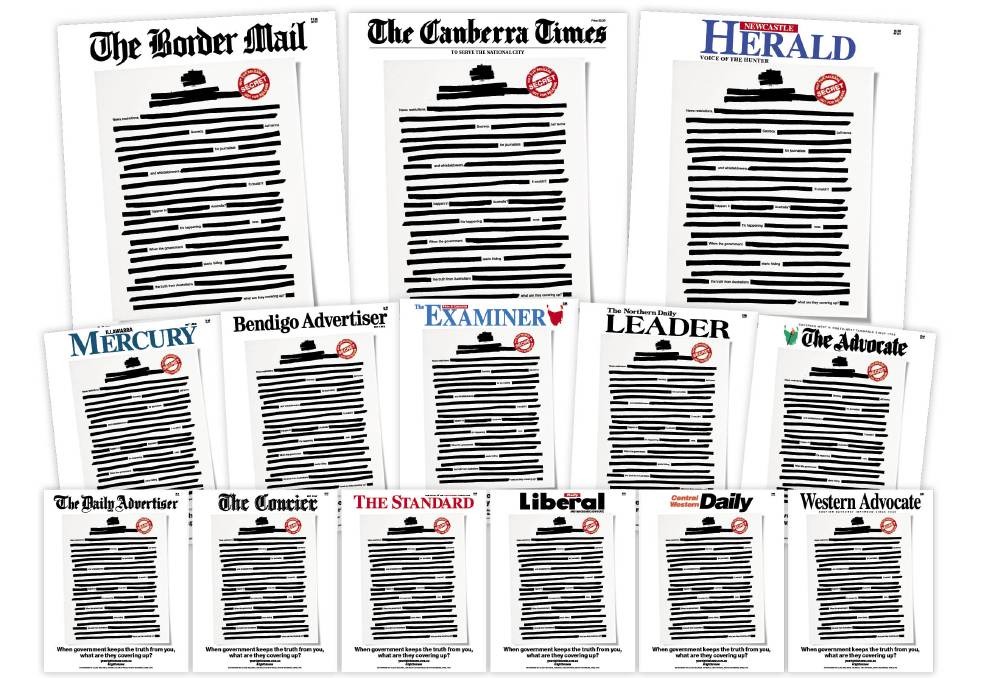 When government keeps the truth from you, what are they covering up?

Today, Australian Community Media joins other media outlets in an unprecedented campaign to defend growing threats to freedom of the press in Australia.

The front pages of all 14 of ACM's daily newspapers, like other leading newspapers around the country, have been symbolically censored to highlight the need to fight for the public's right to know in the face of increasing attempts by government and government agencies to suppress information, prosecute whistleblowers and criminalise legitimate public interest journalism.

In your nation's capital, the front page of The Canberra Times today features a redacted document and asks the question: "When government keeps the truth from you, what are they covering up?"

The powerful message is repeated on the front pages of the Newcastle Herald, The Border Mail and, in Victoria, The Courier in Ballarat, The Standard in Warrnambool and the Bendigo Advertiser.

Front-page news has also been censored in The Examiner and The Advocate in Tasmania as well as in NSW's Illawarra Mercury, The Northern Daily Leader in Tamworth, The Daily Advertiser in Wagga Wagga, Bathurst's Western Advocate, Dubbo's Daily Liberal and the Central Western Daily in Orange.

Australia's Right to Know, a coalition of leading media organisations and industry groups including ACM, has launched a website, yourrighttoknow.com.au, to illustrate the dangers of increasing federal government secrecy, and to urge Australians to stand up for their right to know.

The website showcases public interest journalism that has exposed banking malpractice, neglect and abuse in aged-care homes and the Australian Tax Office's power to take money out of people's bank accounts without their knowledge. 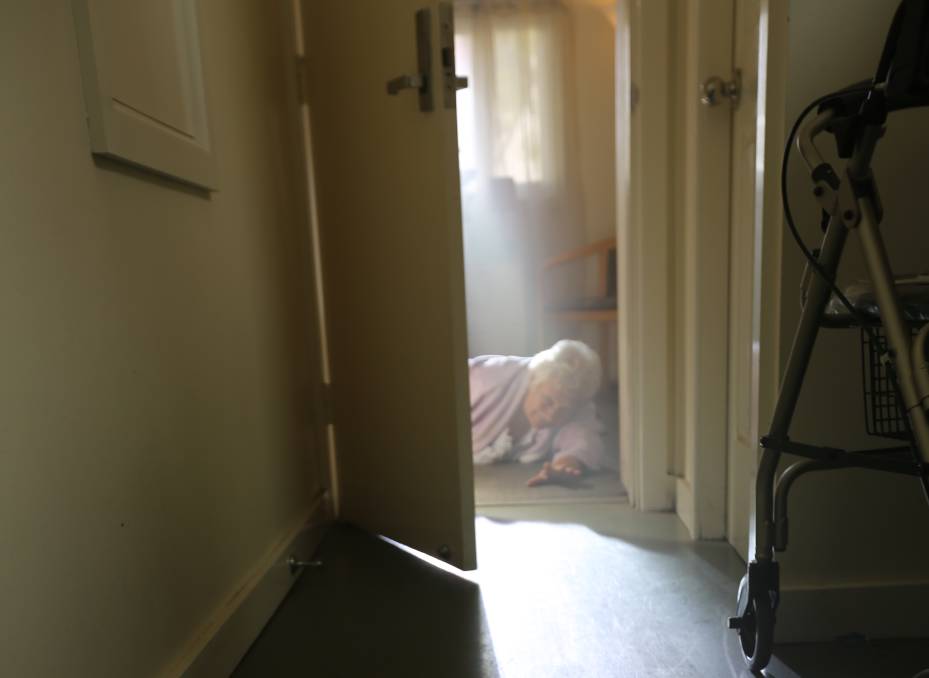 A scene from one of the #righttoknow campaign's television commercials, which aired for the first time across all TV channels on Sunday night.

The #righttoknow campaign will advertise across print, digital, radio and television, including commercials aired for the first time across all TV channels on Sunday night.

The campaign follows June's Australian Federal Police raids on the ABC and the home of News Corp journalist Annika Smethurst. Both media organisations are still awaiting confirmation of whether the journalists targeted will face prosecution.

Research commissioned by the media coalition shows that while 87 per cent of Australians value a free and transparent democracy where the public is kept informed, only 37 per cent believe that it's happening.

The October survey of more than 1000 Australians by market research company Colmar Brunton showed 81 per cent were concerned about the thousands of complaints about aged-care homes that the government won't share with the public.

Three-quarters (76 per cent) agreed that journalists should be protected from prosecution when reporting in the public interest and 88 per cent backed whistleblowers who exposed wrongdoing.

The newspapers and local news websites of ACM in every state and territory will carry the #righttoknow message over coming weeks to highlight the media's vital role in keeping voters and taxpayers informed.

Australians expect and deserve to know what's going on, and how and why the government decisions that affect their lives are made. - ACM chief executive Allen Williams

ACM chief executive Allen Williams said communities around the country relied on journalists to ask questions on their behalf.

"Australians expect and deserve to know what's going on, and how and why the government decisions that affect their lives are made," Mr Williams said.

"The communities we serve trust us to keep them connected and informed, so ACM is proud to support this campaign to protect the public's right to know."

The media coalition says more than 60 pieces of legislation introduced over the past two decades have effectively criminalised journalism and penalised whistleblowing, even in cases where wrongdoing has been exposed or important information about government decisions has been revealed.

The #righttoknow seeks legislative changes that would force the government to weigh the public interest before applying for search warrants and launching prosecutions against journalists and offer effective protection for those who speak out against government secrecy.

"We've seen the public's right to know slowly erode over the past two decades, with the introduction of laws that make it more difficult for people to speak up when they see wrongdoing and for journalists to report these stories," Mr Anderson said.

"No one is above the law but something in our democracy is not working as it should when we fail to protect people acting in the public interest."

The story It's time to fight for your right to know first appeared on The Canberra Times.