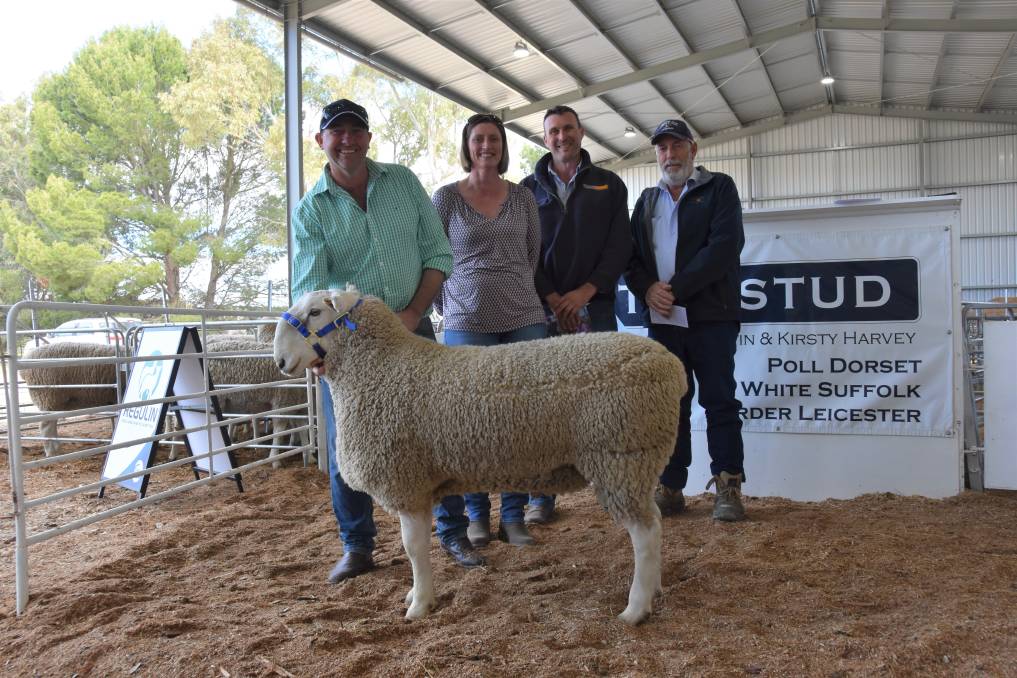 REPEAT clients from across the state turned out for Paxton's third annual on-property Border Leicester sale at Western Flat on Friday, bidding fiercely at the top end, helping the sale to a top of $4200, an improvement on last year's sale result.

REPEAT clients from across the state turned out for Paxton's third annual on-property Border Leicester sale at Western Flat on Friday, bidding fiercely at the top end, helping the sale to a top of $4200.

Stud principal Martin Harvey said the ram had shown early promise, and the stud had originally planned to keep the sire.

"As a lamb, right through to eight or nine months of age, it was a standout ram," he said.

"It's a very early maturing ram, and it will breed very well."

The ram was bought by McPiggery, Lameroo, with bidding carried out by Adam Bradley, Platinum Livestock, Keith.

Mr Harvey was pleased to see a solid turnout of repeat clients at the sale, as well as some new faces, and he was happy with the sale result, despite the absence of some long-term buyers.

"The first 90 rams sold exceptionally well. We were a little disappointed to pass a few rams, but with the season cutting off quickly, things have changed for a few people," he said.

"A lot of these guys are some of the best first-cross ewe producers selling lambs at Naracoorte, it's fantastic to see our breeding on the placards, and to see these guys doing so well."

Deepwater Trust, Lochaber, was an active bidder at the top end, securing eight rams to $3600, averaging $2700.

The sale was conducted by Pinkerton Palm Hamlyn & Steen, with PPHS's Josh Manser and Spence Dix and Co's Jonathan Spence the auctioneers.