GETTING your gear off in public generally isn't celebrated, but if it can get people talking about mental health, then young farmer Ben Brooksby will keep encouraging it. 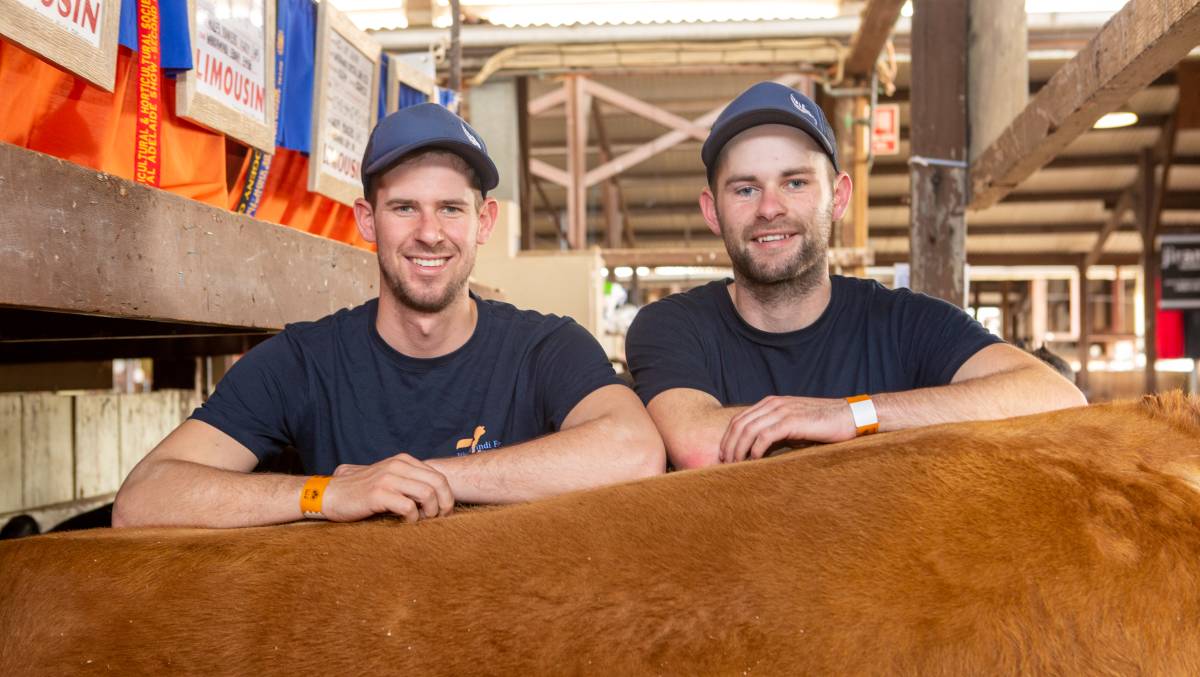 GETTING your gear off in public generally isn't celebrated, let alone promoted, but if it can get people talking and onto the topic of mental health, then young farmer Ben Brooksby will keep encouraging it.

His journey to infamy began during the 2016 harvest, when his friend and photographer Emma Cross dared Ben to pose naked in lentils for a laugh.

He put the picture on his Instagram page and it gained a lot of attention.

It wasn't until the following year, and time pondering on the seeder, that he contemplated why that picture gained so much attention.

"It made me want to do something good with my new notoriety," he said.

"There is such a huge disconnect between those that grow food and consumers, I thought an instagram page called the Naked Farmer might be a good way to get people's attention and educate them on where their food and fibre came from."

But while trying to target city screens, Ben realised the majority of the photo 'likes' were not from urban areas, it was other farmers.

"I got such great feedback from the farming community that I decided to use social media for something else positive, which is increasing mental health awareness," he said.

Ben has dealt with anxiety for much of his life, plus he lost an uncle to suicide.

"There is really alarming statistics of rural suicide and with drought continuing to hurt communities across the country, I want to help reduce that and break the stigma surrounding mental health," he said.

"It is changing, but far too slowly."

Ben said his naked ambition inspired others to do the same, and he has since received thousands of 'naked' farmer photos for his social media pages.

The concept's growing popularity prompted the creation of calendars, with funds raised for the Royal Flying Doctor Service.

Ben said choosing the RFDS was a "no-brainer" because of its rural mental health services.

"At the moment, the RFDS is expanding into drought-affected areas with more counsellors and easier access," he said.

"They also offer a great online skyping service, which is important for those really isolated."

Photos for the calendars were shot on tours Ben takes across the country, along with ones submitted by fans.

On these tours, mental health-related events are held, where Ben speaks about his journey, and further funds are raised.

"There are so many different obstacles you face as a farmer and more often than not, you just have to get on with it and do the best you can," he said.

"That has been the common theme across the tours - we may farm differently, but at the end of the day, we all deal with similar issues.

"That's why it is really important that we talk openly about it, so people know they're not in it alone.

"That's what I love about the Naked Farmer, you have the social tool of the photos to start a conversation that can eventually lead to talking about mental health."

In the first year, the tour was mainly through Ben's home district of the Vic Wimmera, with 150 of the 2018 calendars sold, raising $1100 for the RFDS.

The second year was a mainland Australia tour, with 1200 sold raising $17,000, while next year's 2020 calendar will use photos from a Tas tour, while 2021 will focus on the drought-affected areas of NSW and Qld.

Ben said he first met Mason on a Naked Farmer photo shoot at Warrawindi in early 2018.

"Not only did Mason and I become friends, I got to know the whole family," he said.

"They really got on board for the cause because it was an important issue to them as well. They ended up helping sponsor my first mainland tour and then again this year."

Ben says he returns the favour by working for the Galpins, and now spends a lot of his time in Penola.

Warrawindi also donated part proceeds of the sale of heifer Naked for Satan at the 2019 Limousin National to the Naked Farmer cause, with it selling for $3000.

Other fundraisers included a gold coin donation at the Royal Adelaide Show Calf Classic, which raised $300, while $220 was raised through the Penola Show Farmers Challenge.

It's incredible the amount of people putting their hands up to get involved and share their stories. - BEN BROOKSBY

Ben also instigated a Dob in a Farmer initiative with fellow social media sensation Jillaroo Jess, which raised more than $34,000 through a Go Fund Me page and auction in Qld.

"That money went to people in drought-affected areas, with neighbours dobbing in their mates that were struggling and we helped financially," he said.

To-date, the Naked Farmer and friends have raised more than $174,000 for a number of charities.

When it comes to obtaining the 'naked' photos, Ben says it was surprisingly easy to get people involved.

"Even when I announced a tour, it's incredible the amount of people putting their hands up to get involved and share their stories," he said.

Ben said the openness of people had inspired a Naked Farmer coffee table book, to be released next year.

"It's been an honour hearing these stories, about their struggles and how they have overcome them," he said.

"It has been an incredible thing to be a part of."