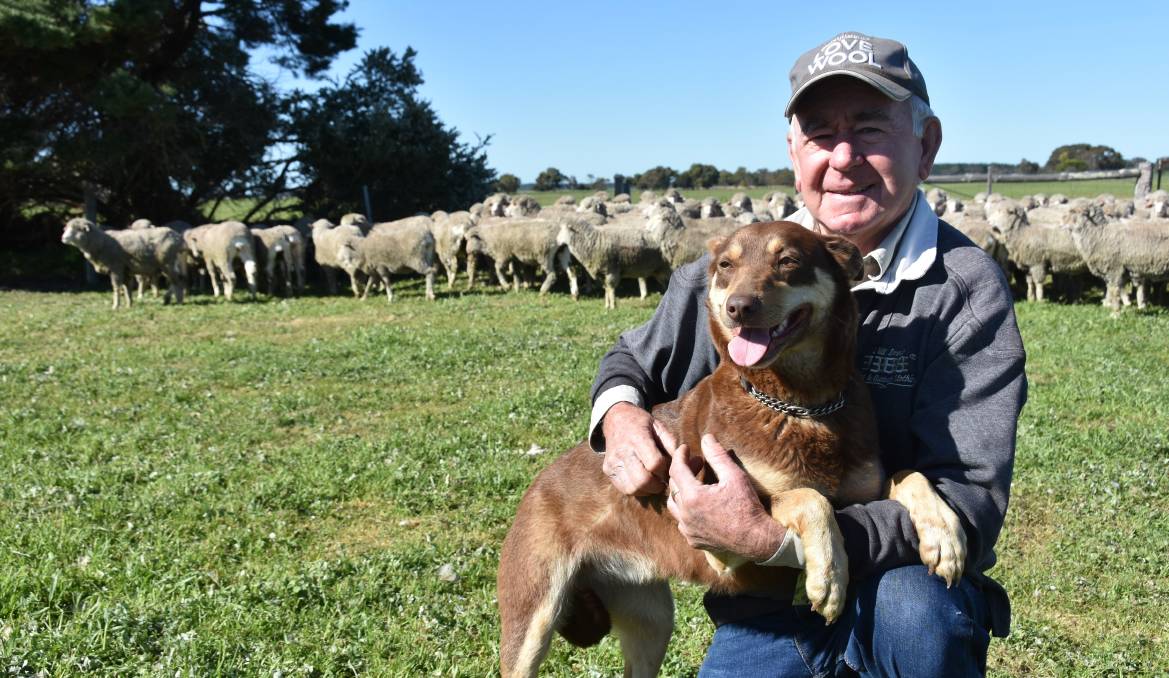 WELFARE PUSH: Rex Hocking, Avenue Range, with his dog Washpool Beatrix, wants to see purpose-built dog runs built at the state's saleyards to ensure dogs have a secure area to roam in.

Avenue Range kelpie breeder Rex Hocking has a wagging issue with the state's saleyard operators, calling on them to follow the lead of the Central West Livestock Exchange in NSW, which has built a working dog run.

He says dogs work tirelessly loading or unloading trucks for their owners, but there are no secure areas they can be left while the sale is on, instead being shut back in truck boxes or in the tray.

"When they are washing their truck down they often let the dog out to go to the toilet and for a run but there is a big risk of them getting run over with trucks moving around all the time," he said.

Mr Hocking - who is the SA representative of the Australian Federation for Livestock Working Dogs - says the livestock industry must be on the front foot with animal welfare, including working dogs, or face having harsher legislation forced upon it.

He also believes it would not be a huge outlay, with the CWLX project at Forbes costing only $20,000.

"A lot of the loading facilities are being upgraded at the saleyards and we are making sure there is better stock movement, but we also need to be thinking about a few things for the dogs, giving them access to fresh water and shelter," he said.

In May, Forbes Shire Council, which owns the Central West Livestock Exchange, opened a 60-metre-long and 20m-wide yard with four elevated kennels on skids so they can be moved, as well as troughs for the dogs to cool off in.

The council's general manager Steve Loane says the purpose-built dog yard fits in with their philosophy that "healthy animals are wealthy animals".

It was partly funded by the federal government's drought assistance fund and almost completely made of recycled materials.

"I was so embarrassed, I had always prided myself on the welfare of my dogs yet this was an obvious thing that wasn't happening," he said.

In its first five months Mr Loane says the run has been well used, with about six dogs able to be in there at a time, although he expects demand will grow during summer months.

Mr Loane, who is on the board of the Australian Livestock Markets Association, challenges other saleyards across the country to follow.

"If we are going to have strong, viable livestock businesses we need to stay on top of animal welfare," he said.

"The same goes for working dogs - it is not good enough to have them tied up under a truck when it is 46 degrees."