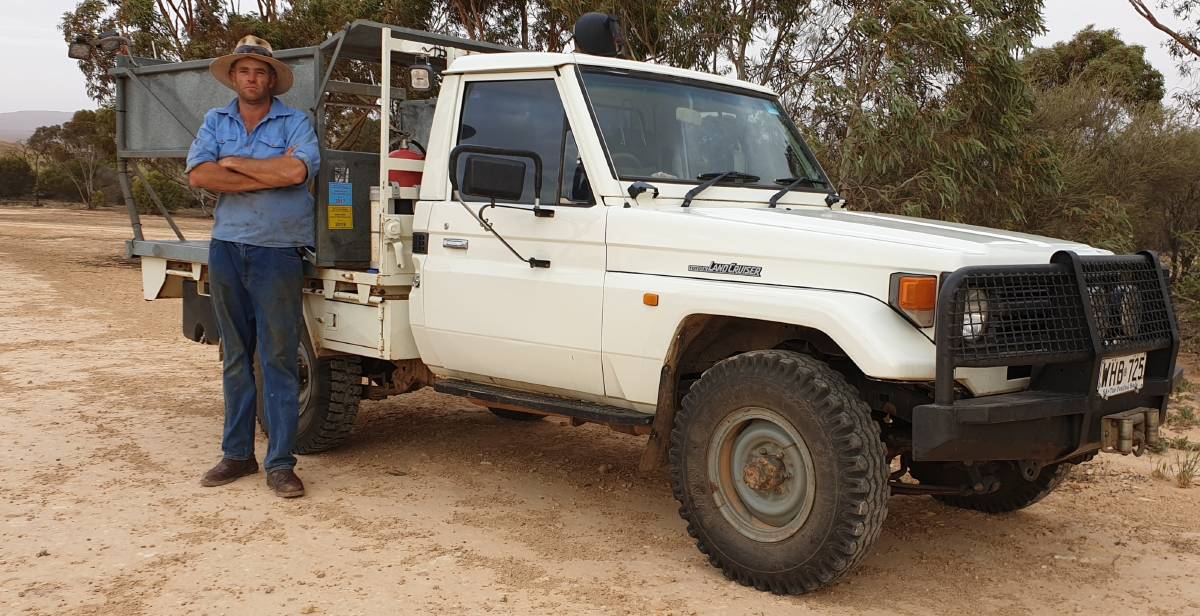 HIGH charges and licence fees are being blamed for issues in the commercial kangaroo processing industry.

HIGH charges and licence fees are being blamed for issues in the commercial kangaroo processing industry.

SA-based kangaroo processor Ray Borda, Macro Meats, said he had been warning the Department of Environment and Water for more than a decade the cost of tags and licenses were too high, pushing people out of the industry.

Mr Borda said prices of $1.60 for tags and about $1400 for licenses were well above costs in other states.

He said the falling number of field processors was a concern at a time when the industry needed continuity of supply to grow and, in-turn, improve prices.

Mr Borda said at Macro Meats' site at the Yorke Peninsula Field Days, there was a lot of interest from new potential field processors, particularly in the newly-expanded areas of commercial harvest zone, such as the South East and YP.

But he said the biggest barrier to new participants was still the cost.

"Then there are tags, fees, inspections and cost to get the vehicle outfitted."

He wants a two-year moratorium on fees and charges.

"Then after two years, people have proved they can make money," he said.

"But they couldn't bring the fees back at the same level, you don't make the same mistake twice."

A pilot program was announced by the state government earlier this year, to help drought-affected farmers in the West Coast and Far North establish themselves as part-time field processors.

It would provide $25,000 to cover the training and initial license fees for 10 farmers.

The project is being rolled out by Livestock SA, with chief executive Andrew Curtis saying progress was slow.

He said there were some positive experiences at workshops on the West Coast, but no one had begun training yet, while workshops were expected in the Flinders Ranges next month.

"We are having separate conversations with the department about the costs as a potential barrier," he said.

"The price per kilogram hasn't altered as much but expenses have risen, such as tags, fees, licensing and diesel," he said.

Before worrying about starting up new operators, they should keep the ones they've got. - TOM KUERSCHNER

He said this was the right time for a conversation as the "tsunami" of kangaroos of the past 12 to 18 months had reduced, due to non-commercial destruction permits and starvation.

"Everyone was caught on the back foot but it's time to regroup," he said.

Mr Cowin said there also needed to be more communication between processors and landowners about where numbers were grouping.

"We work on big areas so we don't always know where they are," he said.

Natural Resources Committee chair Josh Teague said a recent report looking into management of overabundant and pest species was not aimed at kangaroos but they were a key topic.

Recommendation 11 asks the government to "establish and develop markets" for kangaroos, broaden the areas where commercial harvest can be carried out - a move already announced in June - and review fee structures, while recommendation 12 calls for an inquiry into structures and challenges preventing the development of a robust industry.

"There is sufficient evidence for us to concede there are any number of issues, both on the industry side and the government side that need to be changed to have a more successful industry," Mr Teague said.

"It may be that's costs or maybe it's a question of ease of how carcases are processed, the challenge of dealing with distance, but these are challenges that are well beyond the remit of this inquiry."

MID North farmer Tom Kuerschner, Black Rock, has been working as a part-time professional kangaroo field processor for the past two years, after numbers jumped on his property.

"We were using a culling permit but culling is still a cost, so we were trying to turn it into a profit," he said.

"It is profitable but for the type of job it is, we should be able to make more out of it."

He said the job involved long - and late - hours, as well as physicality in lifting kangaroos onto the ute, weighing them, then stacking them into the chiller.

He said the biggest benefit was in removing them from his property.

There is sufficient evidence for us to concede there are any number of issues, both on the industry side and the government side that need to be changed to have a more successful industry. - JOSH TEAGUE

Mr Kuerschner said the number of processors leaving showed there were issues.

He estimated between license costs, tags, hygiene charges, vehicle running and maintenance costs, ammunition, rifles and reloading equipment, as much as 50 per cent of his returns were lost, while others he had spoken to were losing as much as 70pc of their returns.

While he thought the government's pilot program had potential, he wanted to see more support for those already in the industry.

As a farmer who already works as a part-time field processor - the people the pilot program is aimed at - it was disappointing to learn that he could not access any of the assistance.

"Before worrying about starting up new operators, they should keep the ones they've got," he said.

Mr Speirs' office was contacted for comment but did not respond by deadline.