THE family-run farming and grazing operation of CC Cooper & Co has almost finalised its transition into eID of its 50,000-plus sheep flock. 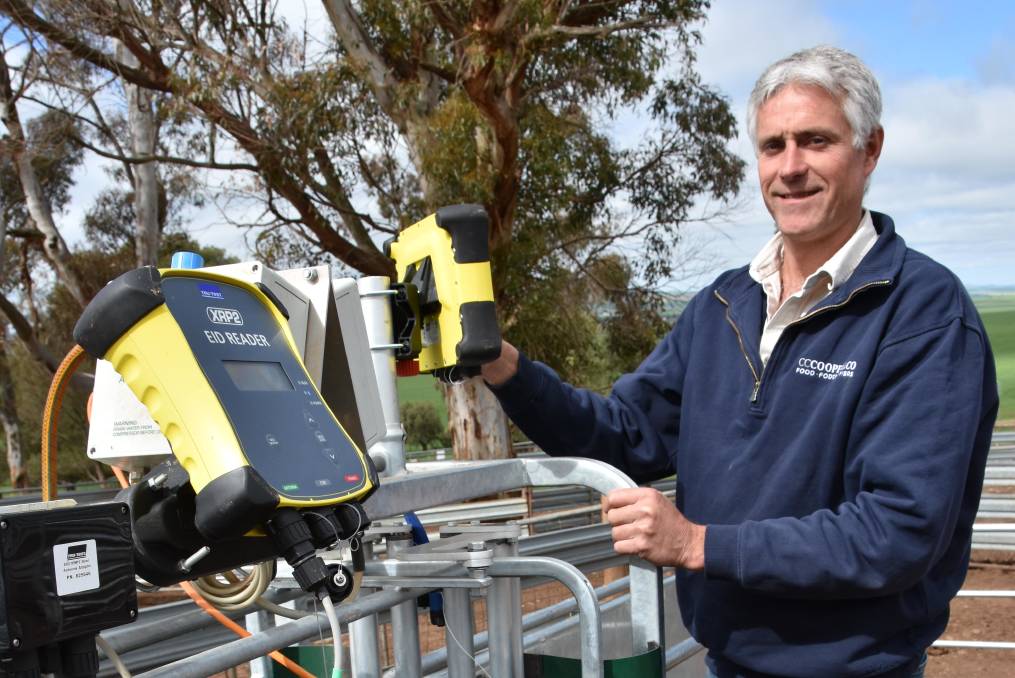 THE family-run farming and grazing operation of CC Cooper & Co has almost finalised its transition into electronic identification of its 50,000-plus sheep flock, which will not only save the Jamestown-based business time, but also reduce risks for thousands of sheep.

CC Cooper & Co is run by Leith and Averil Cooper, with fifth-generation farming sons Seth and Tom and wives Ali and Anne respectively.

They have four properties - the home property at Jamestown; Wonga Station south of Broken Hill, NSW; a 5500-hectare cropping operation at Narrung on the Lower Lakes and WA grazing property Madura Plains.

Seth said they bought Madura Plains "in the middle of the Nullabor" in February 2016 and have since invested heavily in redeveloping it to improve productivity and for ease of management.

These changes include smaller paddocks and smaller mob sizes, adding 1000 kilometres of fencing.

They generally set-stock at about one ewe to about 12ha at both of their stations.

To improve the distribution of good quality water, they have added 700km of pipelines at Madura Plains, plus hundreds of tanks and troughs.

They have also redesigned paddocks to muster sheep into 350km of laneways bound for a brand new 12,000-head feedlot on the property, which will aid management during shearing and the trucking of surplus sheep.

But the pièce de résistance of the renovation has been transitioning the flock to eID this year.

"As of this lambing, even the wether lambs will be eID," he said.

Seth said eID would enable them to autodraft the flock back into their respective mobs after shearing and be trucked back to their paddock of origin.

"Some sheep have to walk up to 80km to get to the shearing shed, so we don't make them walk back," he said.

"It is really hard to resettle sheep in pastoral country.

"They will die on a fence trying to get into the paddock they were just in, rather than adopting the water point in the new paddock.

"So the easiest thing for us is to run a set-stocking rate that works, and then use early weaning, or other tactics similar, to reduce stocking rates if required."

Seth looked forward to more closely monitoring the performance of individual paddocks, particularly lambing percentages, and unexplained losses to figure out what had happened.

"We hope the data from the eID will tell us more about how we run our mobs," he said.

"We're thinking the smaller the mob, the less mismothering, post-lamb marking issues, as well as minimising other risks to lamb survival."

Tough season to result in early return to market

"Jamestown suits our needs, logistically, plus being locals we like to support our local selling centre," Seth Cooper said.

"The market also has a big future, particularly with the move to interface the sheep market with AuctionsPlus.

"That said, we are concerned about the short-term numbers as a result of the drought of the past two years in the Jamestwon market's catchment zone.

"For that reason alone, we will ensure that any sheep we can sell is through Jamestown."

More recently though, they have been keeping their ewes to increase their flock at their recently-purchased WA property Madura Plains.

But with the recent dry weather, Mr Cooper said they would start selling ewes again soon.

Their Lines Gum Hill-blood offerings have regularly sold at the top of the market, while their wether lambs regularly attract repeat buyers.

Mr Cooper said the buyers liked that they provided wether lambs with a nice short skin that were backgrounded on grain.

"They take them direct from the market to feedlot, so being grain-ready is a big plus," he said.

The Coopers have a feedlot at their Jamestown property, which helps get the lambs ready for market and allows them to be efficiently fed grain for a minimum of two weeks.

This facility is close enough to town that most sheep are walked to market.

While prices of more than $15 a kilogram greasy have been realised for their 21 micron to 22M wool across the 2018-19 selling season, the Cooper family's coming clip may not be as rewarding.

"Unfortunately, the Trump trade war with China is having a huge impact on prices," Seth Cooper said.

"It is hard to know whether to sell as we shear, or hold some wool back in the hope that Trump and China sort out their issues."

Another marketing strategy being revised is when to sell sheep next as the Nullarbor was experiencing its driest January-August period.

"Long-term rainfall records for Madura Plains start in 1964 and neighbouring Mundrabilla start in 1901," Mr Cooper said. "In both cases, this is the driest first eight months on record."