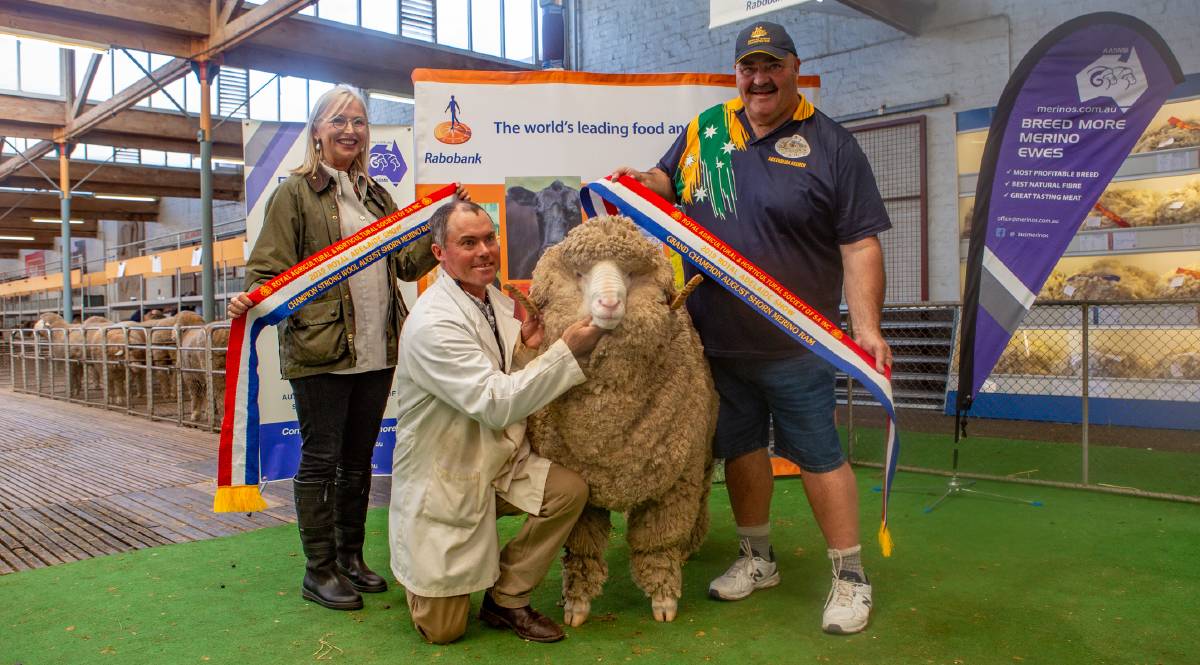 Finishing top dog was a 22.7 micron son of Greenfields Rex - which won the SA Ram of the Year title at Burra in 2017 - and out of a show daughter of leading sire Greenfields Hussey.

The ewe was part of the Greenfields pair that represented SA in 2017 at the Australian Sheep & Wool Show in Bendigo, Vic.

The grand champion ram had plenty of top show form coming into Adelaide this year, having been crowned supreme exhibit at the Hay Merino Sheep Show in NSW in June.

Greenfields stud co-principal Robert Sullivan said the champion young sire, which triumphed in the strong wool section at Adelaide before taking the grand champion ram sash, would be retained in the stud.

Strong wool judge Max Wilson, Wilgunya stud, Dirranbandi, Qld, described the ram as a "monster" with wool that "really jumps out at you".

Medium wool judge Shayne Mackin, Kamballie stud, Tammin, WA, said they were both great rams that were hard to split.

He said the Greenfields winner had a strong muzzle and head.

"It's good to see there are still some good 'hornies' floating around," he said.

The 19.8M ewe started its march to the grand sash by taking the six-tooth strong wool ewe class, beating its only rival from the Greenfields stud.

They were then awarded champion strong wool ewe and reserve respectively.

"It is cutting a hell of a lot of wool with magnificent staple," he said.

Mr Wilson also praised the quality of the reserve champion.