Lamb prices are following a similar trend to 2017, according to market analysts. 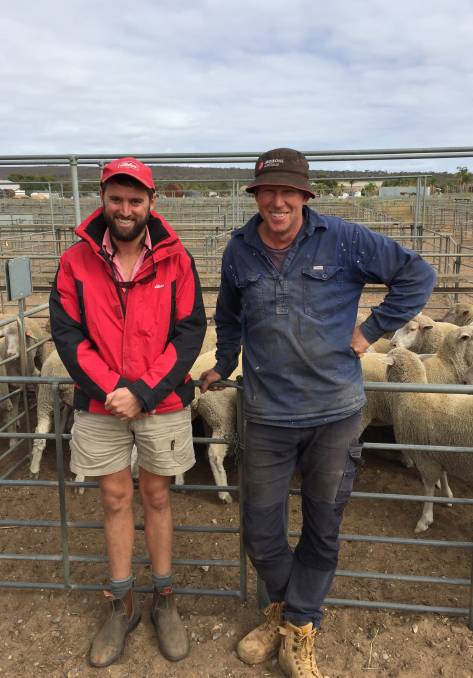 Markets have taken a breather for the past week thanks to three national public holidays in just seven days, leaving few updates for producers who remain focused on the 10-day rainfall forecast.

As the Bureau of Meteorology have also had little to report over the Easter period, we turn to the future, and what could impact sheep and lamb prices heading into winter.

"Prices for all classes of sheep rose through March, with restocker lambs and mutton prices rising the most, reflecting improved seasonal conditions and producers' willingness to hold on to sheep," Mr Gidley-Baird said.

"With average rainfall forecast for many areas on the east coast, we expect prices to ease over the coming month, as additional demand to restock will be limited as producers head into winter."

He said in 2017 after average to below average rainfall from December 2016 to February 2017, March rainfall was above average and lamb prices jumped almost 100c/kg in the space of a month.

"A similar pattern occurred in 2019, with a drier January and February followed by a wetter March pushing prices higher," he said.

"In 2017, when April was again dry, prices lost much of their gains. 2019 is likely to follow the same trend down if rain is not forthcoming."

Meat & Livestock Australia's market information team however point to a possible shortage because of lower flock numbers and poor lamb marking results, as well as the elevated export volumes so far this year, as possibly pushing prices higher for the winter.

When it comes to the impact of the weather, MLA also looked back to look forward, comparing previous years with similar rainfall to predict prices from May to July.

"Since 2003, in the three months from May to July, the Eastern States Trade Lamb Indicator has risen an average of 51.3 cents a kilogram carcase weight," MLA's recent analysis said.

"Interestingly, these price increases don't coincide with any reduction in saleyard throughput. Since 2004, the average saleyard throughput of lambs in the three months from May to July is even with the previous three-month period."

Mr Gidley-Baird said lamb exports were up 9 per cent year-on-year for March at 26,522 tonnes, increasing year-to-date exports by 12pc.

"This is almost 10,000 tonnes shipped weight higher than 2018, and is the highest volume of lamb exported for quarter one," he said.

And while MLA says the ongoing US and China trade war could still impact Australian red meat exports in the coming months, internationally it is the African Swine Fever that poses opportunities.

"While other South East Asian pork industries are also at risk, shortfalls in China will have an overwhelming impact on global meat markets....estimates of the impact on China pork production range from a 6-30pc decline in 2019, with shortages to become more acute as the year progresses," MLA said.

"While many Chinese will miss out on meat protein, those than can afford to are turning to imported meat, but it's a drop in the ocean," Mr Brown said.

"If we add record lamb, mutton and beef exports together, China might take 324,000 tonnes of red meat - our total exports would fill just 2pc of the protein hole left by lower Chinese pork production."

Mr Brown said government intervention will likely stop markets skyrocketing for meat in China, meaning there will be a limit for what they would pay for our red meat, but the stronger demand would support export values.

"At a time when our supplies of beef and mutton are likely to tighten significantly, the African Swine Fever factor is going to add more strength to what is already a strong market, which is going to get stronger," he said.