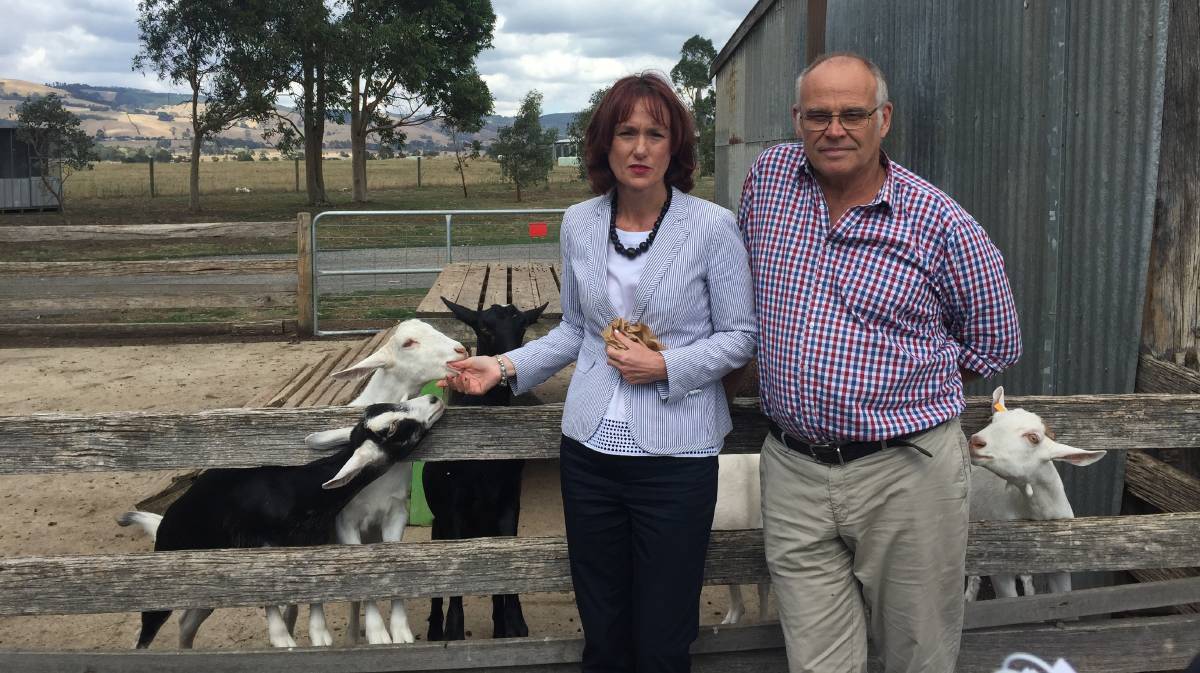 A vegan activist who broke into Gippy Goat farm and cafe has been fined just $1 for breaking biosecurity laws, leaving the farm's owner outraged.

The owner of the Gippy Goat farm and cafe at Yarragon, Vic, says he’s appalled by the outcome of court proceedings, in which a vegan activist was fined $1 for breaking biosecurity laws.

Cara Garrett, 24, was handed the fine, for removing an identifying ear tag from a stolen goat, in the Latrobe Valley Magistrates' Court.

She was also fined $1 for housing livestock without a property identification code.

The charges arose from an incident in late December last year, when vegan activists took three goats and a lamb from Gippy Goat.

Ms Garrett was placed on a six-month good behaviour bond, without conviction, on a theft charge, and ordered to pay $250 compensation.

Malakeh Awad, 37, and Yasna Kelly, 25, were also found guilty of theft and were placed on six-month good behaviour bonds.

Gippy Goat owner John Gommans said on Facebook he was appalled, as farmers seemed to have no rights or recourse.

“No statement. No redress. No compensation. No protection,” Mr Gommans said.

“No doubt the activist groups are feeling empowered by this outcome.

“They will feel secure in their ability to trespass, steal, harass, vandalise and more because the court’s judgments will allow it.”

Mr Gommans said he felt he wasn’t allowed to refute the allegations, made by the activists.

“In effect, I felt that we, as victims, were put on trial instead," he said.

He said he believed the legislation and courts were not adequate to protect farmers and their livelihoods.

“I implore the agricultural and supporting community to please tell your politicians that you, as farmers, are entitled to the protection normally afforded to every citizen and that you are entitled to have your property and legitimate businesses protected, by the law," he said.