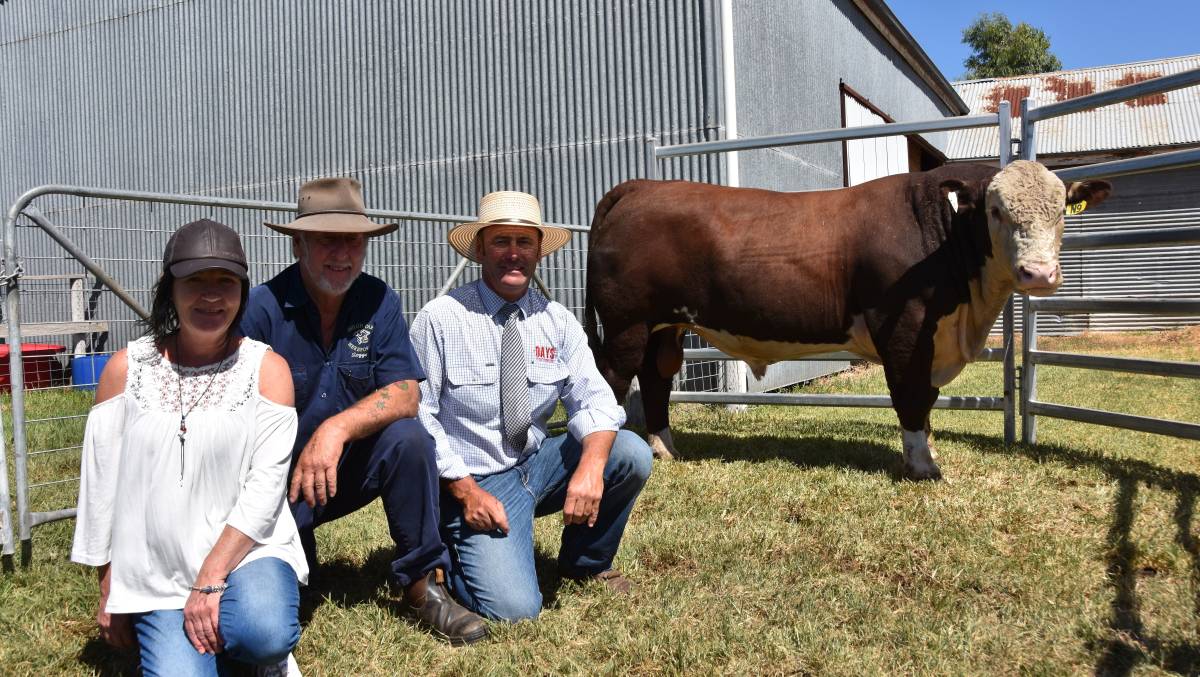 Thirteen bulls made $10,000 or more to buyers from Gippsland, Vic, to the South East and western Vic but in a reflection of the dry season in many areas and absence of pastoral orders the clearance was only 74 per cent.

Five full flush brothers (from an Allendale Tipperary D13 and Days Fancy H31 mating) were among the highlights for Days Whiteface stud.

Shiloh Park, which targets the Mount Gambier store sale with its weaners, also bought another flush brother for $10,000.

DCDL willl use the bull over Hereford females they bought from the Pitlochry dispersal sale last year.

Among the multiple buyers at Allendale- Days Whiteface sale was TRT Pastoral, Mansfield, with three bulls including Lot 1 at $16,000.

Landmark auctioneer Gordon Wood said it was a sale of “ups and downs”.

“The high performance cattle sold well and were chased by both repeat and new buyers but there was a complete lack of buying support from the northern areas which we knew would be the case,” he said.

He praised the offering as easy-doing, soft fleshing cattle.

“The Hereford breed has identified that they need some intramuscular fat in their cattle, this catalogue is stacked with IMF coming through from the cows and the bulls they are using  so it augers well for them (the Days families) to take the Herefords into the next decade,” he said.

Elders auctioneer Ross Milne said buyers chased the bulls they wanted but bidding was restricted on the bottom end.

“The average was pretty pleasing at more than $7000 but a lot of people would be walking away pretty happy about what they got,” he said.