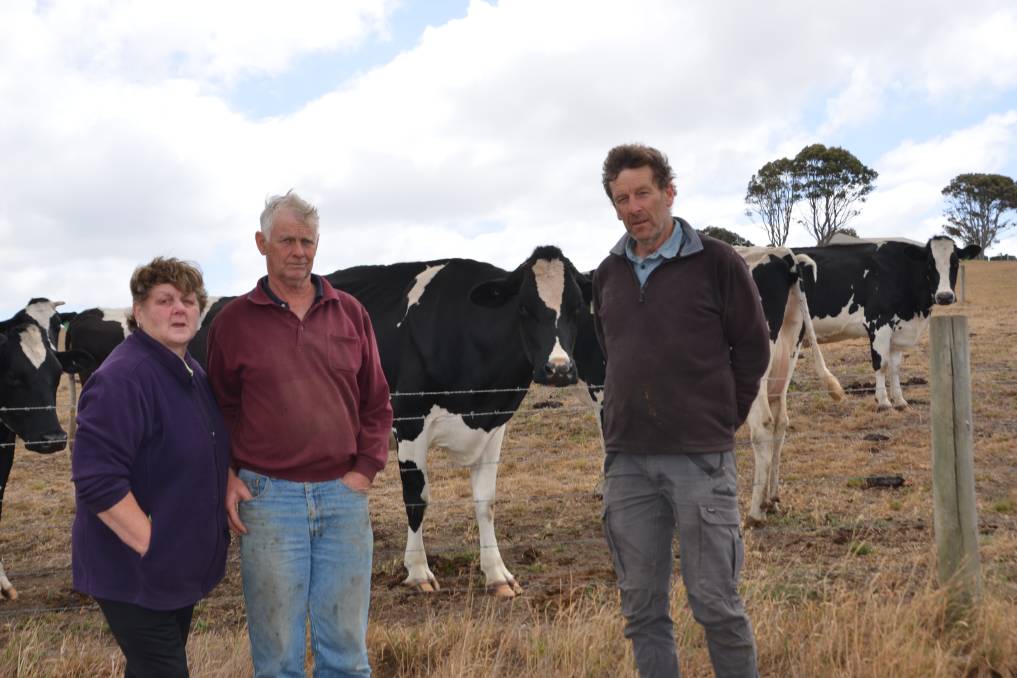 THE ongoing drought and rising feed prices have been the tipping point that forced Victor Harbor dairyfarmers Stephen Treloar and Colin Dohnt to reassess their place in the industry.

THE ongoing drought and rising feed prices have been the tipping point that forced Victor Harbor dairyfarmers Stephen Treloar and Colin Dohnt to sell their dairy herd.

“It’s been building for a long time – milk prices and lack of equity, but the drought has tipped us over the edge,” Mr Treloar said.

This week they shot to national prominence after a Facebook live video of Mr Treloar's daughter, third-generation dairyfarmer and journalist Casey Treloar, speaking about the forces behind their decision to sell their cows went viral.

Mr Treloar said in the past two years, grain costs have risen about 50 per cent to $460 a tonne, lucerne hay was up about one-third, and cereal hay has almost doubled from $180/t to $350/t.

We’d find a glimmer of hope and run with it, but we’ve run out of options. - STEPHEN TRELOAR

He estimates production of hay and silage in their district was down 25pc this year.

Longer term, Mr Treloar said electricity prices had doubled in the past five years, leading to a “tight margin” in their operation.

“Until we get rain we need to feed the cattle and that’s a big cost,” Mr Dohnt said.

They have already reduced the numbers of Holstein cows milked, culling heavily, but Mr Treloar said even cull cow prices were down on a few years ago.

The main support to their business has been selling dairy heifers into China, but they say that with the whole industry in such array, this market was feeling pressure also.

“We’ve been very close a couple of times to pulling the pin but we pushed on, hoping things would get better,” Mr Dohnt said.

Mr Treloar said things had been steadily getting worse for about the past decade.

“We’d find a glimmer of hope and run with it, but we’ve run out of options,” Mr Treloar said.

This week Mr Treloar will move into a new job, managing a neighbouring dairy farm, while Mr Dohnt will take on the main responsibility of winding up the operation – they estimate it could take about six months.

The lease on one farm finishes this month, and they will need to find a new home for their autumn-calvers by then.

Mr Treloar estimates, across the year, they will receive about 41 cents a litre from the processors, while it costs about 50c/L to produce the milk.

He said the prices being paid did not reflect the value of their milk, with the bulk of their milk sold into the domestic market in Adelaide or used to make value-added products, such as cheese.

“Why aren’t we getting paid comparative to what they’re getting?” he said.

“In Qld, they pay a lot higher price than we get here.”

Mr Treloar said they prices they received needed to reflect that the cost of production had risen.

“When grain prices go up, the bread price lifts but we cop the high price and have nowhere to pass it on,” he said.

“The industry could wear the drought and grain prices if the milk price had been solidly profitable in the good years, but it’s been marginal in the best years.

“I’ve talked to the very best farmers around here and they’re questioning the direction they’re taking.

“Some are diversifying into sheep and beef.”

Mr Treloar said the issues in the dairy industry could be traced back to deregulation at the turn of the century, with farmers guaranteed a price, linked to the cost of production.

“It’s been a race to the bottom since then, with processors using the $1 a litre milk as an excuse not to pay us more,” he said.

Mr Dohnt said there was an imbalance in the retail world when bottled water cost more than milk.

The two have long shared a love of genetics and breeding dairy cows.

“Stephen’s and my passion for our cows has probably drawn us on longer than we should have,” Mr Dohnt said.

“If we’d been in it for the money, we would have pulled the pin a long time ago.”

The industry could wear the drought and grain prices if the milk price had been solidly profitable in the good years, but it’s been marginal in the best years. - STEPHEN TRELOAR 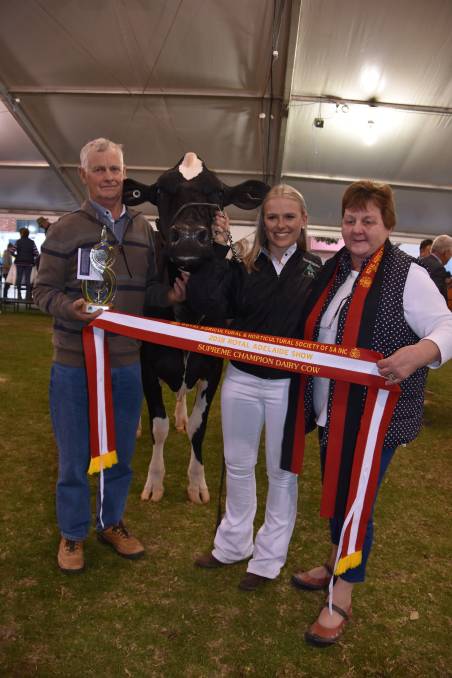 They are both concerned about what might happen with their herd – if there will even be a market given the broader issues in the dairy industry.

“When you’ve put 40 years into something, you don’t want to see it just go away,” Mr Treloar said.

Ms Treloar has grown up with dairy cattle her whole life and said she had been considering filming a video like this but had held back.

But as she went out to get the cows “probably for the last time”, she decided to try and get the message out.

She said the response to the video has been unexpected.

It has had more than 800,000 views since Sunday and attracted attention in media outlets, sparking a conversation.

She has even been invited to Canberra next week to meet with federal Agriculture Minister David Littleproud.

“I saw the opportunity to speak up when other people might not have the chance,” she said.

“The crux is getting the message out there and helping people understand we may not be in a drought area but we have been severely affected by drought,” she said.

Ms Treloar said the problem was not solely linked to supermarkets selling milk for $1/L, but that was a contributing problem.

“It has devalued our product at the domestic level,” she said.

“Processors have lost some power in what they expect supermarkets to pay.”

Mr Treloar said it had been heartening to see the support received.

“It might only be words but it means something when people ask if there is anything they can do,” he said.

SA Dairyfarmers’ Association president John Hunt said the local body would be releasing a plan for the state’s dairy industry in the coming weeks, after long consultation with farmers.

He said this would include looking at the impact of $1/L milk, and other discounted dairy products.

“We will be asking ‘do we really need a dairy industry in Australia and do processors and retailers see the need?’,” he said. “Hopefully they do answer yes, then we need to work out how to make sure one remains.”

Mr Hunt said the industry needed to consider its future.

“When people who have been dairyfarming for generations say they don’t see a future, we’re at a point when we’ve got to do something,” he said.

“Dairyfarmers are trying to be as efficient as they can.

“But cost of production, power, labour, fodder – everything is through the roof and the milk prices have stayed stagnant.”