The first Mahindra Jivo's have hit the ground in Australia

There is a new player in the orchard market, with the first customer delivery of Mahindra’s new Jivo 2025 tractors taking place last month. 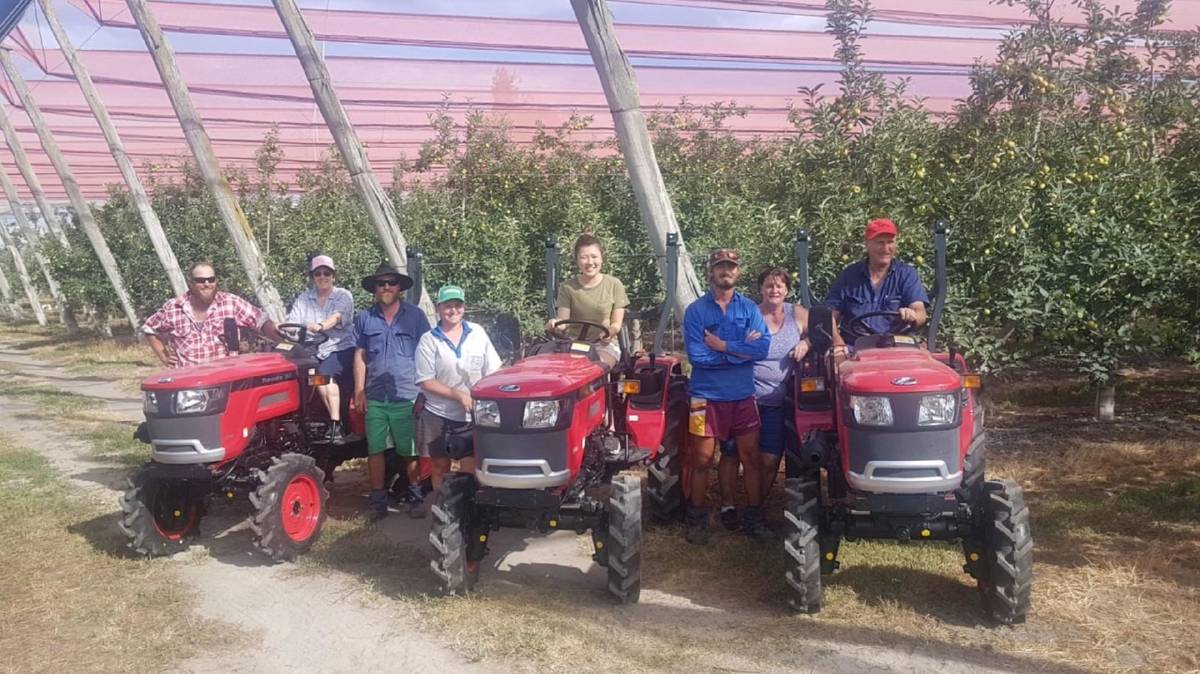 SHE'LL BE APPLES: Members of the Savio Orchards team, based in Stanthorpe Queensland, take delivery of five new Mahindra 2025 Jivo tractors for use in their apple operation.

Announced in 2018, the first shipment was landed in Australia prior to Christmas following the integration of a roll-over-protection system (ROPS) and other features to bring the tractor up to Australian standards.

Five of the initial tractors were purchased by Savio Orchards, based near the southern Queensland town of Stanthorpe.

“To see it in large orchards, doing true farming applications is exciting,” he said.

“Features of the tractor that lend itself to that are the fact that it has a proper draw bar, and it is is a one tonne tractor, not a lightweight toy, it is purely designed for farming.

“Also the narrow spacing, the tractor is 1060 millimetres in width and our track get narrower then a metre, this makes it suitable for anyone farming things like lettuces and vegetables.”

Mr Halliwell said Mahindra was bullish about its new line, as there was little competition in the segment, except from some of the Chinese products.

“We feel our Indian brand and products have a good reputation, we have been in Australia since 2005 and have a national dealer network to back us up, which is different to some of our competitors,” he said.

“A lot of dealers are challenged on margins and price these days and will move to alternative materials, instead of steel, they will go to aluminium or plastics which are cheaper to produce,” he said.

“Because we started as a steel trading company, and we still are, we produce a large quantity of steel panels and componentary for other manufacturers from our factories in India.

“That gives us scale and the ability to manufacture at the right price without compromising on materials.”

The story Jivo the apple of their eye first appeared on Farm Online.