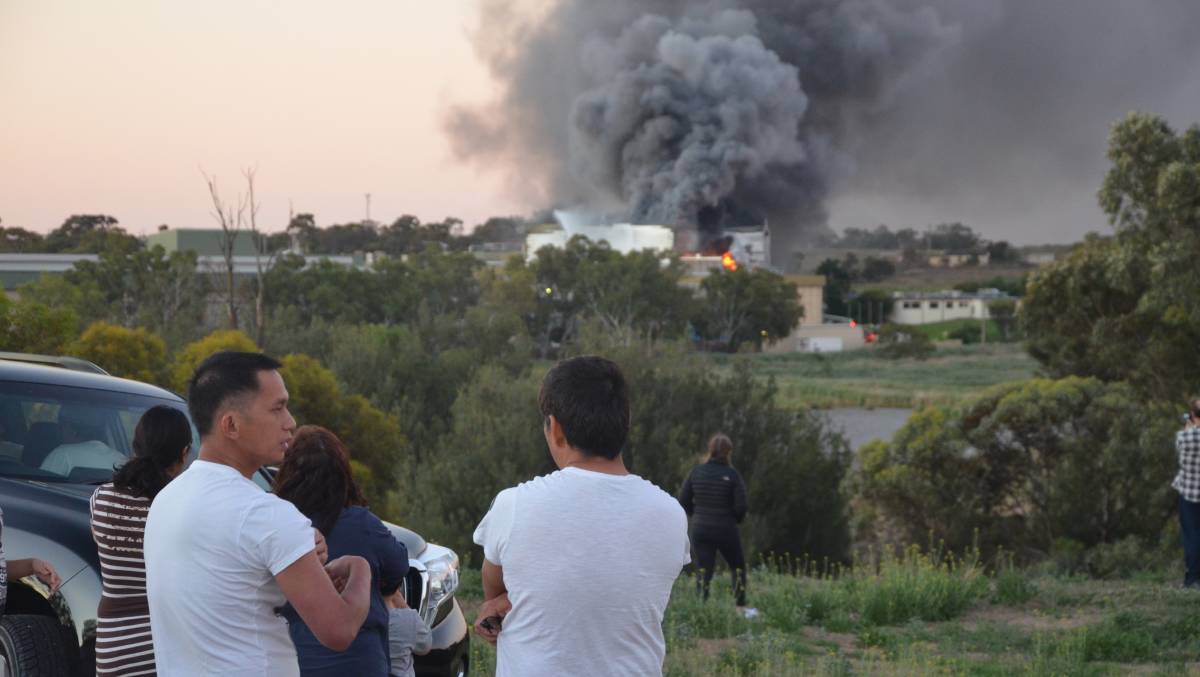 A ruling in the case of one employee could have implications for hundreds more.

An employee should not have been stood down without pay indefinitely after the Thomas Foods International (TFI) fire, the Fair Work Commission has ruled in a case that could have implications for up to 1000 others.

On May 7, the commission found it was neither fair nor reasonable for Stephen Ball, a laboratory technician, to have been stood down for more than two months after fire gutted most of the Murray Bridge meat works on January 3.

Mr Ball, like many other employees, had been asked to take his annual leave on January 11, and was to be stood down without pay once it ran out.

He wound up accepting a temporary role at TFI's Lobethal abattoir, but when TFI asked him to take a 35 per cent pay cut, he went on stress leave and was stood down when it expired on March 6.

Mr Ball went to the Fair Work Commission to dispute the legality and fairness of the stand-down, and of Thomas Foods' decision to go back on the terms of employment it had offered.

He was represented by his father-in-law, John Kassebaum – not a lawyer, but a former provider of business interruption insurance, the type a large company would use to pay employee redundancies after a disaster.

Despite lacking a legal background, Mr Kassebaum was able to provide the commission with a precedent – a decision pertaining to a stand-down by a carpet manufacturer after a fire, establishing that there was a limit to how long workers could be stood down without pay – which it accepted, trumping an argument from TFI's special counsel.

In his decision, Fair Work Commission deputy president Peter Anderson did not make a ruling about the lawfulness of the initial stand-down, though he said that matter “may warrant more specific scrutiny”.

But he said it was neither fair nor reasonable for the company to have stood down Mr Ball for more than two months, as the implications of the fire would have been clear by that time.

"I take into account that the fire was major, indeed catastrophic," he said.

"I take into account that the employer was managing an extreme human resource challenge that involved the interests of approximately 1000 employees.

"I take into account that the employer was, at the same time, dealing with insurers, government authorities, customers, the media and local communities.

"Nonetheless, it was apparent at least by March 5 ... that loss of production was going to be for a prolonged period, probably until the Murray Bridge site was rebuilt.

"I consider it unfair for Mr Ball to be continuing to be stood down without pay some four months after the fire, with no sign or prospect that the stand-down will be brought to an end except when the site is rebuilt and brought into production in – at the very least – some 18 months to two years' time."

He asked Thomas Foods to pay Mr Ball an amount of money equal to his redundancy entitlements and any leave he was owed, plus full pay since March 6, the date at which the stand-down had become unreasonable.

Implications for other workers

Mr Anderson made it clear that while he had considered the legality and fairness of the TFI stand-down, his decision applied only to Mr Ball.

"Individual considerations apply to different persons and different categories of employees and the circumstances in which they have come to be employed, relocated or stood down by the employer," he said.

But Australian Meat Industry Employees Union secretary Sharra Anderson told The Standard she believed a precedent had been set.

Mr Kassebaum said Mr Ball would be alright – he had since found another job.

"But other people are not so educated (about their rights)," he said.

"What they (Thomas Foods) are doing is not right."

He questioned whether the company deserved to receive millions of dollars worth of public money for its coming rebuild, considering the way it had treated Mr Ball and the other workers.