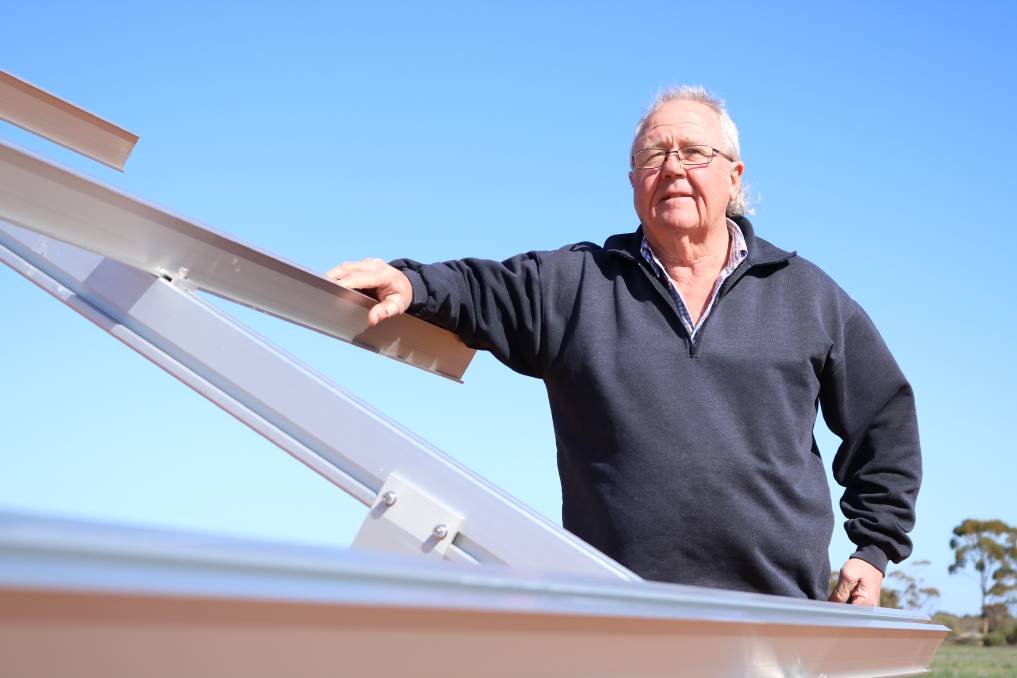 PLANNING AHEAD: Taldra pig farmer Daryl Fielke has invested in a 4000 panel solar energy system to help absorb some of his on-farm electricity costs that are reaching more than $35,000 each year.

SA farmers are leading the way with investing in solar energy technology on-farm to help reduce production costs and aid diversification, according to a new report released from the Commonwealth Bank.

Rising energy costs and concerns about supply reliability have prompted SA farmers to lead the way with investing in solar energy technology, according to a new report released by the Commonwealth Bank.

Commonwealth Bank general manager regional and agribusiness banking for SA Natasha Greenwood said from past reports, SA farmers had continuously showed they were the most innovative across Australia.

“We have a renewable energy environment in SA where farmers are more willing than some of their counterparts interstate to take a step forward and invest in solar energy,” she said.

“We are also starting to see farmers begin investing in LED lighting and off-peak power, too.”

The report also revealed that although farmers were investing in solar energy, the next priority was battery storage.

“Only about 11pc of the 49pc of farmers with solar energy have battery storage, but the report showed the number one thing farmers wanted was battery storage but cost was a barrier,” Ms Greenwood said.

“For many, a plan B is solar with battery and this may account for the 28pc of farmers who say they feel like they have some control over energy costs – more than any other state and higher than the national average of 18pc.”

“Our farmers are telling us that energy is accounting for about 11pc of their input costs and significantly impacting on their bottom line. We are seeing record high inquiry levels for utilising energy efficient loans.”

Taldra pig farmer Daryl Fielke has invested in a 4000 panel, one megawatt system that will cover about three hectares to help decrease his $35,000 annual electricity bill.

“The heating throughout the winter is what contributes to our electricity bills being so expensive, we run about 100 or more bar heaters,” Mr Fielke said.

“Basically, the solar investment is to off set the solar farm against the piggery and the household electricity bills as well,” he said.

Mr Fielke has operated a 600-sow piggery for 40 years and his investment into solar energy is also a part of his retirement plan.

“I also have plans for a pig manure processing shed for when I am retired from the farm and the solar system will help to run that too,” he said.

Mr Fielke expects to gain a return on his investment of about six cents a kilowatt in a 10-year period compared with his existing rate of 30c/kW, saving about 15pc on his energy costs.