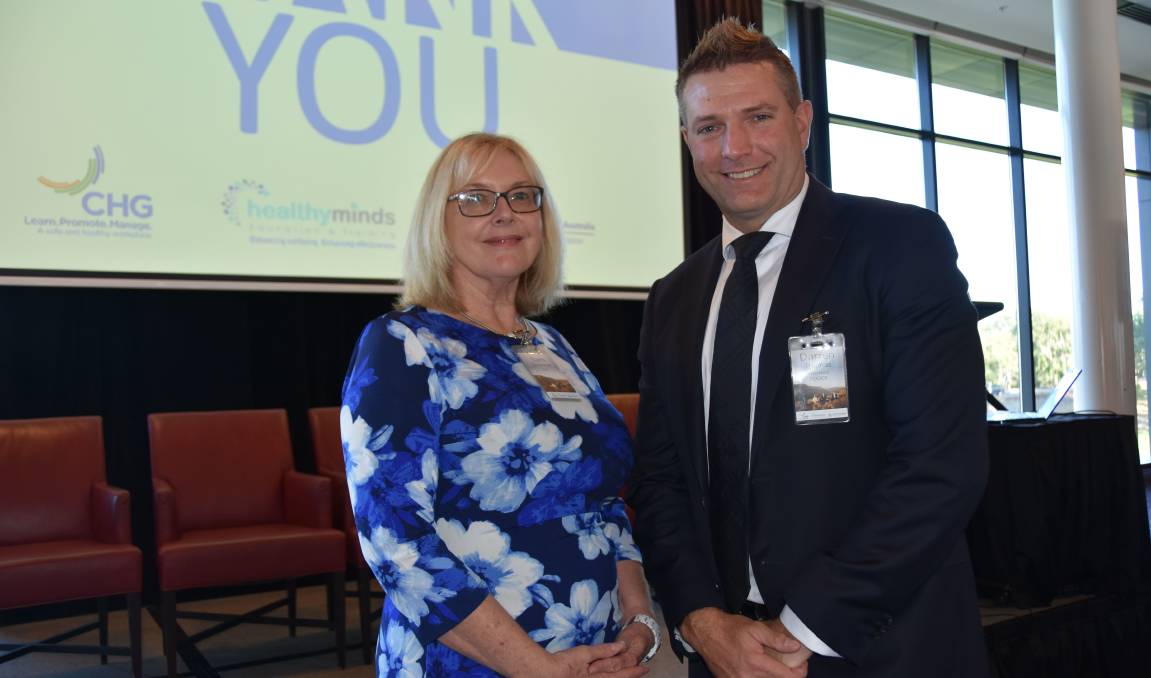 He and father Chris had just two small projects to complete the site before the devastating blaze, caused by a welding accident, on January 3 of this year.

At a mental health awareness breakfast in Adelaide last week, Mr Thomas opened up for the first time about watching nearly 20 years of hard work evaporate before his eyes.

In 1999 the Thomas family bought the struggling plant which employed 300 people and had grown it into the largest multi-species abattoir in the world, with a staff of about 1500 people.

Mr Thomas said the 78 days since the fire had been the “most interesting of his life” and while he is an optimist he still has dark days.

His sole focus has been their people and getting Murray Bridge back to the “jewel in the crown” of their business which has an annual turnover of more than $2 billion.

Mr Thomas admitted he had not watched the post-fire media conference until the eve of the breakfast but believes having a plan was crucial in dealing with the crisis.

“Something in my training and the strength in our organisation kicked in and allowed me to think clearly when I needed it most,” he said.

He believes honest and open communication both with their staff but also their suppliers and customers has been key. He has also kept a daily blog to reflect on the experience.

“I am a compassionate human being, like most of you here and we have had to make hard decisions in the interest of the business but also the community.”

He praised the young lady who evacuated the plant even before the alarms went off describing her as a “hero”.

“The one thing I take great solace in is there were no injuries or loss of life,” he said. “There was 900 people in that facility- we could have been sitting there with 900 funerals.”

He also had high praise for the emergency services and the state government taskforce.

“It is one of the single biggest claims of insurance outside mining for over a decade,” he said.

Mr Thomas said TFI had been quick to establish welfare programs for its staff and recognise all its employees would deal things differently.

He encouraged all businesses to take the mental health of their employees seriously.

“Every dollar invested will be repaid in spades,” he said.

TFI rebuild about ‘giving back’ to employees

“The last 20 years has been all about what our employees, what our people, have done for us,” he said.

“The reason we are here is what they have done for us.

“Now it is our time to give back to them and direct and guide them through.”

He says there had been small wins to celebrate, including moving their Lobethal plant to a double shift at  within 10 days of the fire and being able to offer every one of their 900 Murray Bridge employees, aside from the labour hire workers, a position.

‘In SA we just about produce as much (sheep and lambs) as we did with two plants and we have some further plans to increase that,” he said.

He said finding processing capacity for cattle had been more difficult but was grateful to G&K O’Connors.

The Pakenham,Vic, abattoir is processing about 1000 cattle a week for them so they can meet their contracts, including their Woolworths service kill.

Mr Thomas hoped the rebuild would been less than two years but said a time frame was still not clear.

He also reaffirmed the company’s commitment to Murray Bridge but said whether it was on location or a greenfield site was yet to be determined.

“We are going to have the most modern multi-species plant in the world and that is not only very exciting for us, but, for producers there is a fantastic marketing opportunity for them in the future,” he said.