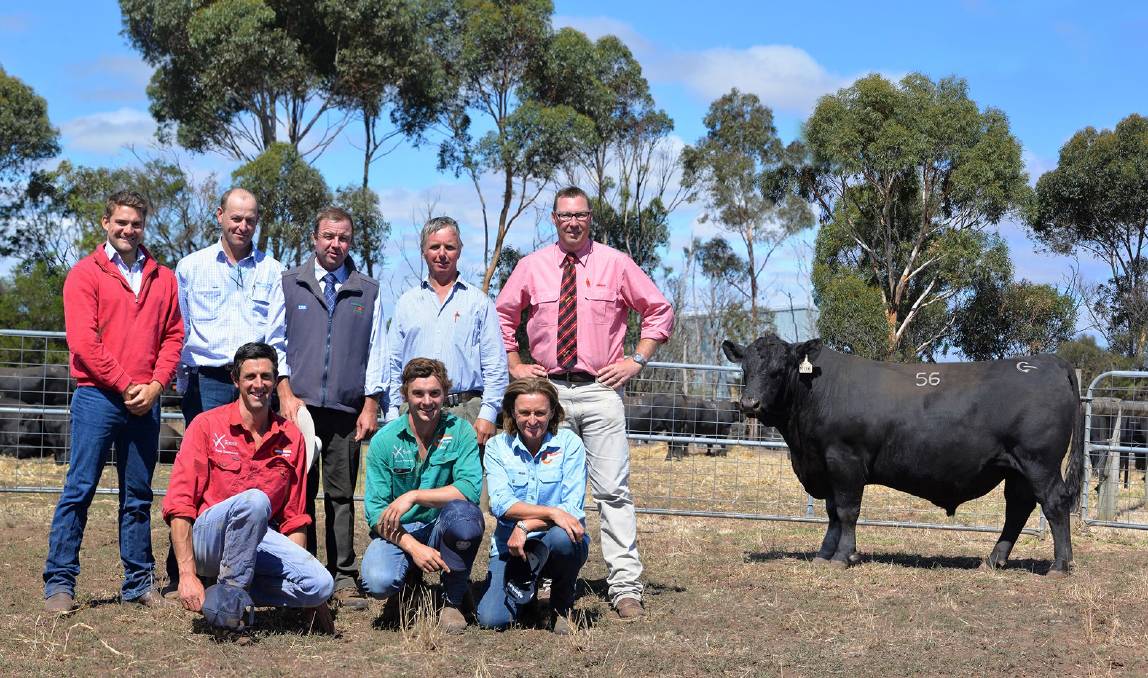 In the breakdown stud principals Mark, Anna and Mark Gubbins sold 126 of 131 autumn and spring 2016 drops for a sensational $7369 average.

This was down just $219 on 2017’s record-breaking sale, held just after the largest dispersal sale in the Angus breed’s history.

The aptly named Coolana Revenue M176, sired by Connealy Revenue 7392, was the first of the spring 2016-drops through the ring.

The Lot 56 bull had excellent performance, weighing 826 kilograms at 18.5 months and had well balanced Breedplan figures including 600 day weight of +107, an eye muscle area of +4.2 and intramuscular fat of +2.2. 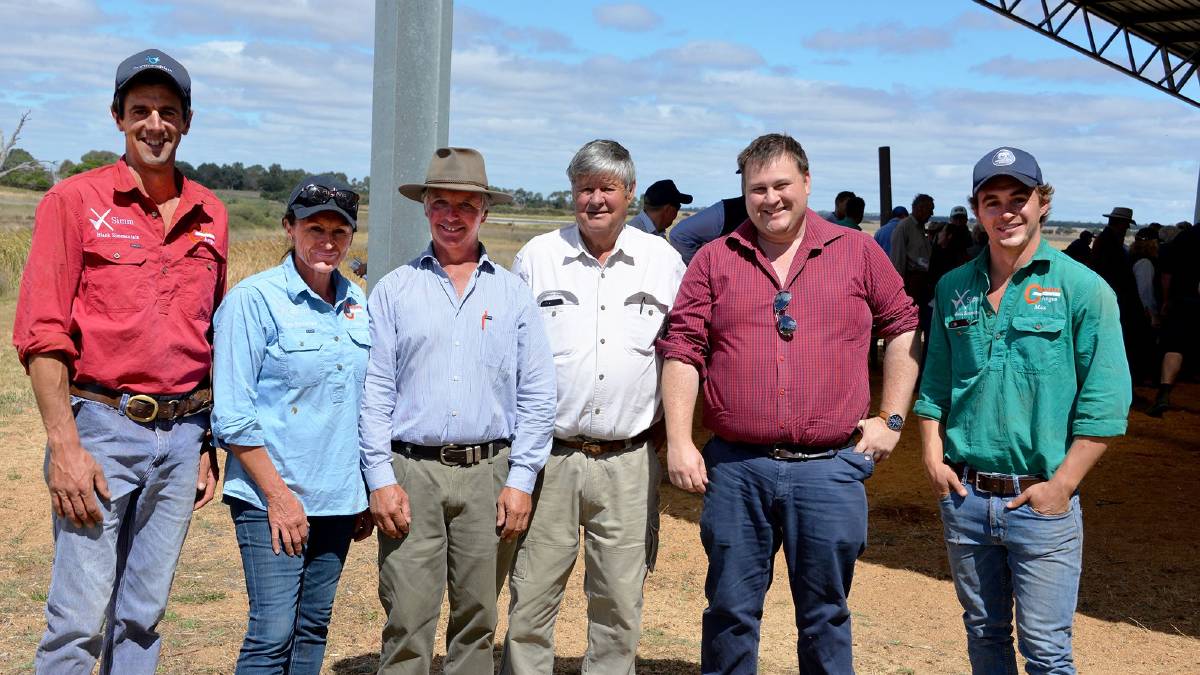 A bull had a terrific carcase and terrific hindquarter and boasted an EMA figure of +7.4.

Four bulls made $13,000, with two to Princess Royal, one to Benara and the other to CD Baker, Avenue Range who bought Coolana Big Sky M735.

It was one of 24 sons in the catalogue by Musgrave Big Sky which averaged 9pc above the sale average.

McCarthy Livestock, Lucindale, were one of the strongest bidders all day, underbidders on many before winning five bulls for a $7500 average.

The draft will go to Mr Baillieu’s Broadlands property at Lucindale.

“We are ecstatic and to be honest a little blown away with such an exceptional result in the circumstances of leaving the stud industry,” Mr Gubbins said, after the sale.

“ We were certainly very pleased with the quality we were able to put up, but the loyalty and strength of bidding from our clients was something special.”

Coolana will hold its final spring bull sale on September 6 with 100 Angus bulls on offer.

“Everyone who has supported us over the many years is invited to that one, which will be an end of an era in one way, but also the beginning of a new chapter for us at Gubbins of Coolana; and we could just see a big party after that one,” Mr Gubbins said in his closing remarks.

The remaining black Simmentals from their XSimm stud are available by private treaty.

Elders and Spence Dix&Co conducted the sale with Ross Milne and Jono Spence officiating the bidding.

Sponsored by
Fox bait will be available for Murraylands and Riverland landholders during a series of distribution days in the next two months as part of a group baiting program.
Test
The recent severe weather and extensive flooding in the north of the state has been officially declared a Major Emergency.
Test
Stock Journal was on Kangaroo Island this week to see how fire-affected farmers were faring two years on.
Test
Yesterday's Mount Pleasant market maintained lamb prices, keeping them firm with the fortnight prior and is inline with other markets.
Test
POLL: For some heavy rain brought relief and rejoice, but for others it brought frustration as different parts of the state were impacted by the weekend's weather in different ways.
Test
AS he farewells a 45-year career as a livestock agent, Mike 'Juice' Newton says it is a nice time to hang up the boots with clients thriving and the industry at such a high point.
Test
A South Australian ghost town is today at the centre of a national emergency.
Test
TWO years on from the Cudlee Creek fire, which burnt more than 23,000 hectares of land in the Adelaide Hills, and a number of producers are still working to rebuild their operations.
Test