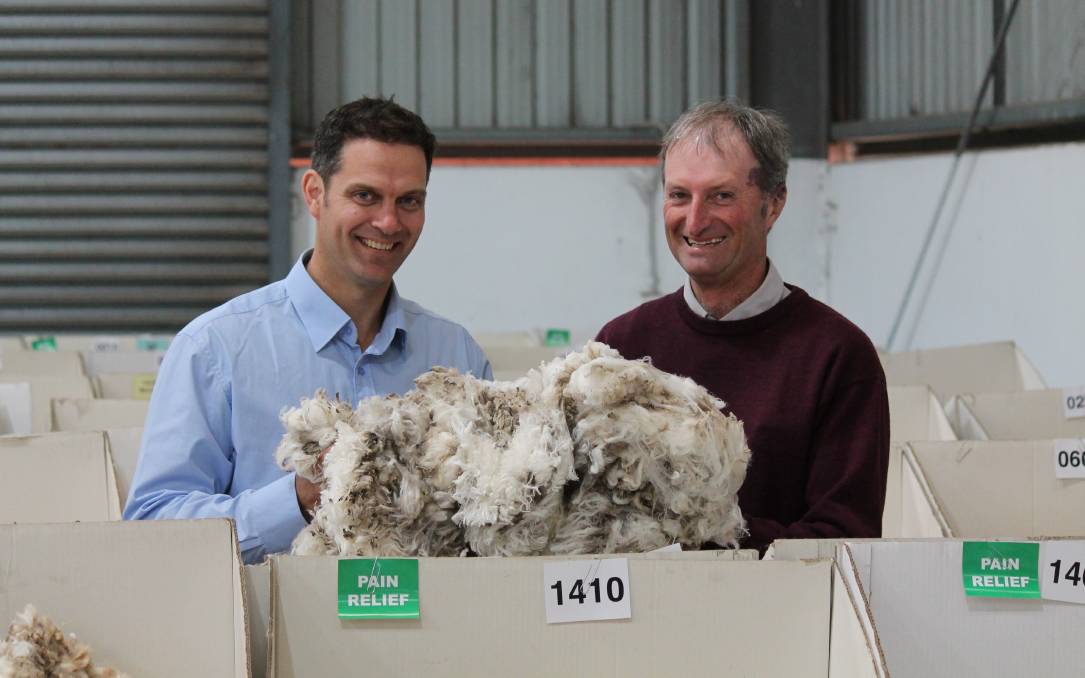 THE Australian wool market has proven that low prices are the best cure for low prices.

THE Australian wool market has proven that low prices are the best cure for low prices.

Fine Merino wool is receiving well-deserved premiums this financial year, while years of inflated crossbred prices have resulted in prices tumbling this season.

“They were low for long enough for buyers to see they were good value, but a heap of buyers hopped into and the nature of the supply chain means processors are committed and they have to keep buying.

“Obviously the demand has swung far enough to outweigh supply.”

This season, the Australian Wool Exchange Eastern Market Indicator averaged 1398 cents a kilogram clean, peaking at 1551c/kg in March after a low of 1283c/kg in November.

The Northern regional indicator also peaked in March at 1641c/kg, after bottoming at 1316 in September and overall averaging 1465c/kg for the season.

Similarly, the Southern regional indicator peaked at 1499c/kg in May, after a low point of 1257c/kg and averaged 1362ckg.

In the West, the regional indicator experienced its high this month, at 1567c/kg, with the lowest price in of 1344c/kg in September, for a seasonal average of 1451c/kg.

Fine wool, 17 to 19 MPG, have risen on average 23 per cent on last season’s average prices. 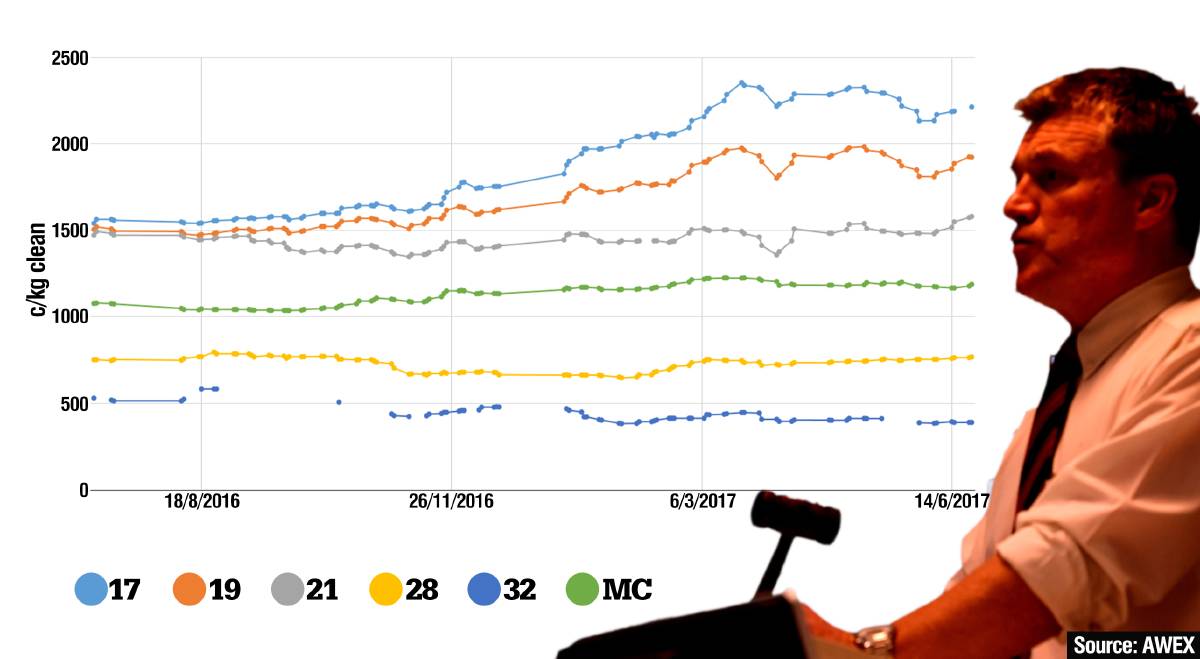 Micron Price Guides' performance for the 2016/17 season highlights the outstanding run experienced by fine wool, as broader and crossbred wools struggle to compete.

“Crossbred prices have retreated from their price highs of 2011-2014, and with the broader micron categories returning to levels that they traded in before 2011,” he said.

“Interestingly it looked like there might be a structural change (in the crossbred market) and then bang, it was back to where it was before, although the strong broad merino prices are helping fine crossbred prices.

“Chinese buyers hopped into the crossbred market because it was seen as reasonably good value following 2011-12 when Merino prices went through the roof. This pushed-up prices for a couple of years which was unusual and almost looked like it would stay.”

Reaping the rewards of the reinvigorated fine wool market is demand for broad Merino wools.

“Total fresh shorn wool supplies haven’t picked up by much and stock is low in the system. High prices are telling us there is an imbalance, with supply on the low side.

“Late in the season there has been a reaction to the rise of fine wools and increased attention on broad Merino wool, which came through in April and May.”

One of the season’s lucrative “super strong” gems has been the Merino Carding market, which hit 1251c/kg in the West, for a national average of 1137c/kg this season.

“The Australian dollar is boosting the local price and a lot of the underlying strength in the wool market is because there is a lot less supply than what there was 20 years ago.”

And the forecast opening for the 2017/18 season, which kicks off in July, was for fine wool premiums to continue to soften, while crossbred to continue to tread at current levels.

“The sleeping giant is the season,” Mr Woods said.

“The season is looking dry and if we wander into a dry spring the supply story for 2018 will reverse with more fine and less broad wool.”​