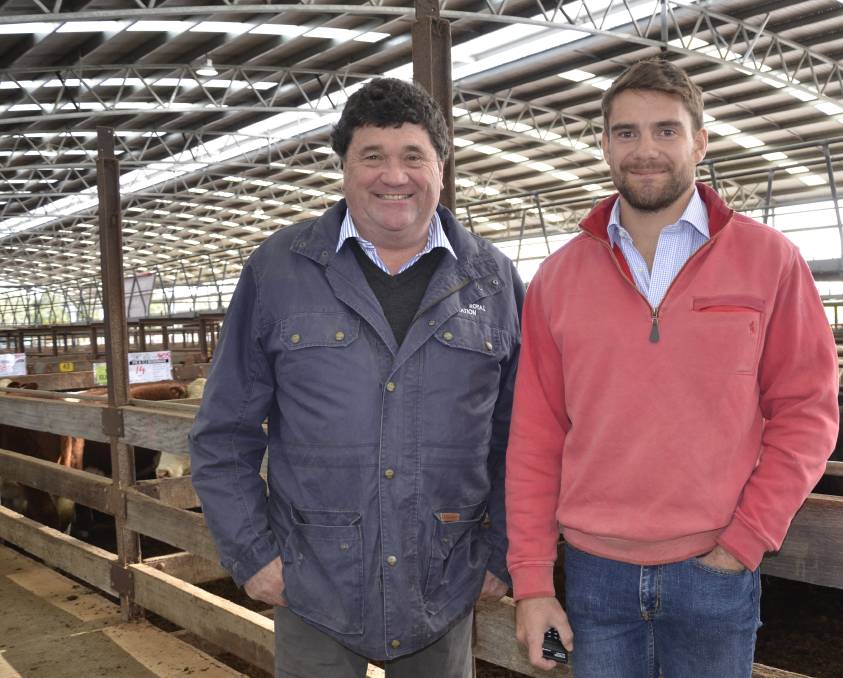 “Steers were just back, by about five to ten cents a kilogram, on the extreme rates of the previous month’s sale,” he said.

“The heifers were very dear. It was probably the last chance to buy heifers to join for autumn mating, so a few guys were prepared to go right up there in the rates.”

A pen from Fisher Clover Ridge Pastoral, Marcollat, kicked off the sale. The 14 European Union and Pasture Fed Cattle Assurance System-accredited steers, 451 kilograms, made $3.60/kg or $1623 and sold to Princess Royal.

The highest price a head for heifers were five EU-accredited Murray Greys, 329kg, from Lyntunga Props, Keith, making $1158 or $3.52/kg.