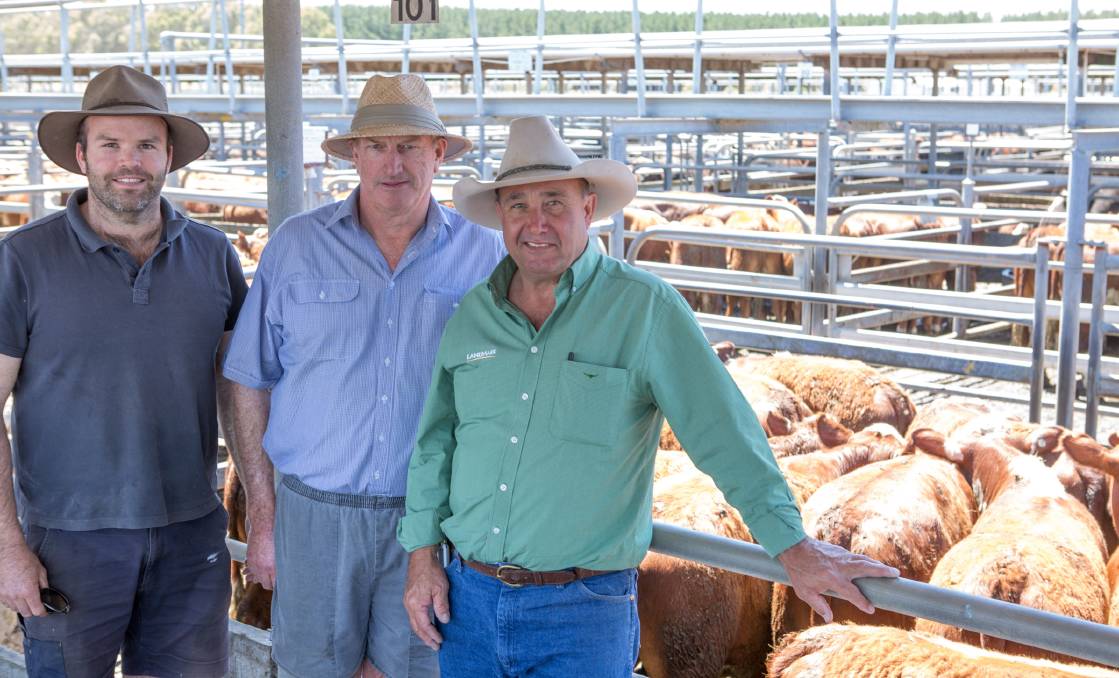 With hats removed and heads bowed, agents, vendors and buyers paused for a minutes silence to remember the fallen, just prior to the start of the monthly Mount Gambier store market for Remembrance Day on Friday.

With hats removed and heads bowed, agents, vendors and buyers paused for a minute’s silence to remember the fallen, prior to Friday’s monthly Mount Gambier store market, held on Remembrance Day.

Following the Ode of Remembrance, it was back to business, with regular local buyers and those from further afield from the Hamilton, Vic, Naracoorte and Meningie areas, gathering to bid on a quality line-up.

In a significantly larger yarding than was initially advertised, Teys Australia and Thomas Foods International were the only two feedlots represented and came up against very strong competition from local restockers.

Mount Gambier graziers DuKalkis Farming offered a line of 35 Angus steers, achieving the market high of $1675 or $3.21/kg for its top draft of 13 Angus steers, 522kg, which sold to TFI.