SHEARING stands have traditionally been a male domain but times are changing, with a growing number of female shearers showing a finesse for the job.

SHEARING stands have traditionally been a male domain but times are changing, with a growing number of female shearers showing a finesse for the job. 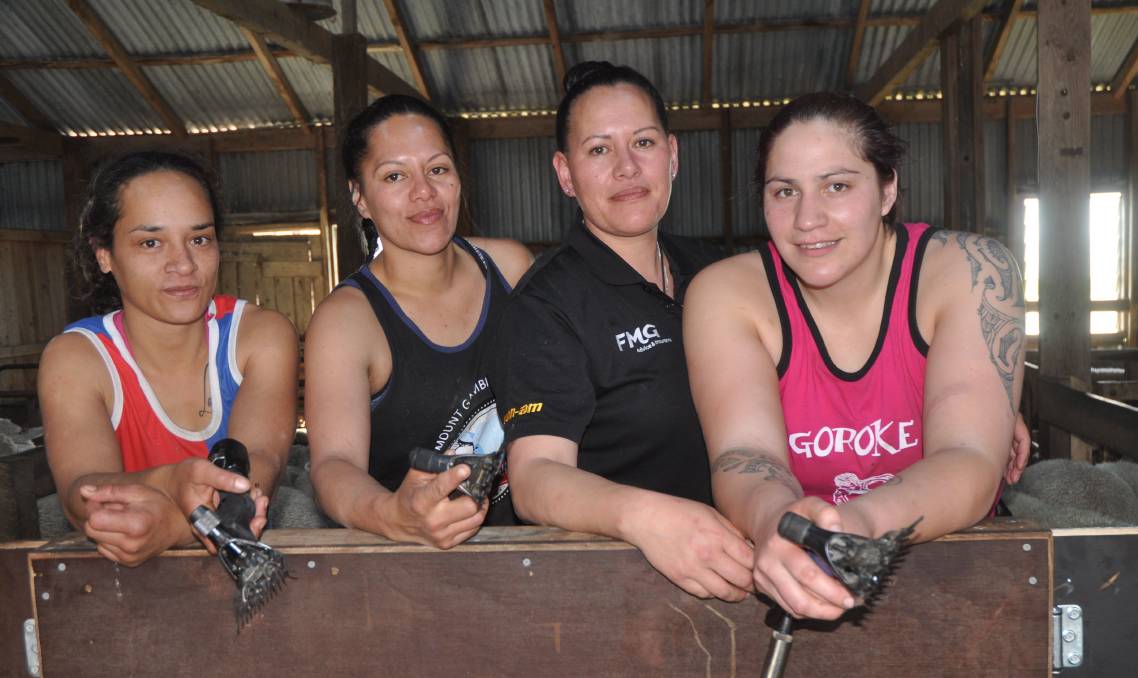 At the weekend, history was made with tafeSA running its first women-only shearing workshop at historic six-stand shed Moyhall, near Naracoorte.

Passion is what gets you through, especially as a woman. It is a hunger because you can only get better and better. - KERRY-JO TE HUIA, NZ women's lamb record holder

Many want to transition from wool handlers to shearers and were given the opportunity to learn from some of the best.

It is only the second all-women training held in Australia, with the first in Dubbo, NSW, in 2012.

After its success, sponsor Australian Wool Innovation is keen to roll more out across other states.

tafeSA shearing and wool handling program coordinator Glenn Haynes said they could have filled the spots “three or four times”.

The aim was to improve the skills of the participants and give them the confidence to “stick at it”, but also raise the profile of female shearers to potential employers.

“At every shearing school this year, we have had 10 to 12 participants and four or five of those have been women,” Mr Haynes said.

“They are keen to get into it and they are really good, but they get out of the school and get thrown back into roustabouting, whereas the young guys are getting stands.

“This is a chance for them to see where they can go with it and learn from women who know the struggle.”

Mr Haynes said with high stock prices and a widespread good season, sheep numbers were on the rise.

“We will need every single person we can get,” he said.

Mr Haynes says shearing is a great career choice for young men and women, offering an opportunity to travel and “good money” for those with the drive to succeed.

”We have young guys that have only been shearing for not even 12 months that are clearing $2000 a week and are only 18 years old, whereas apprentices are getting $280,” he said.

Ms Te Huia, whose parents are shearing contractors and trainers, picked up a handpiece six years ago and has never looked back.

“I had been watching my brothers who were all shearers,” she said.

“It looked exciting watching them run in and out, getting the wool off seamlessly.”

She spends three to four months of the year shearing in southern Australia with her tally about 240 sheep a day.

“The shearing game is a lot of strength, but you still have to be mentally strong to get through a really, really tough day,” she said.

“You could be as strong as strong, but if you don’t have a strong mind, you will crumble at work and women have that.

“If their sheep kicks out they can take a breath and wait, whereas some men are too hot-headed.

“Passion is what gets you through, especially as a woman. It is a hunger because you can only get better and better.”

Ms Chilcott remembers only a handful of women shearers when she first learnt, but says women have a good “temperament” for the job and finesse with the sheep.

“What has happened today shows there is a huge need for trainers to be there with these women and have women trainers,” she said.

“The girls here want the knowledge and will take it away.”

“Girls are exceptionally good in the shed regardless of the discipline they choose,” he said.

“They make brilliant wool handlers and wool classers with their eye for detail.

“On the shearing side, they do a wonderful job on the sheep as they are light in the fingers and shear their way around the animal rather than bulldozing through.”

According to the 2011 Australian Bureau of Statistics census, about 3 per cent of Australia’s full-time shearers were female – about 100 of the 3204.

But Mr Murray estimates this number has risen to between 150 and 200.

He says shearer shortages are “seasonal and geographical” rather than widespread, but the industry recognises the need to attract more men and women shearers in the next five to 10 years with sheep numbers rising and sheep being shorn more often.

“More than 1000 kids a year go through our novice training and out of 1000, some stay in the industry as wool handlers and some shearers, but some we never see again,” he said.

“We need to be training that many kids to find the ones that are dead-set keen.

“If they (girls) want to jump on the stand and have a crack, we are willing to provide them with the opportunity to do that.”