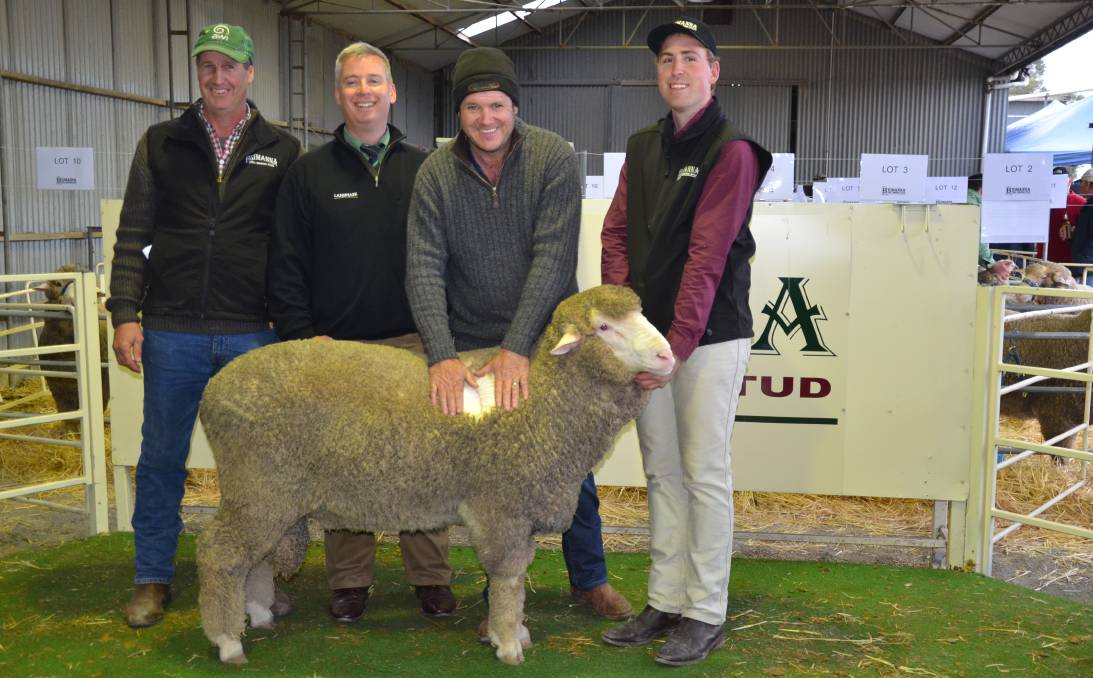 There was also full clearance of 63 rams in the main auction – three rams more than what was offered in 2015.

It was a fitting outcome for the stud in its anniversary year.

Brimanna was registered in 1984 by Rodney, Angela and John Harris, with the first auction held in 1987.

But ram breeding had long been a part of the Harris family’s enterprise, with present studmaster Jayden Harris’ grandfather Allen starting to breed rams more than 50 years ago.

Mr Rayner said there was a lot to like about the ram, with its well-nourished, white wool, tremendous length of body and heavy wool cutting attributes.

The ram weighed 111.5 kilograms with an eye muscle depth of 42 millimetres and fat score of 6.7mm.

Also buying near the top of the catalogue were return clients and Wirrulla brothers Clint and Troy Olsen, Kaira Pty Ltd, who had bought the top price ram at the sale for the past two years.

This year the Olsens bought seven rams to $5000.

Studmaster Jayden Harris was very pleased with the sale result.

“I’m really happy to see a few new buyers, as well as the return of repeat buyers,” he said.

Brimanna is continuing to attract clients from beyond the Eyre Peninsula region.

Waikerie farmer Allen Buckley, Glenrae Holdings, has bought rams for the past four years and this year took five rams to $4000.