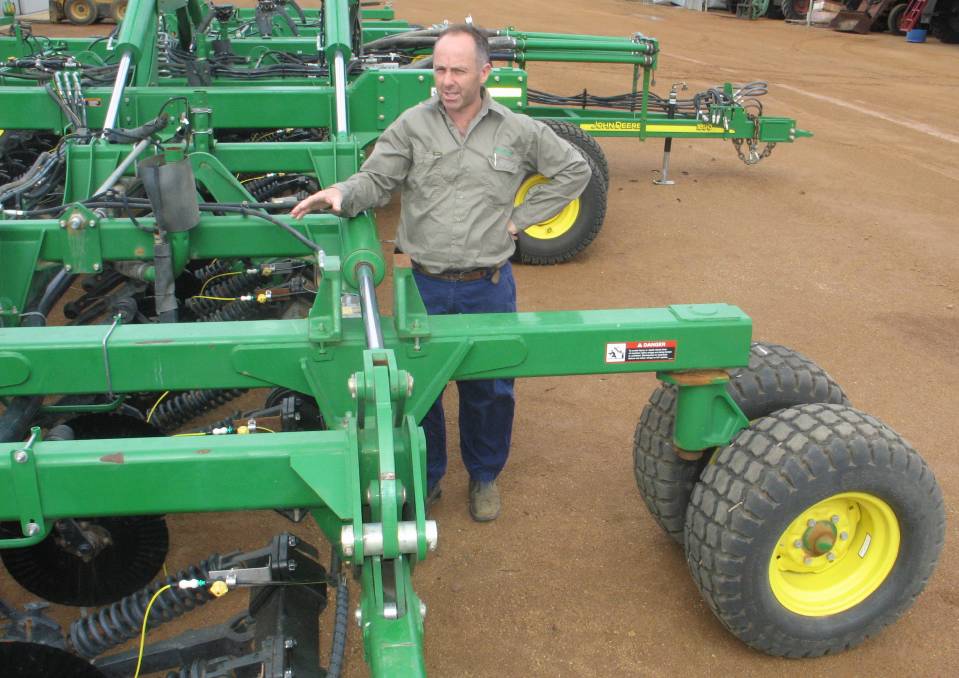 FACED with an increasing ryegrass problem, WA no-till cropper Mic Fels was forced to reassess his 30-centimetre spacings at seeding.

FACED with an increasing ryegrass problem, WA no-till cropper Mic Fels was forced to reassess his 30-centimetre spacings at seeding.

“With tynes, we needed to use wide row spacings to get through stubbles,” he said. “But the ryegrass was flourishing in the 30cm spacings, so we decided to reassess narrow rows.”

A second-hand 12-metre John Deere 1890 disc seeder was bought in 2011 to find which spacings  – 19cm, 38cm or 76cm – best controlled ryegrass, with the narrowest the most successful.

“We changed our operation from then on,” Mr Fels said. “Anything that reduces the pressure on herbicides has to be a good thing.”

But the conversion to a single disc seeder was not without its problems.

“Gauge wheels are notorious for blocking up with clay in wet conditions,” he said.

“The gauge wheels were also pushing non-wetting sand and pre-emergent chemical back into the furrow, killing some of the crop but not the weeds. There was also hairpinning, poor furrow formation, and the maintenance was high.”

“Not only could we have narrow row spacings in high residues, but the structure of our heavy soils was improving with the lack of tillage,” he said.

Mr Fels wanted the productivity of discs but the simplicity of tynes, so in 2012, he began inventing what they have since branded the ‘Alpha Disc’.

“The Alpha is a single disc system, but without the gauge wheel alongside the disc,” he said. “It uses a rippled disc and, with no gauge wheel, gets good soil throw between the runs.

“The depth is controlled by a press wheel directly behind the disc. The press wheel has enough weight on it to create a nice firm furrow, which helps with water harvesting and moisture seeking in drying conditions.”

The Fels hosted a trial with five different machines on their Esperance, WA, farm last year, which found that the 19cm discs and 30cm tynes yielded similarly, while tynes on a 20cm spacing outyielded both by about 4 per cent in a heavy soil paddock that was yielding 4.8 tonnes a hectare of wheat.

"Tynes with narrow rows would be great, but for me with the increase in sowing productivity, the ability to cope with trash across all soil types, and the increase in retained residues and soil health, a good disc is still my preferred machine,” Mr Fels said.

Mr Fels, who crops 10,500ha, has teamed up with Canadian company Timbren this year to build 50 Alpha Disc seeder units, which are being trialled by farmers across WA and SA this season. 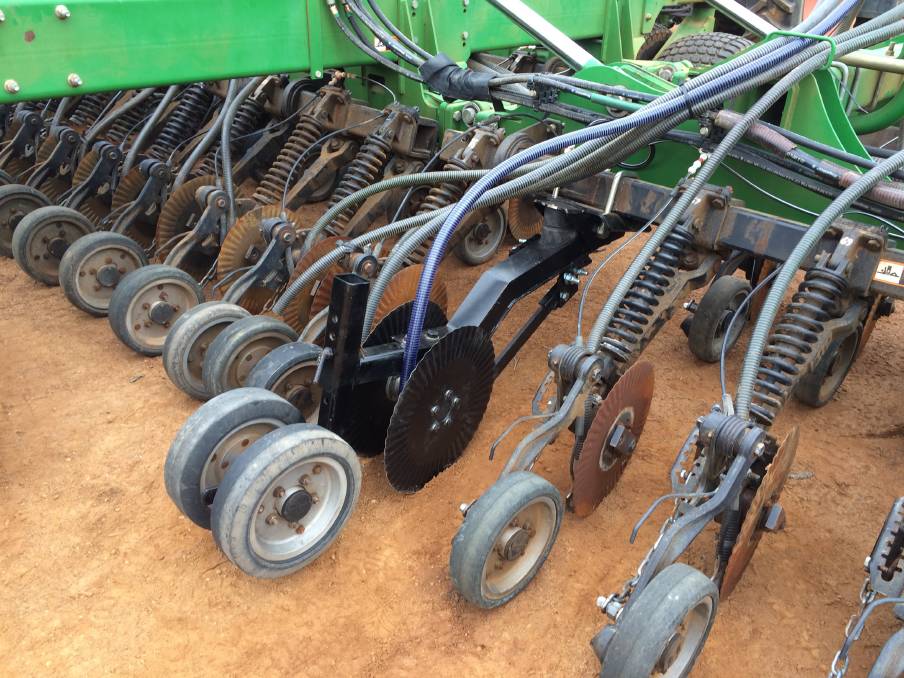 On conventional single disc seeders, the combination of gauge wheels and trailing furrow closers results in non-wetting sand and chemical being pushed back into the furrows, prompting poor establishment and seedling death, according to WA innovator Mic Fels.

But the design of the Alpha disc seeder unit changes that completely.

The Alpha disc, in non-wetting sands, ejects dry topsoil out of the furrow and places it on the inter-row, improving germination in those soil types.

“There are literally only two moving parts per crop row: the disc and the press wheel,” he said.

The Aeon rubber springs also ride smoother than steel springs, and have less wear and tear.

The Alpha disc is also the only single disc system that will allow narrow row spacings on a single rank tool bar.

“This is important when you want to go to wider machines,” Mr Fels said.

“The uncomplicated tandem arrangement also almost halves the cost a row of converting from tynes to discs.

"My next goal is to find someone who can build suitable 12m and 24m CTF toolbars to suit the Alphas."