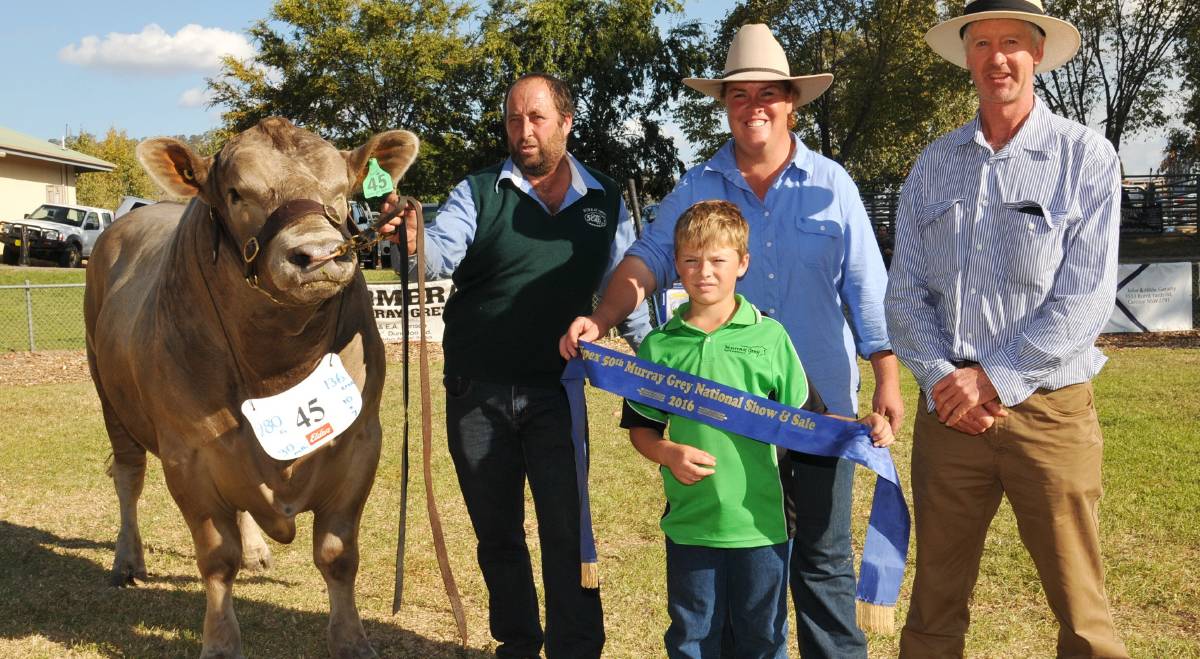 SOUTH East stud Arki claimed the $12,000 top price honours at the 50th Murray Grey National Show and Sale on Monday. It was the Buick family’s third...

It was the Buick family’s third occasion topping the Wodonga, Vic, sale in their 27 years as vendors and their second highest price behind $22,000 received in 1989.

Last year it was the senior and grand champion bull at the Royal Adelaide Show and was a class winner in pre-sale judging.

The September 2013-drop was a son of Arki Edward and out of Windhaven Chloe, acquired with the Windhaven herd in 2010.

Mr Buick said Judgement’s name reflected the confidence he had in the bull as a youngster.

“A bloke told me at 10 months old, Judgement would make a good steer, but I was backing my judgement it would make a good bull so that’s what I named it,” he said. “I like its supreme length with smoothness and great muscle pattern.”

The 980-kilogram bull with an eye muscle area of 136 square centimetres and fat measurements of 10 millimetres and 7mm was bought by Paul Francis, Ondiong Murray Greys, Dorrigo, NSW.

Mr Francis liked the bull’s typical Murray Grey muscle pattern of a comparatively big eye muscle, good growth and good structure. He plans to join Judgement to some of his 200 stud cows.

Mr Buick said it was “exciting” for the breed to have such a positive sale, especially coming off a three-day youth camp at the weekend, where more 70 enthusiasts aged 8-22 showed Murray Grey heifers and steers.

The sale was a great boost for the breed, and was held in front of more than 200 people.

The July 2014-drop had an impressive set of Breedplan figures, particularly carcase figures, and sold to Deniliquin High School, NSW. They also sold a heifer at $3000.

The 786kg bull, Onward Eagle K36, was sired by Ballyvaughan Gold Coast, which the stud bought at the National three years ago. Eagle K36 later sold to Fielding Park Murray Greys for $6000.