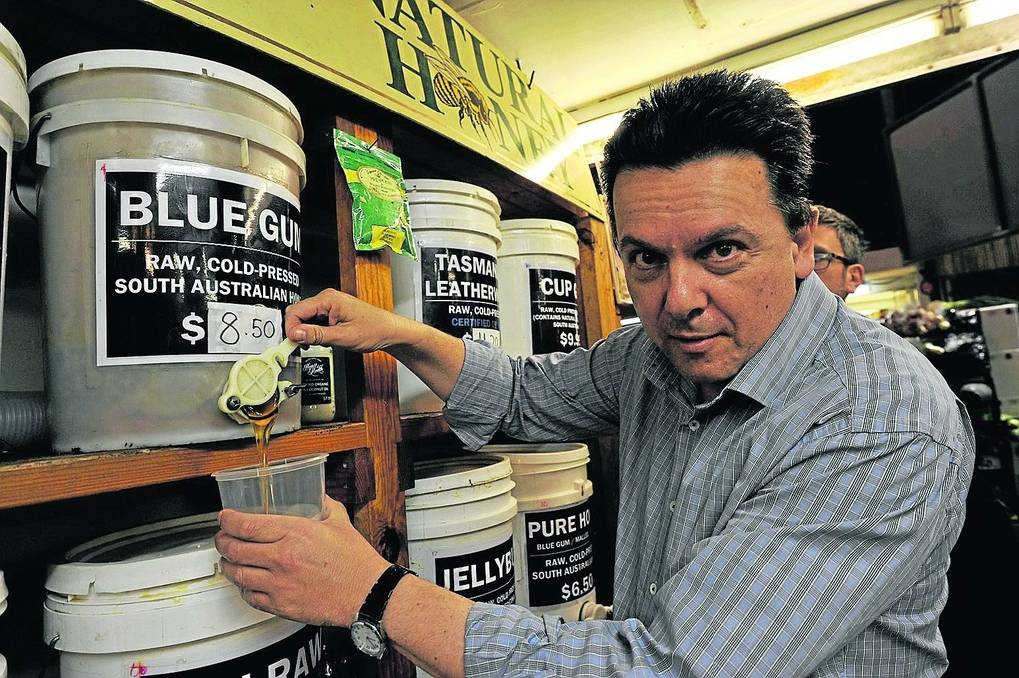 THE ongoing protection of Australia's honeybee population from a deadly overseas parasite is at "situation critical", according Nick Xenophon.

THE ongoing protection of Australia's honeybee population from a deadly overseas parasite that has decimated hives worldwide is at "situation critical", according to Independent Senator for SA Nick Xenophon.

Since 2004, the Varroa mite has been infecting hives just 150 kilometres north of Qld in Papua New Guinea.

Australia remains the only honey-producing country in the world that has not yet been infected by Varroa.

CSIRO research says the pest - which is hosted by another unwanted parasite, the Asian honeybee - kills 95 per cent to 100pc of unmanaged hives in Europe and the United States within three to four years of infestation.

If it entered Australia, the mite would progressively wipe out the feral bee population and cause estimated annual losses of $70 million a year to its horticulture and plant industries.

Sen Xenophon wants the federal government to ramp up protection measures and force shipping companies to identify and remove bee swarms from ships before entering the country.

"This is situation critical for Australian agriculture and we can't afford to stuff this up or we'll all be stuffed," he said.

"Farmers understand how serious it is, but 99 per cent of the population don't."

The beekeeping industry is worth about $90m in honey wax but about $6 billion in flow-on effects to Australia's broader food production industry through pollination.

Sen Xenophon said current levels of government funding were like "trying to fight a war with a potato gun" and claimed that "heads should roll" among those who decided to give up on the eradication of Asian honeybee so readily in 2011.

A House of Representatives Committee inquiry in 2008 recommended that the government commit $50m a year to biosecurity measures for bees and called on it to "lift its game".

But Sen Xenophon said the inquiry's recommendations had been largely ignored by the federal government and successfully moved for a new Senate inquiry into the future of beekeeping and pollination services (now underway), with submissions already indicating that bees are essential to propagate 65pc of horticultural and agricultural crop types introduced to Australia.

An Agriculture department spokesperson said the government had invested $2m to assist industry and the community in the transition from eradication to the management of Asian honeybee.

It implemented a two-year, $75,000 strategy in 2011-12 to prepare the country for the Varroa mite should it enter and become established.

The department is also funding Plant Health Australia with $132,000 to administer a National Bee Best Surveillance Program until June 2015 and has handed $73,750 in seed funding to the Australian Honey Bee Industry Council to help it prevent exotic pest incursions and to improve pest management.