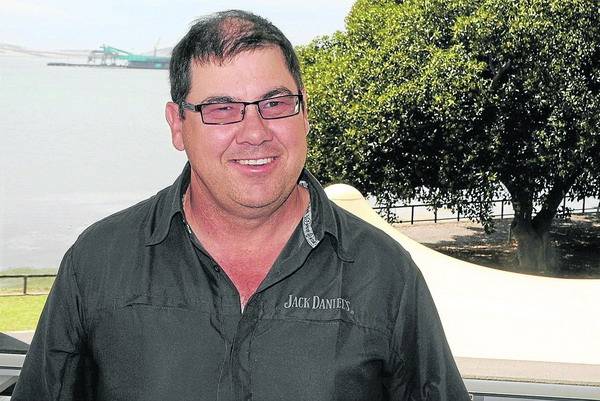 KEEPING SAFE: 2011 Farmer of the Year Rob Ruwoldt from the Victorian Wimmera believes controlled traffic farming will advance the art of crop production.

FOR 2011 Farmer of the Year Rob Ruwoldt, controlled traffic farming has proved to be the single biggest improvement to his cropping enterprise.

FOR 2011 Farmer of the Year Rob Ruwoldt, controlled traffic farming has proved to be the single biggest improvement to his cropping enterprise.

At the SPAA Precision Agriculture Association conference held at Port Lincoln last Wednesday, Mr Ruwoldt outlined how the practice had helped him overcome compaction issues, get the most from rainfall and virtually 'drought-proof' his farm.

The event was attended by more than 100 farmers from across South Australia and interstate.

At Mr Ruwoldt's Glenvale Farms property at Kewell, Victoria, the success of controlled traffic farming is evident from the yields.

In the below-average rainfall year of 2008, barley yielded 5.4 tonnes to the hectare, equating to 54.5 kilograms/ha for every millimetre of rain. The Australian average is 12kg/ha/mm.

Mr Ruwoldt and his son Justin continuously crop 2800ha of wheat, barley, canola, lentils, beans and chickpeas in an area with an average rainfall of 400mm. They have a strict policy of keeping livestock out of their business.

"For more than 28 years we have been no-till farming but the biggest change in our farming system has come from zero-till and controlled-traffic farming which we've been doing for eight years," he said.

"We've worked out the things that give us the best bang for our buck and they are inter-row seeding, full stubble retention, controlled traffic, seed placement and natural biology."

Mr Ruwoldt said controlled-traffic farming was so successful on their farm that after last year's flooding, the water on his property disappeared in just half a day - soaked up by the uncompacted ground.