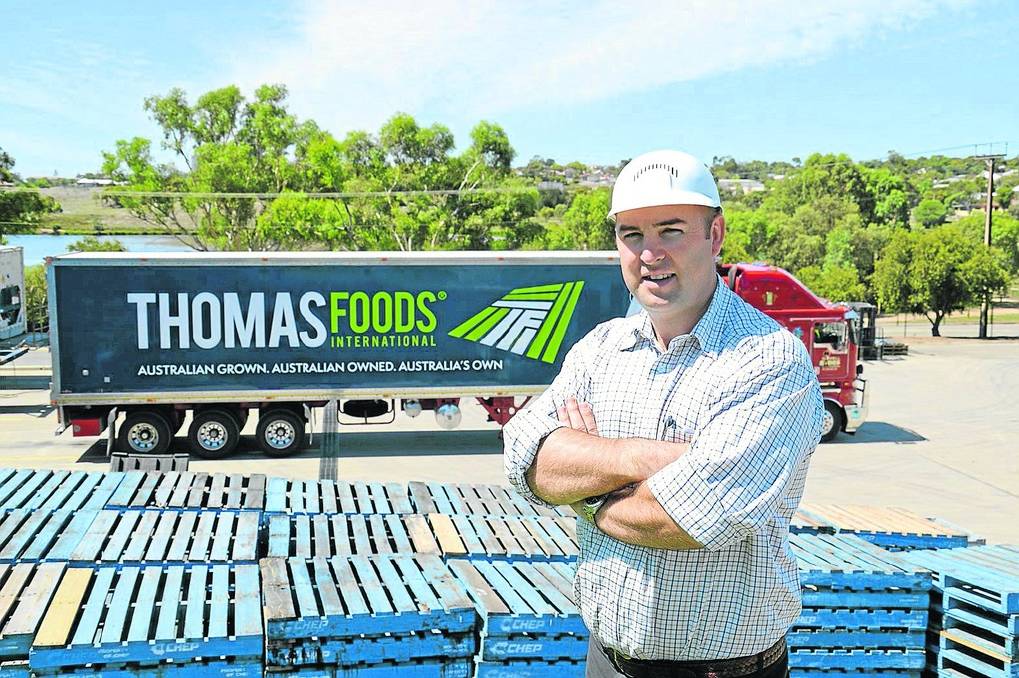 STRENGTH TO STRENGTH: TFI director of operations David McKay says the $30m in capital investment at its Murray Bridge abattoir will cement its position as an environmentally sustainable and efficient exporter.

THOMAS Foods International is nearing completion of a $30 million capital investment at its Murray Bridge abattoir - one of its largest expenditure programs in its 26-year history.

THOMAS Foods International is nearing completion of a $30 million capital investment at its Murray Bridge abattoir - one of its largest expenditure programs in its 26-year history.

Among the projects to be finished this financial year are a new $10m wastewater storage treatment facility; a $5m upgrade to its beef slaughter infrastructure; and a $10 million sustainable energy program considerably reducing C02 emissions and generating clean energy for the plant.

It has also installed a dedicated roadway, an additional three ramps for unloading livestock, and expanded its undercover holding facilities for sheep in a $5.5m lairage expansion.

TFI director of operations David McKay said the infrastructure projects were about boosting capacity and reducing the environmental footprint of the rapidly growing company which was already Australia's largest family owned meat processor.

It was also a coup for employment in the Murraylands with a current workforce of 1300-plus at the Murray Bridge plant alone, and further job creation.

"Each project provides benefit to the business, our people, the environment and the overall regional economy," he said.

The largest of the projects - a wastewater storage facility - incorporates storage lagoons five times larger in size than Adelaide Oval and located on Mannum Road, just out of Murray Bridge. It treats and stores 4 megalitres a day which is used to irrigate 120 hectares of surrounding pasture. At the start of the system at the abattoir are two covered anaerobic lagoons which generate and capture the biogas.

Two 10-megawatt dual-fuel boilers burn it along with natural gas producing up to 8000 cubic metres of biogas daily, offsetting natural gas use in the steam-raising plant.

The company will be able to generate 30 per cent of its energy requirements as clean energy and has reduced its carbon emissions by 6800 metric tonnes C02 a year.

"We are focused not only on increasing the processing efficiency of our facilities, but doing so in the most environmentally sustainable way possible," Mr McKay said.

"We see it as vital to our future growth in the global red meat industry that we continue to innovate and to be an efficient processor promoting world's best practice and hygiene, health and safety."

He hoped the capital investment would give SA producers confidence that the company was here for the long-term and encourage them to build relationships to supply TFI with stock.

"We're currently processing in excess of 120,000 lambs and sheep, and 5000 cattle per week across the group for our 80 export markets and we'd like to increase those numbers in the coming years," he said.