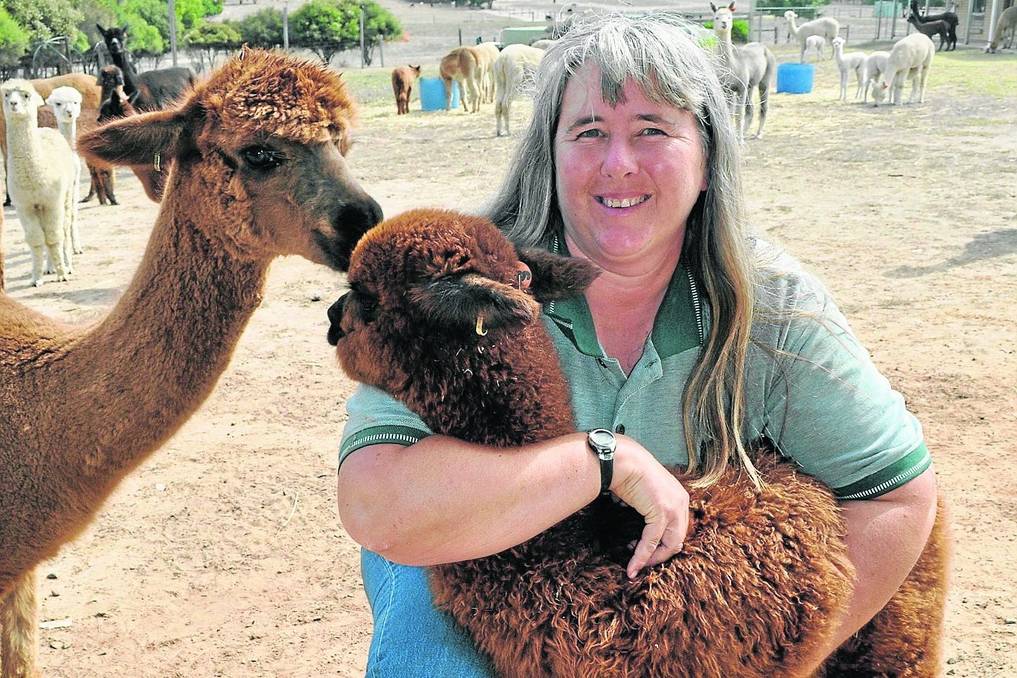 AUSTRALIA'S alpaca industry is coming of age - shaking off its tag of just producing cute, cuddly pets, to become a sustainable commercial industry.

AUSTRALIA'S alpaca industry is coming of age - shaking off its tag of just producing cute, cuddly pets, to become a sustainable commercial industry, according to SA president Greg Scarlett.

He said that with a national herd of about 200,000 animals producing close to 500,000 kilograms of fibre, it was achieving the scale necessary to supply existing markets and grow new ones.

The alpaca meat industry, still in its infancy, would provide an outlet for older animals and those unsuitable for fleece production.

There had always been a good market for wethers as guardians against foxes in lambing sheep flocks but alpacas were now being used for other guardian roles, including properties with free-range chickens

"Both in SA and on a national basis we have come through a re-adjustment period, moving from a start-up phase where there were really high-priced animals, to a much more realistic state where people can make a realistic investment and expect realistic returns," he said.

"It is not just about studs selling to other studs, but using the animals as part of an agribusiness with the cria, fibre harvesting and meat and hides - and getting a return from all four.

"People still think cute and cuddly and we have some at home which are, but we are working on new markets for fibre and continuing to strive towards an alternative business model for a lot of people."

Mr Scarlett - who runs Fleur de Lys stud at Pages Flat - commended the high quality of breeding programs of SA studs, which have won at least three supreme champions at the National Alpaca Show and Sale.

He is also pleased with the way local breeders have embraced fleece testing and are collectively marketing their fibre in grower clusters where fleeces from numerous properties are sorted into bales of similar micron and colour.

"The market is excellent for the finer, high-quality grades - ultrafine, sub-18M fleece is making around $66/kg which is quite exceptional and even the other grades are still bringing good prices," Mr Scarlett said.

"In Berry in NSW an alpaca burger was voted one of the best pub burgers in NSW and here it (alpaca meat) is available from the Central Market and a number of restaurants.

"It is really interesting and exciting times for the industry."

One of SA's larger breeders Susan Haese, Yaringa Alpacas, Currency Creek, has been breeding alpacas for more than a decade and is running 340 animals, mainly Huacayas.

She said it had traditionally been a lifestyle industry but believed there were significant opportunities for the establishment of commercial fleece and meat herds.

"It has really improved in the last couple of years with new markets opening up and more options with what you do with the fleece rather than just selling it to the co-op," she said.