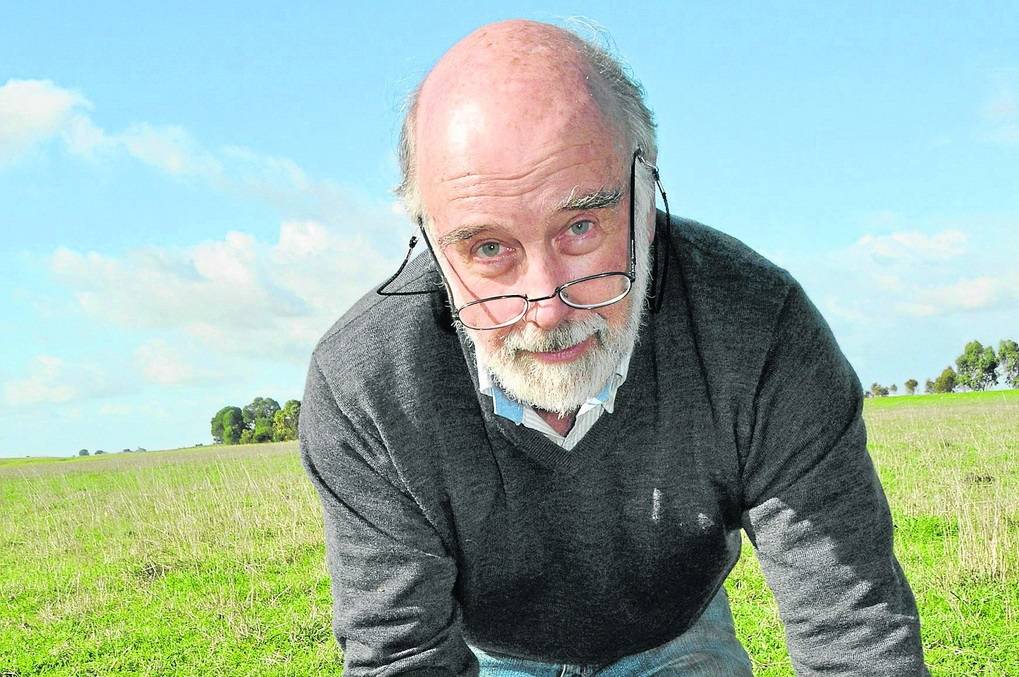 DUNG DELIGHT: Adelaide Hills dung beetle expert Bernard Doube is on a mission to improve the distribution of dung beetles across southern Australia.

FARMERS in southern Australia are reaping huge benefits from dung beetles in their paddocks, such as increased pasture production, reduced fertiliser use and healthier stock.

FARMERS in southern Australia are reaping huge benefits from dung beetles in their paddocks, such as increased pasture production, reduced fertiliser use and healthier stock, according to dung beetle expert Bernard Doube.

He said dung beetles were "real workhorses", burying cow dung to 60 centimetres deep and bringing clay to the surface. This had shown to lead to a 30 per cent to 40pc lift in pasture production for at least a decade after introduction.

"It is free clay spreading," he said. "For every litre of dung buried by Bubus bison more than 1L of subsoil is brought to the surface."

"And you get at least a doubling of earthworm populations and real increases in plant nutrients in the subsoil reducing your fertiliser bill."

A 1130-hectare Kangaroo Island property running 800 cattle was benefiting from 3000 tonnes of clay subsoil brought to the surface each year, thanks to winter-active beetles introduced 12 years ago.

And it was a real possibility that many cattle producers would be able to eliminate their annual drenching program.

"If we can get substantial burial throughout the year we will be able to break the intestinal parasite cycle,"he said. "When this is combined with rotational grazing management, it is quite likely that very few cattle producers will need to drench. This would be a huge saving of money and effort."

Dr Doube, speaking at a field day hosted by Peter and Valmai DeGaris, Killanoola, Bool Lagoon, last week, said now was the time to release the winter-active Bubus bison, one of the most important agricultural species in southern Australia.

He said the beetles that emerged from soil in May each year spent some weeks feeding, mating and maturing eggs in shallow tunnels under dung pads, then dug deep tunnels in which they bred. Breeding continued under successive dung pads until the adults died in spring or early summer.

They were available in orders of 1000 from Dung Beetle Solutions at Bridgewater.

All beetles were hand-collected then dispatched, usually through Australia Post.