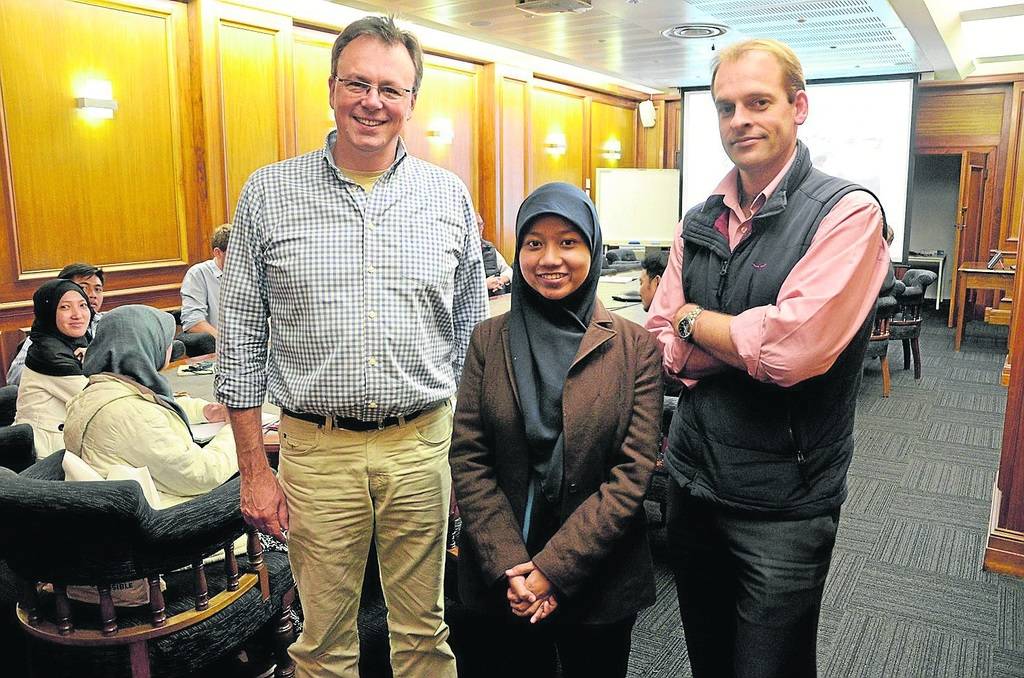 It was part of a three-week tour of Australia's agriculture industry - organised by the University of Adelaide - which in SA included abattoir visits and training from TafeSA Regency Campus.

The six students travelled to Wagga Wagga, NSW, to participate in a university meat judging competition and will spend their final week in the NT where they will see firsthand where many of Australia's livestock exports originate.

University of Adelaide Animal Breeding Associate Prof Wayne Pitchford said the program had its beginnings last year when he was taking Australian students on a tour of Indonesia. "We looked at the cattle and feedlots in Indonesia and saw the whole production system and the export assurance system in place and working," he said.

"My students were hosted by these students visiting here, who asked if I could organise a trip to Australia, and that's exactly what I've done."

The university had entered a formal partnership with BAU, and through Elders had created a "tremendous" opportunity for students to work together.

"Elders have an abattoir that happens to be on the campus of Bogor," he said.

"It's all about building relationships between countries, between students, between universities and growing both industries, so everyone's a winner out of the whole thing."

Bogor student Ria Putri Rahmadani said the Australian live export system was one of the most important aspects of Indonesia's beef supply.

"It's great to have relations with Elders because they export live cattle to Indonesia, which helps our people get jobs - in the abattoir and also in the market," she said.

"Through live exports we can maintain the cattle in Indonesia and it helps the country."