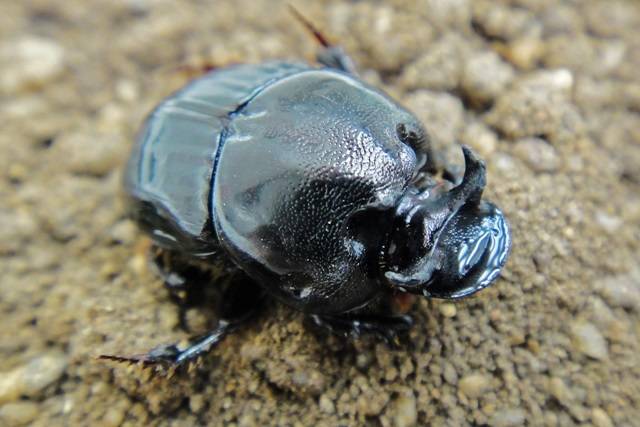 For an invertebrate that spends much of its life nestled in manure, the dung beetle plays a surprisingly important role in agriculture. Former CSIRO scientist Dr Bernard Doube recently released a book on the dung beetle.

BERNARD Doube's fascination with dung beetles started in the 1970s, through research conducted as part of his role with the CSIRO.

The Adelaide director of Dung Beetle Solutions says the invertebrate was first studied because of its role in controlling Australian buffalo fly - a huge cattle pest in northern Australia.

In his 29 years at CSIRO he spent half of his time studying the dung beetle.

He was in South Africa for seven years, in charge of the CSIRO Dung Beetle Unit at Pretoria.

"The second thing we looked at in more detail was its biology and habitat preferency," Bernard said.

"In South Africa, south of the Sahara, there are 1700 species of dung beetle, but only a small portion of them are suited for what we want. We wanted dung beetles that worked on cattle dung in pastures.

"Soil type has a major influence. There are also beetles from summer rainfall and winter rainfall regions so we established field stations near Cape Town and Natal, near a game reserve. We were trying to find biological control agents for the buffalo fly and its interaction with dung beetles."

Bernard says that at the time it was clear that dung beetles were having a huge effect on bushflies in southern Australia but not having much effect on the buffalo fly in northern Australia.

"My job was to investigate that apparent anomaly in order to find out what was going on," he said.

"I found that the buffalo fly was affected by dung beetles, but it appears that other flies were more vulnerable to dung beetle activity. The buffalo fly is a very tough fly, and has a tough egg and larvae, whereas other flies just went to the wall. Only in times of extreme beetle abundance did the fly become scarce.

"We did experiments comparing levels of fly mortality in dung pads in Australia and Africa, and found there were higher levels of mortality in Africa, so that gave us confidence that there were biological control agents in Africa that could be imported into Australia."

Bernard says that although there are more than 400 species of native dung beetle in Australia, most of these are poorly adapted to dealing with cattle dung.

There are now 23 introduced species of dung beetles, summer and winter-active varieties, in Australia.

Two more species of spring-active beetles are in the process of being approved for imports.