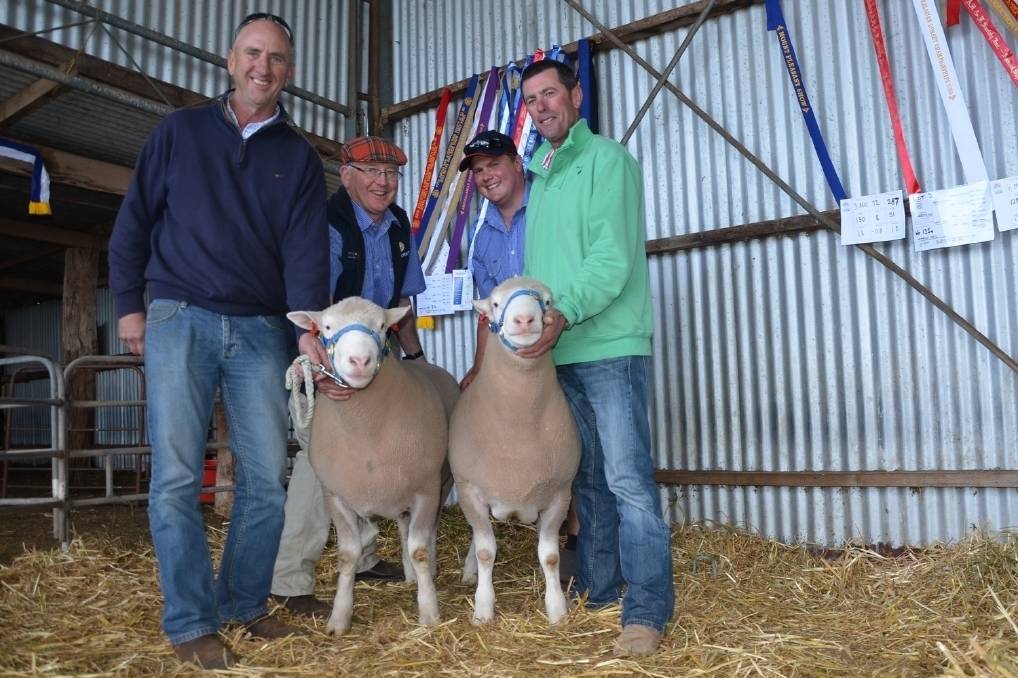 In the Poll Dorset judging at the recent Adelaide Show, the ram was also part of the best lamb production pair, best breeders group and came second in the best pair of rams.

In the sale preamble, Newbold stud principal Bill Close was proud of the stud's performance in the lamb production and maternal classes at this year's Adelaide Show.

"We aim to breed rams that produce good lambs for our stud and commercial clients," he said.

"This is the best looking line-up I have seen for a long time, I am very happy with the evenness of the offering."

As were the 45 registered buyers, bidding fiercely and pushing sale averages up across the board.

The $7000 top-priced ram went to long-time clients, the Hedges brothers, of Bugle Downs stud, Keith, who also bought the second-highest priced ram at $6400.

This May-drop ram was also part of the best lamb production pair and was in the best pair of rams group that placed second.

MS&RJ Dittrich, Truro, bought two of the highest-priced White Suffolk rams, including one that was a Mount Pleasant Show champion, while the other won it's class at the Gawler Show.