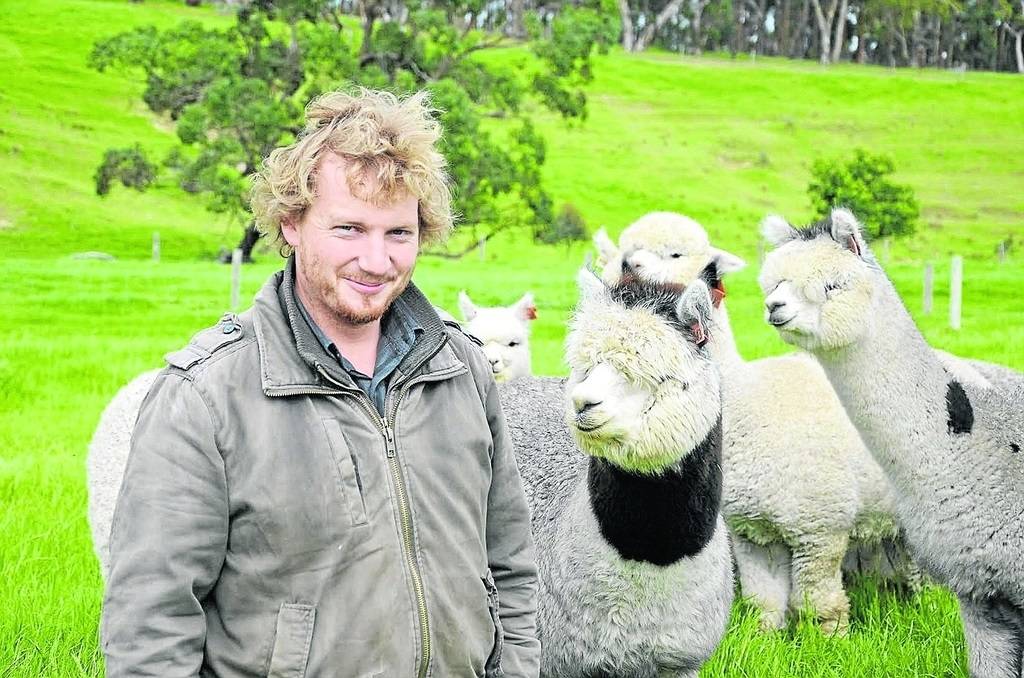 Hindmarsh Valley alpaca stud Softfoot manager Ben Schmaal sent 321 alpacas to China on the weekend. He says Australia is a ‘logical choice’ for China given its proximity and fibre quality.

AUSTRALIA'S alpaca industry was given a welcome boost this week with the second shipment to China in as many years.

AUSTRALIA'S alpaca industry was given a welcome boost this week with the second shipment to China in as many years.

The 616 alpacas - which landed at Baotou City, Inner Mongolia, on Monday - more than doubled the total number of Australian alpacas which have headed east following last year's parcel of 525 premium breeding stock.

A significant portion of the most recent shipment came from Hindmarsh Valley alpaca stud Softfoot.

Manager Ben Schmaal said a total of 321 left Softfoot on the weekend, which included animals sourced from Softfoot clients and a Western Australian contingent.

The Softfoot group was joined by Victorian animals at Tullamarine, where the alpacas - totalling 39 tonnes of live animals - were loaded into custom-designed crates aboard a Boeing 747.

A team of handlers travelled with the animals which were reported to have arrived in peak condition.

It is the first time Softfoot - the most successful exhibitor at the recent national alpaca show - has sent a shipment of breeding stock to China.

"We get lots of contact from China, lots of people enquiries - about one in 20 actually turn into something," he said.

"There's definitely a lot of interest from China for fibre and for them to develop a fibre market over there.

"For this specific shipment the interest came via our partners Wildflower; they coordinated the actual logistics of the shipment, we collected animals and ran the quarantine for those animals here."

"They obviously buy a fair chunk of the alpaca fibre on the world market and they're looking at trying to produce their own," he said.

"Australia is the logical choice to buy from given the proximity and also, Australia is renowned as having the best quality alpacas in the world now."

This week's shipment comprises about 20 per cent males and the balance females, all more than 12 months old and up to five years.

Alpacas were selected on criteria such as colour, micron, age and soundness.

"They had to be free from defects/faults, and there was also more subjective criteria based around the quality of the fibre," Mr Schmaal said.

"The maximum micron was 26, but all the decent quality alpacas in Australia are under that.

"They were looking for strong healthy frames especially; that was probably the biggest selection criteria - frame and height.

"They really like to have a sound basis to start from."

China was also looking to secure its food supply, Mr Schmaal said, and while not the intention for this shipment, it was potentially looking at alpacas as a source of protein.

Alpaca export specialist Steve Ridout, Wildflower Alpaca Exports, WA, said the interest from China was broad-based, coming from a number of organised and experienced rural operators across the country.

"We're not only providing quality livestock to China, we also back that up with a full consulting service," he said.

"We've provided specialty equipment and advice and medications, and we will be returning to China in the coming months to present a series of workshops further skilling these new owners in world's bets husbandry and development practices.

"China believes deeply, as we do, in the future of alpaca."

Australia has one of the largest alpaca herds in the world, with more than 170,000 registered animals. They are known as an eco-friendly livestock option, valued for their elite wool fibre, and healthy gourmet meat.

"We are a very significant net-export marketer of alpaca," she said.

"Australia has developed the emerging Chinese market commendably, and breeders from around Australia are now the key suppliers of commercial volumes of alpaca breeding stock into that country.

"At the same time, we continue to sell significant livestock into other markets around the world as well at very rewarding price points.

"Australian breeders should be very proud of the reputation they have built for excellence in genetics and the quality of service that they provide".