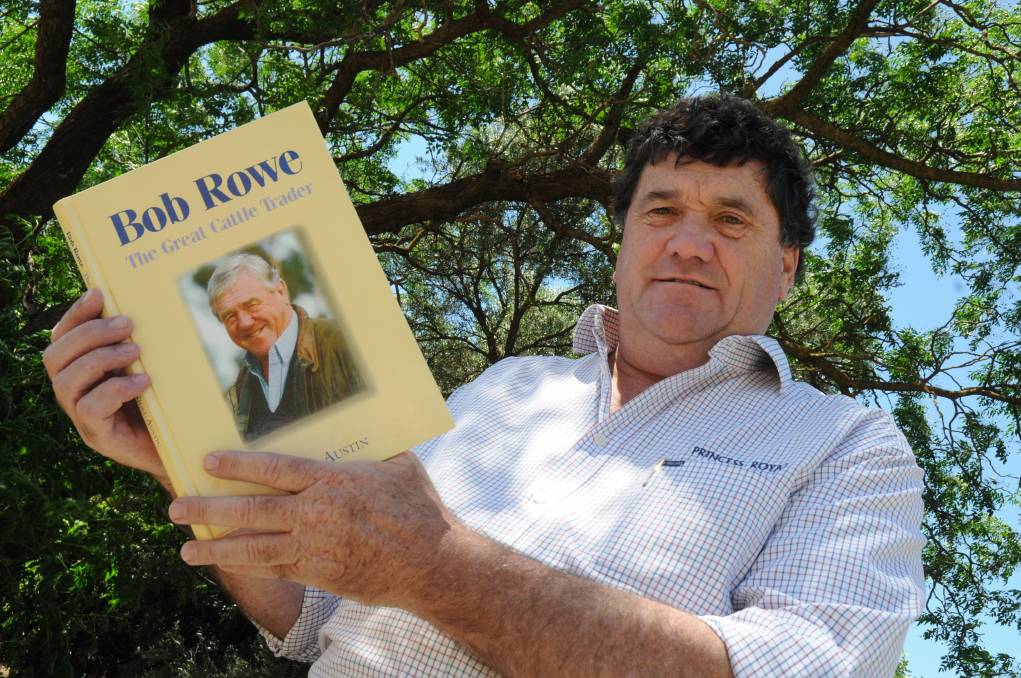 BOB Rowe relished the challenge of making something out of nothing. It was this ambition which saw him become a giant of the Australian meat and livestock industry.

BOB Rowe relished the challenge of making something out of nothing.

It was this ambition which saw him become a giant of the Australian meat and livestock industry, dealing with producers from the South East, to the NT and WA's Kimberley region.

A strong work ethic and chasing every opportunity enabled him to succeed beyond his childhood dreams.

Author of Bob's memoir, Nigel Austin, says his achievements in building a trading empire, then a large meat processing business, and finally a significant farming operation, made it one of the remarkable success stories of rural Australia.

"Bob's achievements, and the partnership he formed with Chris Thomas, were responsible for developing the company that has become Thomas Foods International. It is a fascinating insight into how to succeed in agriculture and the energy, drive and inspiration needed to be successful and to do very well financially in Australian agriculture," Nigel said.

He then became a trainee meat buyer with the Master Butchers Co-operative which set him on the path to buying livestock.

By the late 1970s T&R had the largest contract kill at SAMCOR abattoir each week - up to 3000 cattle - and also had cattle processed at interstate abattoirs.

But in 1988, after the public float of Holco, Bob formed another partnership with Chris Thomas, quickly reinstating the T&R name.

More than a decade later the Rowe and Thomas families took a huge risk buying the struggling Murray Bridge abattoir from the China International Trust and Investment Company.

But under Bob's chairmanship the company increased its turnover five-fold, developing export and domestic markets.

By the time the Rowes sold out in 2008 it was the nation's fifth largest meat processing enterprise.

In his latter years Bob was extremely proud of building a diverse agricultural operation in the Mid North.

Simon said his father succeeded in many areas but livestock trading was his number one love.

"He loved the thrill of a deal and was always thinking about the next steer, cow or heifer he could buy and where he could sell it. He enjoyed the challenge of buying right and selling for a profit," he said.

The story Sale-o for tome on cattle empire first appeared on Farm Online.