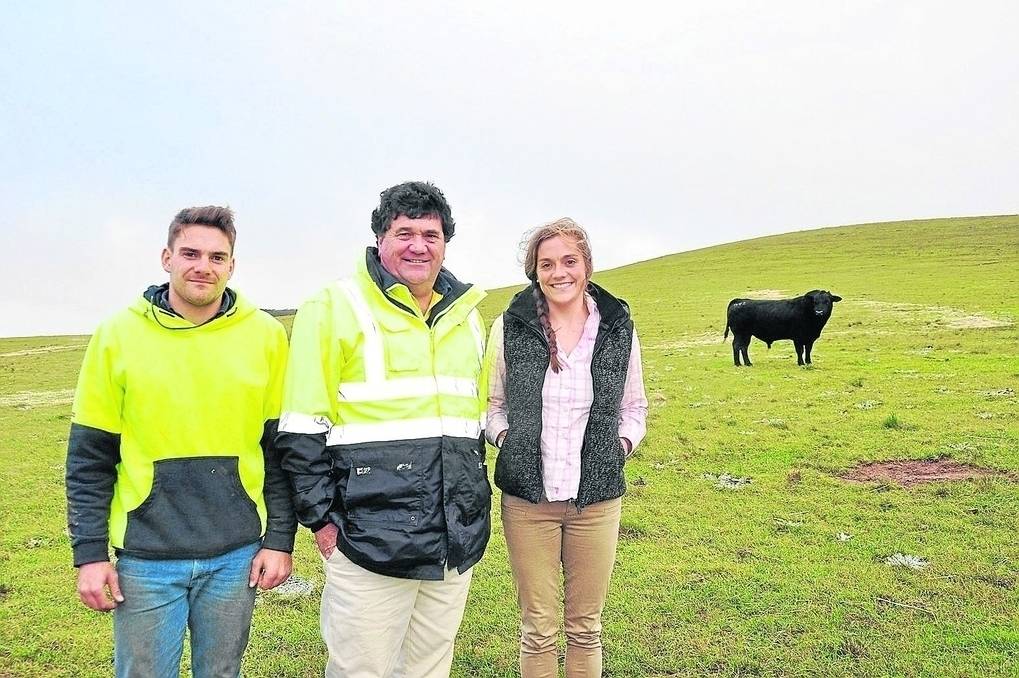 On the back of a rich history in cattle trading, the Rowe family has grown the operation exponentially in the past five years.

IT is difficult to comprehend the size of Princess Royal Station, from the 40,000 hectares of land surrounding Burra and properties in the Flinders Ranges to its 29,000 head of cattle.

On the back of a rich history in cattle trading, the Rowe family has grown the operation exponentially in the past five years.

Their innovation, drive, and passion saw them win the Regional Award and Medium Business Award at the recent Telstra South Australian Business Awards.

Simon Rowe and eldest daughter Katherine attended the national awards in Sydney on Thursday last week and although the business missed out, they put agriculture in the national spotlight.

Mr Rowe is assisted by daughter Katherine, 25, who is the operations manager, looking after HR, OH&S, Workcover, advertising and marketing and Jack, 22, a third-generation cattle trader.

They are supported by 42 full-time employees and a few casual and part-time staff.

Katherine said the award judges liked her father's drive and determination and that 'he can't sit still', but Mr Rowe said it was the "whole picture that secured the win".

"We are growing and producing and they have looked at the whole picture," he said.

"We produce kilos, buy in kilos and sell in kilos and we are implementing ways to more efficiently produce the kilos so the better off we will be."

Mr Rowe said the business had created strong relationships throughout the supply chain.

"We work with growers of steers, hay, grain, etcetera to supply us," he said.

"We are selling to major exporters, mainly to the European Union, and we have worked to gain the confidence of processors by supplying consistent produce all the time.

"In the past five years we have increased our production through consistent standards. We have gone from 50 to 2000 head a month, or one B-double a month to 50.

"We are flexible, whereas a lot of farms are rigid in supply, but we have the capability to change with the market.

"We have been in meat for more than 50 years and it has taken time to get to this point."

Princess Royal grows crops and hay for the feedlot, but sells grain that grades greater than feed quality.

"We have our own trucking company so we transport all of our livestock," Mr Rowe said.

"We look at ways to keep things in-house. People think farming is just dust, flies and dung, but it isn't - there is so much more to it.

"We have to consider environmental laws and animal welfare, our feed program and monitoring of stock, workplace laws and so on."

They said it had structured future business plans, strong vision, was community-focused and had a strong online presence, which was rare for a regional business.